Volfied is a home conversion of an arcade coin-op developed by Taito in the late ’80s. The game is very similar to Qix — the player takes control of an object whose purpose is to roam the screen, forming shapes and removing them from the play field. By way of reward, a picture is gradually revealed in the removed areas of the screen. The borders of the area which the player has not cleared become the border of the area the player’s pointer can move along.

The player’s object must avoid contact with any of the enemies which float around the screen, as this will weaken and eventually destroy it. Barriers limit which parts of the border boxes can be formed through. The goal is to clear 80% or more of the screen, and each additional percent adds bonus points.

As an arcade conversion this game allows for one or two player games in three difficulty levels, but offers no passwords or saved games across its numerous levels.

There are old games that are just that – old games, and then there are damn-good-ol’-classic games that remain from your childhood memory. Volfied is definitely the latter one.

You play as a pilot of a ship that has returned to your homeworld – “Volfied”. Soon you discover that it’s been invaded by aliens. You receive an SOS transmission from the planet, and head on to rescue the people. In order to succeed, you must conquer 80% of the “territory” in each level. The territory is captured by leaving the “protected zone”, and then creating a border for your captured territory. You are vanurable only when leaving your captured territory borders.

Your objective cannot be fulfilled easily since various bosses and their minions will try to stop you. Each level has a different boss, and different minions, which act differently. You cannot take your time and stay protected at your borders forever. Your shields are active only within your territory, but they’re limited. When your shields run out, you are vulnerable from attacks even inside your borders, making it nearly impossible to stay alive. However, do not fear! The power-ups are here for your aid! If you conquer a territory with a “block” in it, you will get a power-up. The power-ups are random, and vary from score, speed-boost, weapons, to even minions-clearing power-up!

The challenge Volfied offers is not easily beaten. When you lose all your lives, you have one chance to continue. You cannot save the game, and have to restart every time from the beginning, but it doesn’t harm the game. Every time you manage to reach a new level, you feel victorious.

The graphics in Volfied are marvelous for the time. The animations are smooth and the background is detailed, something which wasn’t seen often back then. The interface remained from the arcade version, and could’ve been better.

There is no background music, and the only sound comes from the PC speaker. These sounds can get annoying after a while, and sadly there is no option to turn them off.

Volfied is playable with 2 players, unfourtenly not at the same time. After each completed level, the other player has its turn unless he loses all his lives.

The simple and fast gameplay, the enjoyable graphics, and the challanging difficulty make Volfied addictive and playable for quite some time. Enjoy! 🙂

Plain said, you are the pilot of a starship who is the only hope to save earth… pretty weird story for a puzzle game, isn’t it? well, the game concept itself is quite original… as you move your ship you lay behind you a “line” wich cuts part of the scenery as you go on… the goal is to “destroy” in this way more than 80% of the screen… if you do so, all the monster ships in the screen will be destroyed, and you can proceed to the next level…

Graphics and sounds are both okay… in truth, they’re pretty good for the time, this game surely deserves the small download.

In this topdown viewed game you play the same game as Styx. You have to draw rectangulars on the screen in order to segment off parts of the screen. When you’ve got around 80% of the field, you go to the next level.

Good conversion of Taito’s popular arcade game of the same name. The PC version adds many bonuses and extras to the original from the early 80’s. The game is very similar to an early game called Qix: you take control of an object whose purpose is roam the screen, closing rectangles and removing them from the playfield. The goal is to clear 80% or more of the screen, and each additional percent adds more points to your balance. As an arcade conversion, Volfied features 1- or 2- player games in three difficulty levels but no passwords or saved game feature. It is much more difficult than the original arcade version, although there are three levels of difficulty to choose from. Overall, as fun and addicting as the original, with dozens of levels to ensure that you’ll keep coming back to it for a while.

How to run this game on modern Windows PC?

http://www.longplays.org\r
\r
Played by: ScHlAuChi\r
\r
Not a bad port, they even added some story + ending!
Disclaimer: Most videos by World of Longplays use SaveStates! 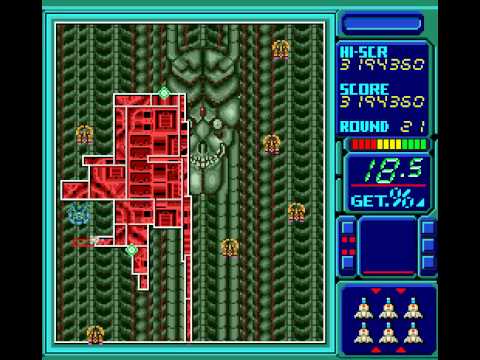 Volfied is an arcade game designed by Fukio Mitsuji and released by Taito in 1989. It is a successor to Qix, with extra features and a futuristic science fiction aesthetic, rather than Qix‍ ’​s abstract geometry style; the player pilots a small spaceship named \”Monotros\” instead of a Stix, and the enemies come in the form of various aliens.
Taking place in another galaxy, a space pilot is returning to his home world of Volfied, only to discover that it is under attack by an unknown alien force. The few remaining Volfied inhabitants are in an underground location of the planet and signal the pilot to their aide. The pilot flies to Volfied using his ship’s defensive weapons in order to eliminate the alien threat and save his people.
The overall gameplay is identical to that of Qix. However, the main enemy is no longer a collection of lines instead it varies between levels, and is always accompanied by smaller enemies. When the player’s spaceship succeeds in claiming a section of the level, the side where the main enemy is taken as \”the outside\”. Any smaller enemies ending up on \”the inside\” are killed, resulting in point bonuses. In order to complete a level, the player must claim at least 80% of a level’s area. Previously, the limits were 75% in Qix and 70% in Super Qix. Each level in Volfied has a unique background and enemies. As the player claims areas of the level the cleared area graphic is replaced with the graphic of the next level. Grey boxes also appear on the field these give the player a random powerup when collected. Power ups can grant the player speed or even weapons. There is a special completion bonus on certain levels, often attained by shooting the main enemy. 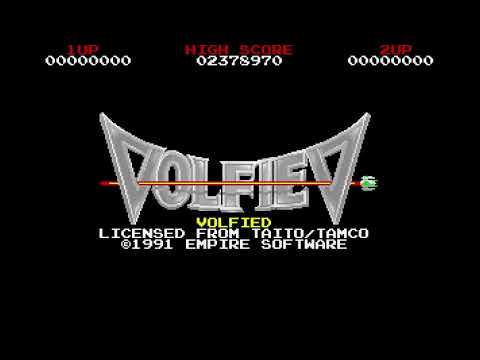 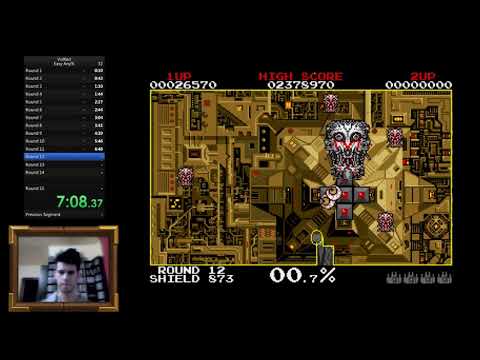 http://www.longplays.org
Played by: ScHlAuChi
Disclaimer: Most videos by World of Longplays use SaveStates! 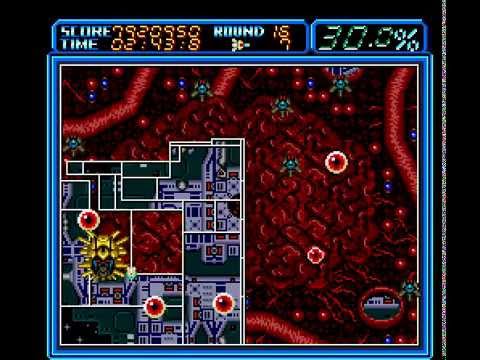 This was originally recorded just before I started my Mega Man X3 LP. It had been a while since my last set of videos, so I wanted to \”test\” a short game to make sure everything was good to go. It took me several tries, but I finally got a decent run. 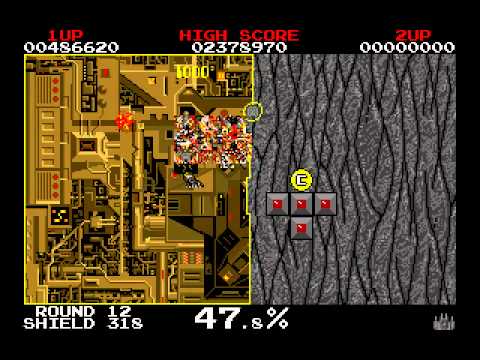