HER role in the BBC’s War And Peace was so raunchy that Tuppence Middleton was called “the naughtiest woman on TV”.

The British actress played a promiscuous Russian aristocrat who had an incestuous affair with her brother, romped on a dining table and entertained legions of men.

But viewers will see Tuppence in a more wholesome, though no less fun, role when the hotly anticipated Downton Abbey film is released later this month.

She stars as Lady Bagshaw’s maid, Lucy Smith, who is helping to prepare the Yorkshire country home for a visit from the Royal Family — and there is romance on the cards with estate manager Tom Branson.

But there won’t be any stripping off for Tuppence in this period drama, not that she would have shied away from more nudity.

In one interview the 32-year-old said: “I don’t have a problem with doing intimate or nude scenes, it’s part of our everyday life, so it seems weird not to show it.

Now she is set to star in a slightly more wholesome role, although she wouldn’t shy away from nudity in Downton Abbey either

“But it’s really up to the individuals how they want to do that.

“Weirdly, in your twenties, you have the body that you never appreciate, but I feel so much more comfortable and confident in my body now.

“Maybe I’m not the most toned person, or I don’t go to the gym or whatever, but I feel much more willing to show my body.

“I’m more comfortable with people seeing my body as I am now, because I think that, as an actor, it’s really important to represent lots of different types of people — and real people.”

It is this new-found confidence that drives Tuppence to avoid plastic surgery, saying she would rather age naturally.

She explains: “It’s sad that so many people feel they need to alter their image. There is something really beautiful about ageing naturally.

“That way, you’re representative of whatever age you are at the time and you have that voice as an actor.

“It’s a choice if people want to have surgery, but I would feel really uncomfortable not being able to use my face and make expressions.”

It wasn’t an easy road to being this self-assured.

Tuppence battled anxiety while growing up in Bristol with her dad Nigel, an investment manager, and mum Tina, a hairdresser.

She recalls: “I struggled with various things when I was younger. The first thing that I noticed was issues with OCD.

It’s her new-found confidence that makes her feel comfortable when stripping off, and it drives her to avoid plastic surgery

“It started, as it typically does, with cleanliness and hand washing and very strict routines — obsessing about turning off the light switch, turning off the oven, making sure the gas is not on and all that kind of stuff.

“Then, as I got older, it developed into a more generalised anxiety and I didn’t feel like I had much of a voice when I was younger.

“I didn’t know that it was unusual, I didn’t know it was something I was struggling with, because I think a lot of people don’t know the signs or who to talk to.

“They don’t know what to do about it.”

Tuppence found a distraction in acting and a natural talent saw her go on to study at the ArtsEd drama school in Chiswick, West London.

She recalls: “I was very, very shy in public and school and quite loud and brash at home.

“So it was a nice outlet for me to be able to be confident. I acted as a hobby when I was a child but wasn’t initially very good at it.

“I always thought, ‘Well, I like doing this, but good luck making a career out of it’. But the more I did it, the more I loved acting.

As well as chatting about body image, Tuppence talks about how she found her love for acting

“I’m still a bit amazed that I’ve managed to make this my career. As an actor, when you finish a job, you think, ‘That’s it, I’ve had a good innings’.

“Now, if I speak to people who want to act, I say, ‘Don’t give yourself a back-up’. If I had gone to university, I wouldn’t be doing this job now.

“Having that pressure and no other option just made me work that much harder for it, because you have no other choice.”

Tuppence is best known for playing temptress Helene Kuragina in the 2016 adaptation of War And Peace.

But she was already familiar with on-screen nudity.

Her rise to fame took in roles in blockbuster Jupiter Ascending with Channing Tatum and Mila Kunis and Netflix’s sci-fi drama Sense8 — where she had to dye her hair platinum blonde.

But before finding fame, it was her name that got her the most attention.

In some parts of Britain, Tuppence is old slang for a woman’s private parts, but this has never fazed the actress, who jokes that it makes her more “memorable”.

She has also appeared in blockbuster Jupiter Ascending

She says: “Tuppence was what my grandmother nicknamed my mother, so she gave it to me.

“I became aware of (its other meaning) when I went to drama school.

“It’s always an advantage to have a memorable one. I haven’t met anyone else with my name. I think they are out there, but I’ve yet to meet one.

Tuppence admits that before finding fame, it was her name that got her the most attention

“There are a lot of cats, apparently. People always send me messages on Twitter about cats called Tuppence.”

The drama has been a huge success in the US, too, with the film selling more advance tickets on the first day than any other drama there this year.

Yet despite her starring role alongside established actors such as Hugh Bonneville, Dame Maggie Smith and Joanne Froggatt, Tuppence is determined to stay grounded.

However, she sees it as an advantage as it makes her memorable, and few others share it

She says: “I always wanted this to be a long-term career.

“I didn’t want to be in a film and straight away be famous.

“Where do you go from there when you are 21 with all this success? A lot of people are equipped for that, but I wasn’t ready at 21.

“I needed to get to know myself, get to know my tastes, and figure out what I want to do with my career. I’m in no rush to be in Hollywood or famous.

Tuppence vows to stay grounded as she has always wanted acting to be a long-term career, not a way to get famous

“I just want to do jobs I love and see where it takes me.

“I was always really scared of leaving drama school and immediately going into a huge film because you really put yourself out there, and people can be so judgmental.

“Especially as a woman in the industry, you learn to stand up for yourself and how to say what you want and what you need without feeling like you’re being tricky or difficult.

“You do just eventually find your space and try to own it.

“I would love to work into my eighties. I don’t want to be someone who only does a couple of big films and is famous for 15 minutes.

“It’s important as an actor to not just work when you’re young but when you’re older too, because there is so much to explore.”

Something tells me Tuppence will get her wish.

Disclaimer: Here we may use some copyrighted Footage. We are not the owner of those footage. We use this footage just for entertainment purpose. This is fall under fair use. Please knock us if you have any copyright claim. 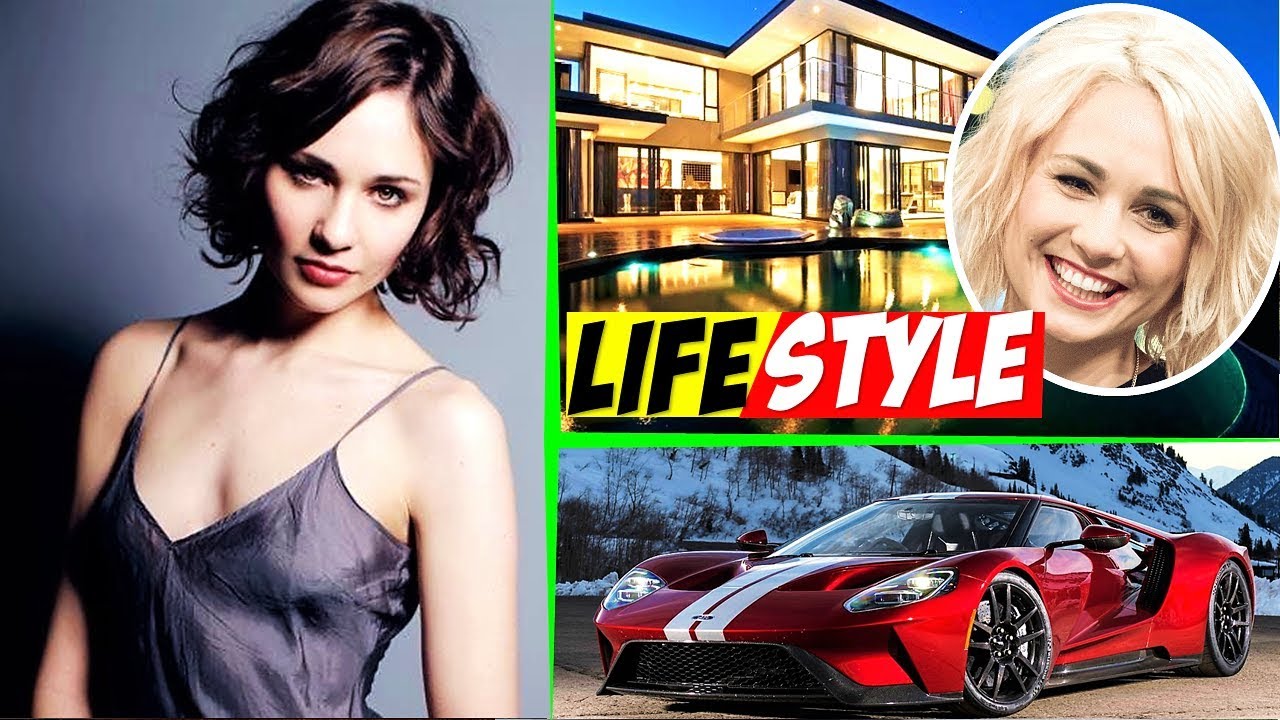 The actors talk with AM to DM about the movie, as well as \”Sense8\” and the prospect of an allfemale Marvel movie.
AM to DM is a live morning show from BuzzFeed News. Watch it at 10 AM ET every MondayFriday at http://live.twitter.com/am2dm
▸ Twitter: http://twitter.com/AM2DM
▸ Instagram: http://instagram.com/AM2DM 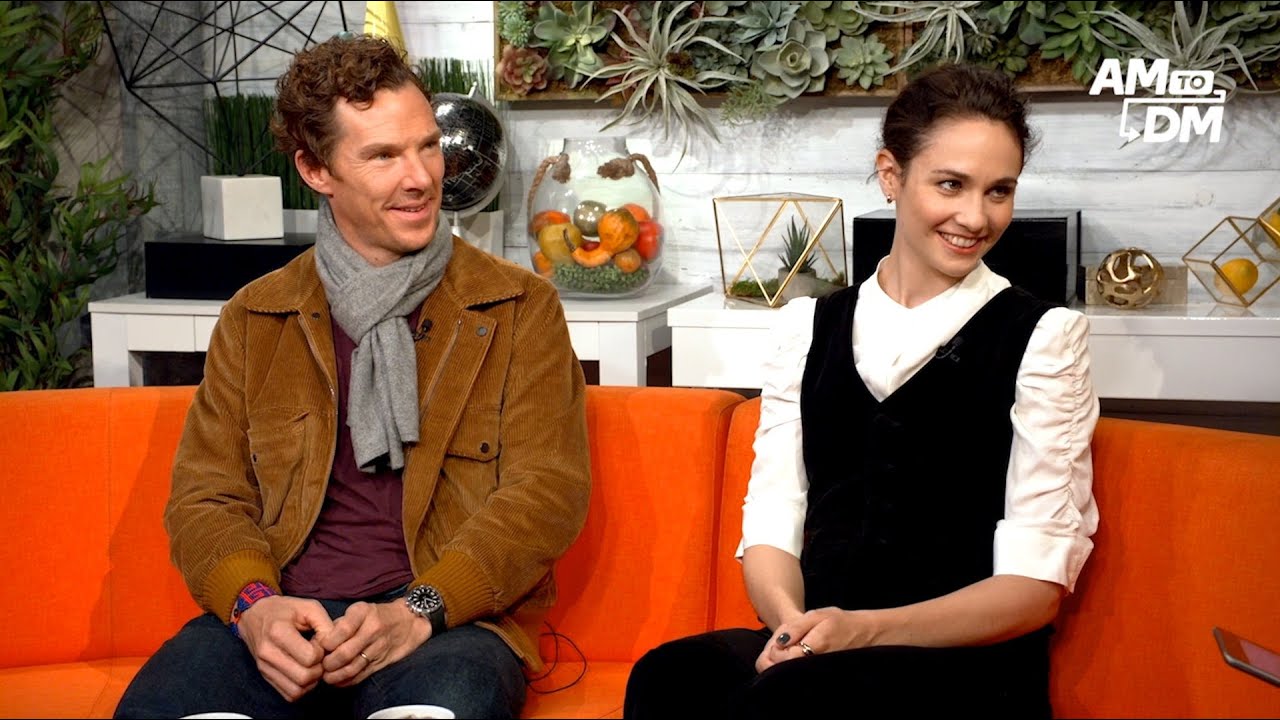 Check out the new trailer for Fisherman’s Friends starring Dave Johns \u0026 James Purefoy! Let us know what you think in the comments below.
► Visit https://www.fandangonow.com/details/movie/fishermansfriends2019/MMV76869E838CF1E1F0DA824347710CFC1B0?cmp=Indie_YouTube_Desc
Want to be notified of all the latest indie movies? Subscribe to the channel and click the bell icon to stay up to date.
For more information on how to go safely to the movies, visit https://www.fandango.com/safety
US Release Date: July 24, 2020
Starring: James Purefoy, Meadow Nobrega, David Hayman
Directed By: Chris Foggin
Synopsis: A fastliving, cynical London music executive (Danny Mays) heads to a remote Cornish village on a stag weekend where he’s pranked by his boss (Noel Clarke) into trying to sign a group of shanty singing fishermen (led by James Purefoy). He becomes the ultimate ‘fish out of water’ as he struggles to gain the respect or enthusiasm of the unlikely boy band and their families (including Tuppence Middleton) who value friendship and community over fame and fortune. As he’s drawn deeper into the traditional way of life he’s forced to reevaluate his own integrity and ultimately question what success really means.
Watch More:
► New Indie Trailers: http://bit.ly/2Ey7fYy
► In Theaters This Week: http://bit.ly/2FrFEK1
► Comedy Trailers: http://bit.ly/2D3uhdR
► Movie Clips: http://bit.ly/2qTZMRE
► Behind the Scenes: http://bit.ly/2AQ16on
Fuel Your Movie Obsession:
► Subscribe to INDIE: http://bit.ly/2Ewwuuf
► Watch Movieclips ORIGINALS: http://bit.ly/2D3sipV
► Like us on FACEBOOK: http://bit.ly/2DikvkY
► Follow us on TWITTER: http://bit.ly/2mgkaHb
► Follow us on INSTAGRAM: http://bit.ly/2mg0VNU
Fandango MOVIECLIPS INDIE channel is the destination for all things related to indie, foreign, and documentary films. Subscribe to keep up with the latest festival news, art house openings, film reviews, and more. 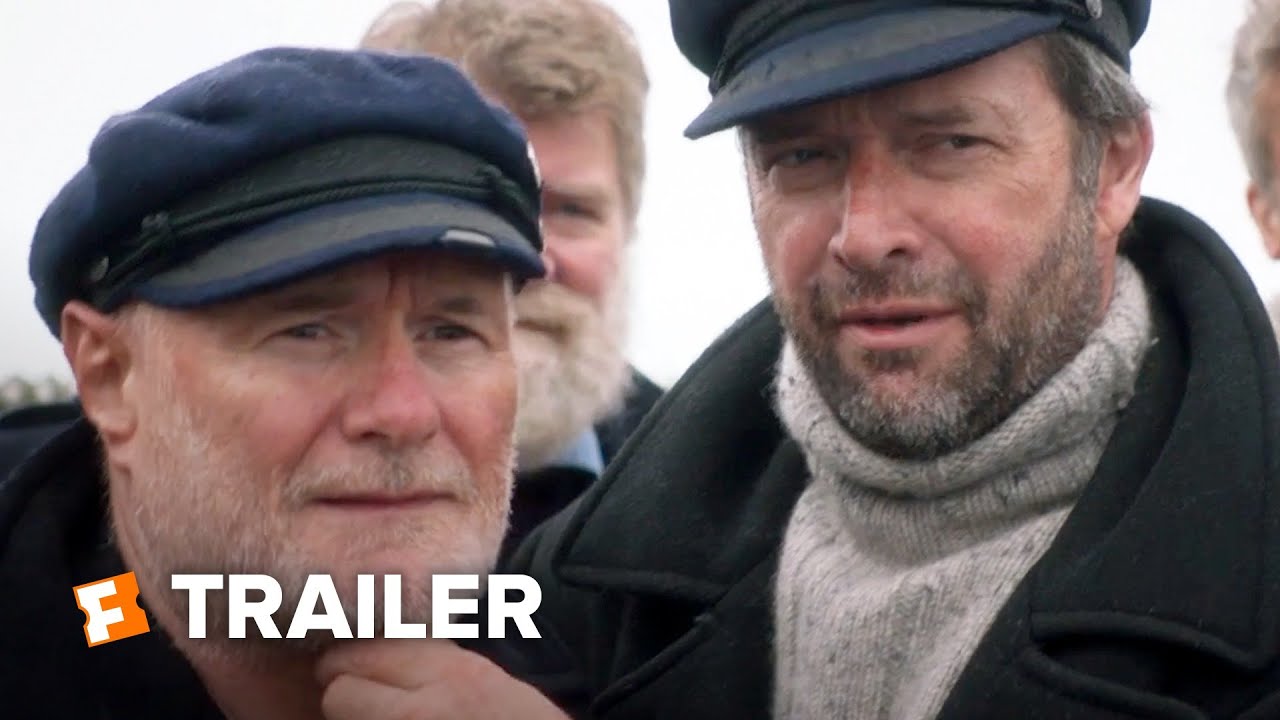 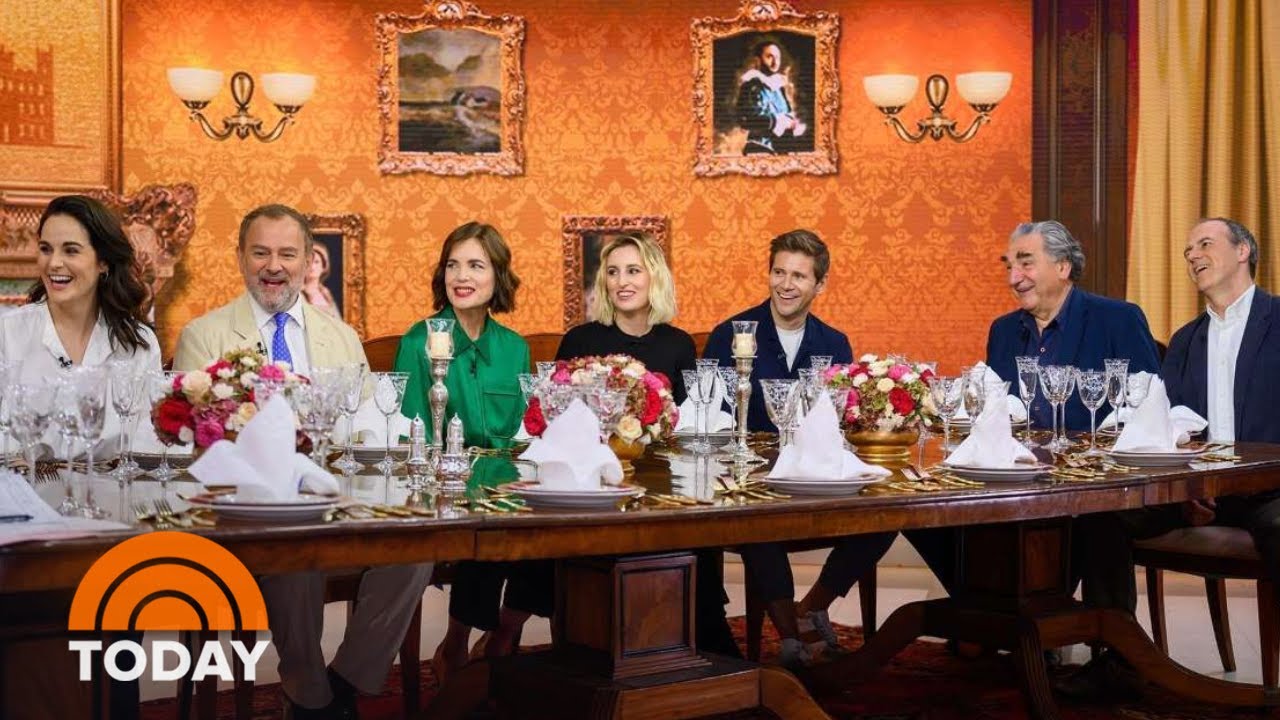 Recorded 11/8/13 as a part of DePaul University’s School of Cinema and Interactive Media’s
The Wachowskis discuss filmmaking, aesthetics, and the Chicago Bulls in this intimate conversation with the team behind The Matrix Trilogy, Cloud Atlas, Speed Racer, Bound, V for Vendetta, and Jupiter Ascending. 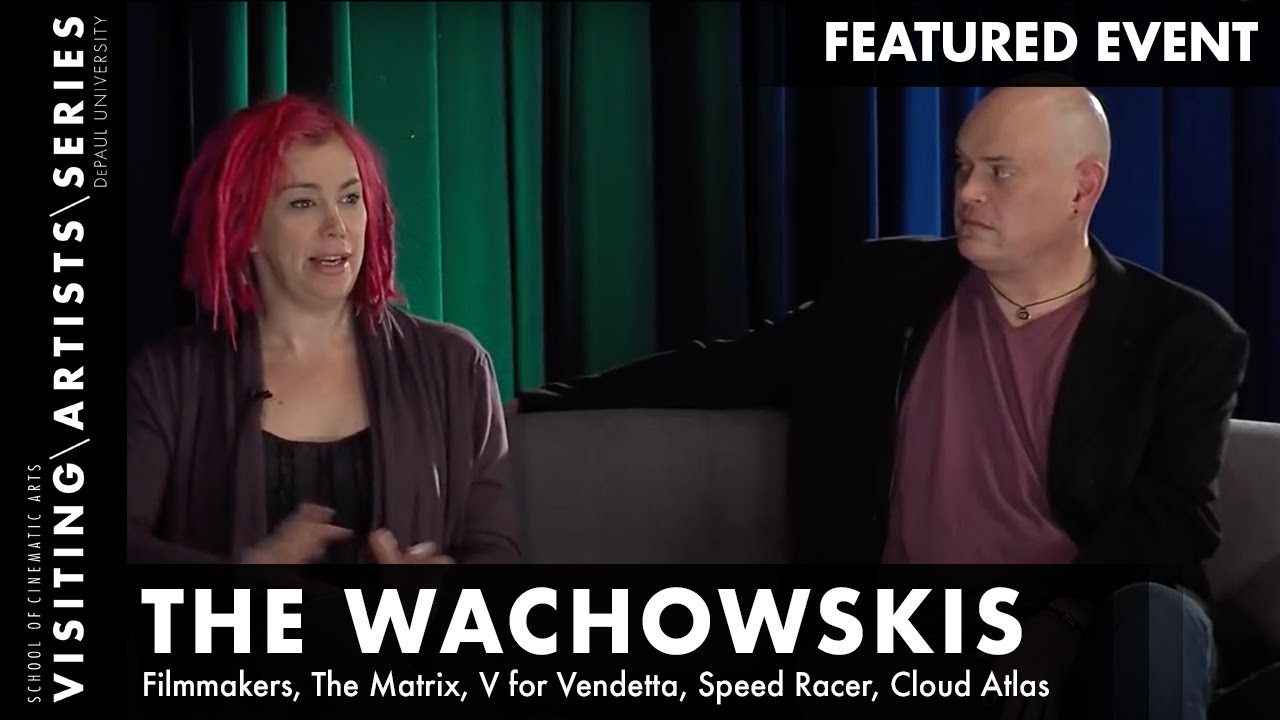