Tomas Soucek’s controversial red card against Fulham has been overturned after West Ham’s claim of wrongful dismissal was upheld by the FA.

Soucek was controversially sent off by referee Mike Dean after his elbow made contact with Fulham striker Aleksandar Mitrovic’s face in the closing stages of their 0-0 draw on Saturday.

West Ham lodged a claim of wrongful dismissal on Sunday, and on Monday an independent regulatory commission upheld the appeal after confirming there were sufficient grounds to remove the suspension.

“Tomas Soucek will be available for West Ham United FC’s next three fixtures following a successful claim of wrongful dismissal,” an FA statement read on Monday.

“The midfielder was sent off during a Premier League fixture against Fulham FC on Saturday for violent conduct.”

The Czech international was at risk of a three-game ban for violent conduct which would have forced him to sit out the Hammers’ FA Cup fifth-round tie against Manchester United on Tuesday, as well as their Premier League games against Sheffield United and Tottenham.

I am glad my red card against Fulham has been overturned. I’ve checked it, I’ve gone over 200 games without a single red card. My entire career. I am looking forward to helping the team in the important games this week! Thanks for your support!#westham #whu #COYI pic.twitter.com/wANFeAFmhf

“I am glad my red card against Fulham has been overturned,” Soucek said on Twitter. “I’ve checked it, I’ve gone over 200 games without a single red card. My entire career.

“I am looking forward to helping the team in the important games this week! Thanks for your support!”

Dean showed a straight red card to Soucek after consulting the pitchside monitor, after being invited to do so by VAR official Lee Mason, despite there appearing to be no intent behind the contact.

FREE TO WATCH: Highlights from Fulham’s draw with West Ham in the Premier League

It is the second time in the space of four days that the FA has rescinded a red card awarded by Dean, after Southampton similarly won an appeal over Jan Bednarek’s dismissal against Manchester United.

In both cases, on-pitch referee Dean was assisted by Mason, who was the fourth official at Old Trafford and in the VAR seat for the Craven Cottage clash.

West Ham manager David Moyes said he felt “embarrassed” for Dean is his post-match comments on Saturday, and on Monday emphasised his frustration.

“My reflections are that I’m disappointed with football in general, that the officials involved would allow these situations to take over the game,” Moyes said.

“I think every footballer’s got a responsibility to do the correct thing. I feel that officials are giving footballers the opportunity to gain success in some way from their actions.

“The only people who can stop it are the officials. If players are going to be successful, gaining an advantage in the game, we can’t let that happen.”

“I don’t think there is any doubt that this is an error. Because they are grappling, I think Soucek wants to bring his arm from in front of Mitrovic to the back. He’s lifting his arm up to put it on the other side of his head and has caught him with a glancing blow on the side of the face.

“I liken it to raising your hand in a bar to catch the barman’s attention and you hit the person next to you with a glancing blow. You’d just turn, say sorry and get on with it, and I think the players were happy to get on with it.

“Where I feel for Mike Dean, the VAR triggered a review and he went to the review area. The VAR told him to look at Soucek’s clenched fist, something VAR looks out for, because when you clench your fist it’s as if you’re giving power to a decision. Well, I don’t think it was that, Soucek may have had a clenched fist but it wasn’t to gain power.

Ref Support UK’s Martin Cassidy says the help given to referees must be looked at differently at all levels of football, after Mike Dean received death threats on social media.

“It was an error of judgement, everyone I’ve spoken to has said it was an accident, and it has been rescinded. The right decision has been reached, and it has also been made quickly, which puts it to bed, and everyone can move on.

“Mike Dean couldn’t come out and say he made a mistake because he cannot prejudice the Premier League’s process of either issuing a suspension or rescinding the red card. It’s a very difficult situation, it’s a balancing act and what they have got at the moment is the fairest way.

“In terms of Mike Dean listening to Mitrovic saying it wasn’t a red card, I think you’ve got to be careful. As a referee you have to be completely impartial and make your own decisions. The reaction of players can tell you certain things, but it is not an accurate barometer.”

Mike Dean has asked not to officiate a Premier League game this weekend after receiving abuse and death threats on social media for the two red cards handed to Soucek and Bednarek.

Dean’s family has also been targeted with social media abuse. All abuse has been reported to the police.

However, the 52-year-old is still going to referee Wednesday’s FA cup game between Leicester and Brighton and may return to Premier League action the following weekend.

If he does so, it is possible he could work alongside Lee Mason again as officials generally work in groups.

On the situation, PGMOL managing director Mike Riley said: “Threats and abuse of this nature are totally unacceptable and we fully support Mike’s decision to report these messages his family received to the police.

“Nobody should be victim of abhorrent messages like this. Online abuse is unacceptable in any walk of life and more needs to be done to tackle the problem.”

This is the message from Sky Sports presenters and reporters, who have united in supporting a new campaign aimed at raising awareness of online hate and abuse on social media

Sky Sports is committed to making our channels a safe place for debate, free of abuse, hate and profanity. If you see a reply to Sky Sports posts and / or content with an expression of hate on the basis of race, colour, gender, nationality, ethnicity, disability, religion, sexuality, age or class please copy the URL to the hateful post or screengrab it and email us here.

I must state that in NO way, shape or form am I intending to infringe rights of the copyright holder. Content used is strictly for research/reviewing purposes and to help educate. All under the Fair Use law.
Content is both TRANSFORMATIVE and EDUCATIONAL in nature.
Content is in compliance with Content Quality section of YPP Policies as the editing adds creative value which makes content unique.
\”Copyright Disclaimer Under Section 107 of the Copyright Act 1976, allowance is made for \”fair use\” for purposes such as criticism, comment, news reporting, teaching, scholarship, and research. Fair use is a use permitted by copyright statute that might otherwise be infringing. Nonprofit, educational or personal use tips the balance in favor of fair use.\” 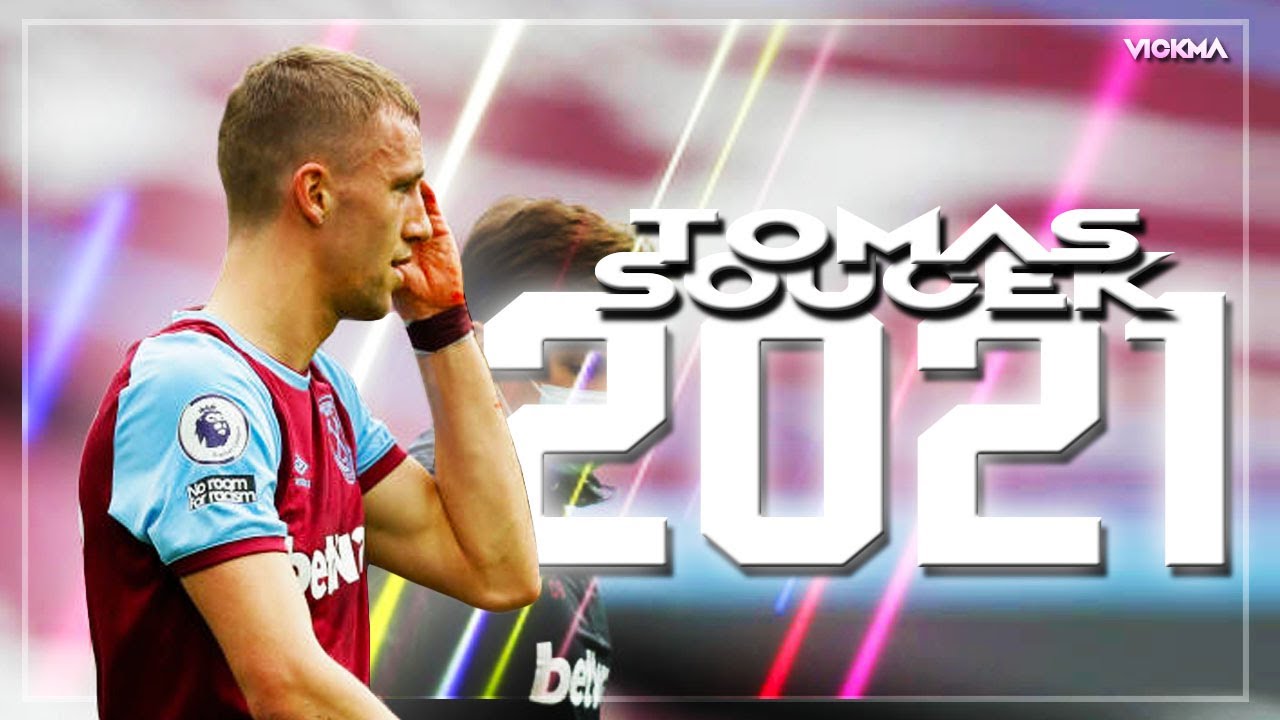 Tomáš Souček suffers facial injury horror because Salomón Rondón kick no red card (Everton vs West Ham United)
West Ham United picked up all three points from their visit to Goodison Park against Everton after coming away with a 10 victory, However, their afternoon on Merseyside wasn’t perfect well not if your name is Tomas Soucek, anyway, Not only did he see a firsthalf goal disallowed for offside but he also left the pitch in nasty circumstances towards to the end. With 10 minutes remaining, Soucek was kicked in the face by Salomón Rondón in what appeared to be an accidental clash at least that’s how referee Stuart Attwell saw it who even allowed play to continue while Soucek was on the floor, Accidental or not, Soucek picked up some pretty nasty war wounds as a result of Rondon’s size 11 boot going in his face.
THANKS FOR WATCHING!
SUBSCRIBE CHANNEL FOR MORE:
© Copyright jutka80 ☞ Do not Reup
© Copyright all rights reserved 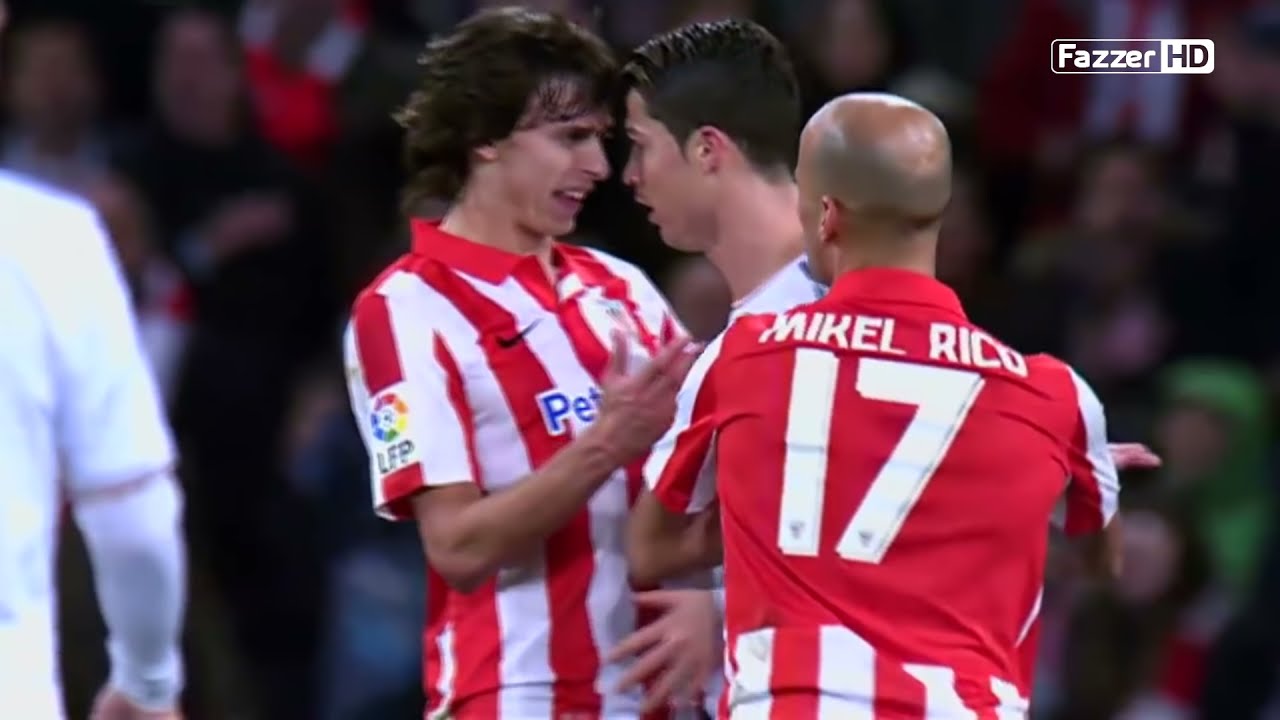 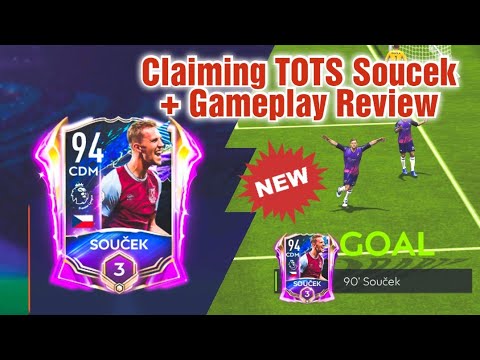 Rondon kick Soucek in his face vs Everton