Yunus Emre Institutes, located in 63 countries of the world, commemorated the martyrs, who lost their lives, on the anniversary of the treacherous coup attempt, that took place on July 15, 2016, in ceremonies. On the fifth anniversary of the July 15 Democracy and National Unity Day, Yunus Emre Institutes held a series of events in many countries such as Bosnia and Herzegovina, Italy, England, Iran, Qatar, Kosovo, Egypt, Romania, Russia and Sudan in order to remember the events in the coup attempt. Yunus Emre Institute also supported the ceremonies and events held in many countries of the world to commemorate the martyrs who lost their lives to protect their homeland in the treacherous coup attempt.

Various commemorative events took place in London, the capital of England, for the July 15 Democracy and National Unity Day. Commemoration ceremony was held at the Republic of Turkey’s Embassy in London on the occasion of 15 July Democracy and National Unity Day and July 15 Painting Exhibition was held at Yunus Emre Institute. In the mosque of Directorate of Religious Affairs, Islamic memorial service was carried out. Ambassador of Turkey to London Ümit Yalçın, opened the “15 July Painting Exhibition” held at Yunus Emre Institute. Speaking at the opening of the exhibition, Ambassador Ümit Yalçın stated that they commemorate 251 martyrs with mercy and gratitude, and that they remember the wounded with great respect. Stating that the will of the Turkish nation won and the message “Turkey is impassable!” was given on the night of July 15, Yalçın reminded that serious measures to be taken by any state that has experienced such a threat in the next period have been put into practice. The exhibition, organized by the Republic of Turkey’s Embassy in London, Yunus Emre Institute London and the Union of Turkish Associations of Great Britain, will continue until 22 July 2021.

15 SAPLINGS FOR THE MARTYRS OF 15 JULY IN BUCHAREST

Commemorative events in Bucharest, the capital of Romania, were held under the auspices of the Republic of Turkey’s Embassy in Bucharest, with the cooperation of Yunus Emre Institute and TIKA Bucharest Program Coordinatorship, and with the Bucharest International Maarif School as the host. Romanian state officials and parliamentarians, diplomatic representatives in Bucharest, our citizens and cognates attended the commemoration event. Members of the embassy and affiliated institutions were also present at the event.

As part of the event, a photography exhibition consisting of photo shots taken by Anadolu Agency on the night of the coup attempt was held in cooperation with YEI. The awards of the 15 July of themed poetry, painting and composition competition, which were organized for children in different age categories by TIKA Coordinatorship, were given. In addition, 15 saplings were planted in memory of the martyrs of July 15, with the participation of embassies, institutions and children who succeeded in the competition. In his speech, Ambassador Füsun Aramaz thanked Romania again for its solidarity with the failed coup attempt and its aftermath. Recalling that the Foreign Minister at the time, Lazar Comanescu, visited our country after the coup attempt, Aramaz underlined that the visit was one of the first visits from the European Union to Turkey.

The July 15 Democracy and National Unity Day was commemorated with an event organized and hosted by YEI, under the auspices of the Embassy of Romania, with the contributions of the Romanian Consultancy of the Ministry of Interior.  The event was attended by Turkish and Italian citizens, as well as Ambassador of Turkey to Rome Ömer Gücük, Ambassador of Turkey to the Holy See Lütfullah Göktaş, Ambassador of Azerbaijan to the Italian Republic Mammad Ahmadzada, the Representative of the Turkish Republic of Northern Cyprus Mustafa Davulcu, and Italian institutions and organizations. After the opening speech of Rome YEI Director Sevim Aktaş, a moment of silence was held for our martyrs and veterans and the National Anthem was sung in the 15th of July Commemoration Event program. Afterwards, in his speech, Ambassador Ömer Gücük emphasized the determined struggle of the Turkish people in the coup attempt and stated that Turkey continues to fight against FETO with all its institutions in Turkey and abroad. After the video screenings of the Directorate of Communications and TRT about the coup attempt, the program ended with delicacies from Turkish cuisine.

The opening of “the Saga of July 15 Photography Exhibition” was held in cooperation with the Republic of Turkey’s Embassy in Moscow and Moscow YEI. In the program where the martyrs were commemorated with mercy and gratitude was expressed to the veterans, Undersecretary of the Republic of Turkey in Moscow Zeynep Savaş, and Director of Moscow Yunus Emre Institute Prof. Ömer Özkan delivered speeches. After the opening of the exhibition with photographs from the 15th of July, on which the Turkish nation once again showed the unity and solidarity of the Turkish nation to the whole world, the guests participating in the program were offered treats from Turkish cuisine. The exhibition will be open at the Moscow YEI exhibition hall throughout July.

A commemoration event was held in Tehran, the capital of Iran, by Tehran YEI on the occasion of the 15 July Democracy and National Unity Day. In the event, which took place with the presence of the Ambassador of Turkey to Tehran Prof. Derya Örs, a photograph exhibition containing images of the night of the treacherous coup attempt on July 15, in addition to the documentary screening, was presented to the attention of the visitors. Addressing the community, Ambassador Örs stated that the pain of 251 martyrs is still in their hearts and the troubles of 2 thousand 193 veterans went through are etched on their hearts and said: “For the first time in Turkish and perhaps world history, a nation stopped a group of treacherous putschists, who wanted to take away their will, with their bare hands by showing a total resistance and paid a heavy price for this.”

Various activities were held in the Balkan countries such as Bosnia and Herzegovina, Serbia, Montenegro, North Macedonia and Kosovo, on the occasion of the 15 July Democracy and National Unity Day. An online conference was held by YEI with the Republic of Turkey’s Embassy in Sarajevo on July 15, the day of democracy and National Unity. Sefik Dzaferovic, Bosniak member of the Presidential Council of Bosnia and Herzegovina, who attended the conference with a video message, reminded that the Turkish people protected the peace and stability of Turkey with the courage they showed five years ago, and said: “The courage and determination of the Turkish people on the night of July 15 will be remembered as a unique example of the barehanded people’s struggle for freedom and democracy.” Noting that the Turkish people resisted the dark forces by showing a historic example of patriotism, Dzaferovic added, “Bosnia and Herzegovina remembers the events on July 15, 2016, this year as well, with respect, and we respectfully commemorate the martyrs who lost their lives for their homeland. The people of Bosnia and Herzegovina are on the side of the friendly and brotherly Turkish people.” YEI in Bosnia and Herzegovina held a photo exhibition in front of the Bascarsija Mosque on the occasion of the anniversary of the 15 July 2016 failed coup attempt. The Turkish flag was projected on the historical Vjecnica Library in the capital Sarajevo in memory of the martyrs of July 15.

Youth Chess Tournament was held in Belgrade, the capital of Serbia, on the occasion of 15 July Democracy and National Unity Day. Serbian Chess Federation and Belgrade Disabled Sports Federation contributed to the tournament organized by Belgrade Yunus Emre Institute under the auspices of the Republic of Turkey’s Embassy in Belgrade. Speaking at the award ceremony of the Youth Chess Tournament, Ambassador of Turkey to Belgrade, Hami Aksoy emphasized that Serbia was one of the countries that expressed his support for Turkey on July 15, and said, “Although 5 years have passed, the spirit of that night will live and be kept alive with the same freshness.” Serbian Deputy Minister of Youth and Sports Uros Pribicevic, Serbian Chess Federation Andrija Yorgic and Belgrade Disabled Sports Federation Nemanja Radovic gave their greetings, and awards were presented to the winners of the tournament afterwards.

DOCUMENTARY FOR 15 JULY OF TRT WORLD IN KHARTOUM

During the July 15 commemorations organized by YEI in Khartoum, the capital of Sudan, the TRT World documentary “The Network”, which tells the behind-the-scenes of the coup attempt targeting Turkey, was watched by the guests. Muhammed Burak Zambat, representing the Republic of Turkey’s Embassy in Sudan, TIKA Khartoum Office Coordinator Bilal Özden, Religious Counselor Abdullah Şen, Omdurman Islamic University’s Rector Prof. Muhammed Alkanzi and university lecturers, representatives of Turkish institutions in Sudan, as well as Turkish citizens living in Sudan and Sudanese citizens participated in the program. In his speech, Director of Khartoum YEI Faruk Esen stated that the heroic Turkish nation took care of their homeland and 251 children of this country were martyred on this path.

On July 15th, Democracy and National Unity Day, “Martyrs Memorial Ceremony and Victory of Democracy Photo Exhibition” was also held in YEI in Cairo. Within the scope of the program, photographs taken by Anadolu Agency (AA) correspondents on the night of the coup attempt on 15 July were exhibited. Speaking at the opening of the exhibition, YEI Director Emin Boyraz stated that on July 15, 2016, the whole world witnessed the extraordinary heroism of the Turkish people in extraordinary times and said:

“On that day, our people shielded their faithful hearts against the tanks, and planes of the traitors. Without any weapons in their hands, they stood upright in front of the tanks, ignoring their lives. With this stance, our veterans and martyrs of July 15 have taken a rare place in the hearts of our nation. Just as there was a soul in Çanakkale and War of Independence, there was a soul on July 15.”

At the exhibition held in Cairo YEI, Charge d’affaires of the Republic of Turkey in Cairo Kemalettin Eruygur gave a speech expressing the meaning and importance of the day. Members of the embassy, Turkish citizens residing in Egypt and YEI students attended the exhibition. A commemoration ceremony was also held in Turkey’s Consulate General in Alexandria on the occasion of July 15 Democracy and National Unity Day. As part of the ceremony, again the photographs taken by AA reporters on the night of the July 15 coup attempt were displayed.

Speaking at the commemoration event, Ambassador Göksu said that the Turkish people showed that they would sacrifice their lives for the sake of homeland, democracy and legitimacy by taking to the streets regardless of their political orientations on the night of the July 15 coup. Ambassador Göksu reminded that the Emir of Qatar, Sheikh Tamim bin Hamed Al Sani, was the first leader to call President Recep Tayyip Erdoğan on the night of July 15, and said that they will not forget this historic stance of Qatar.

This is video is about National Unity Day. 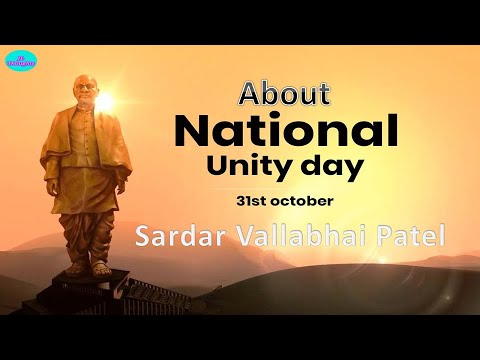 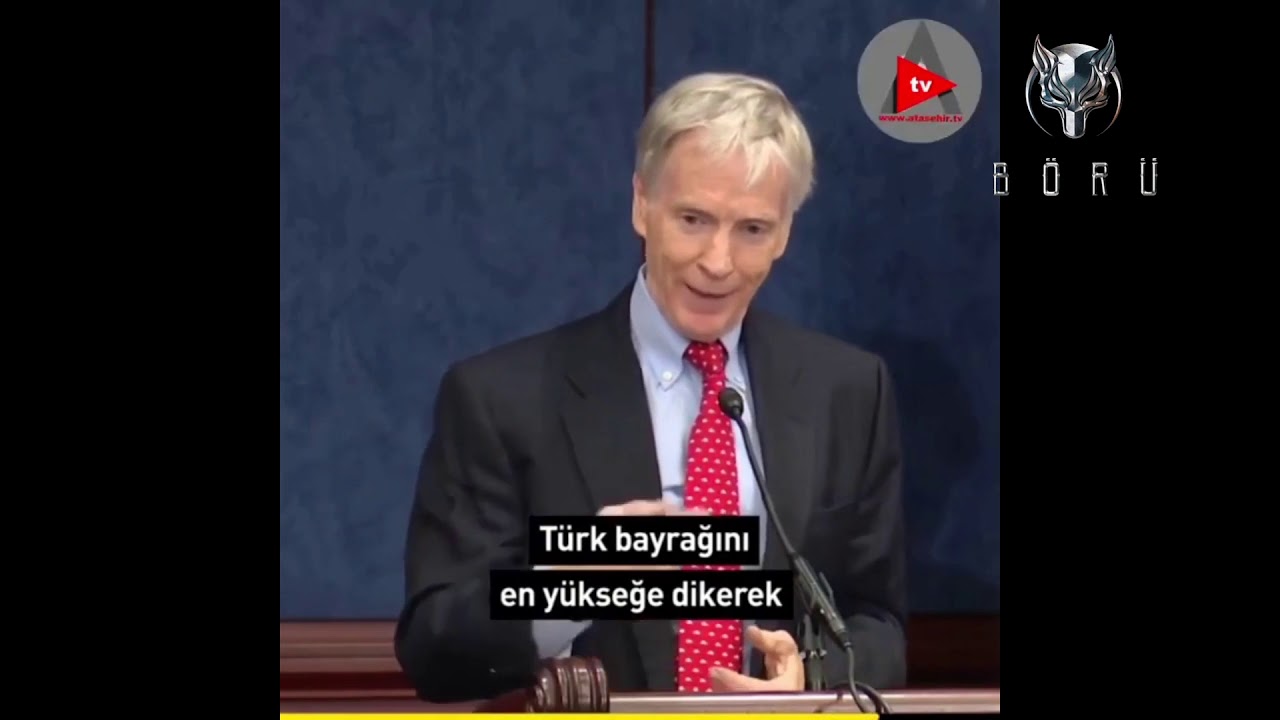 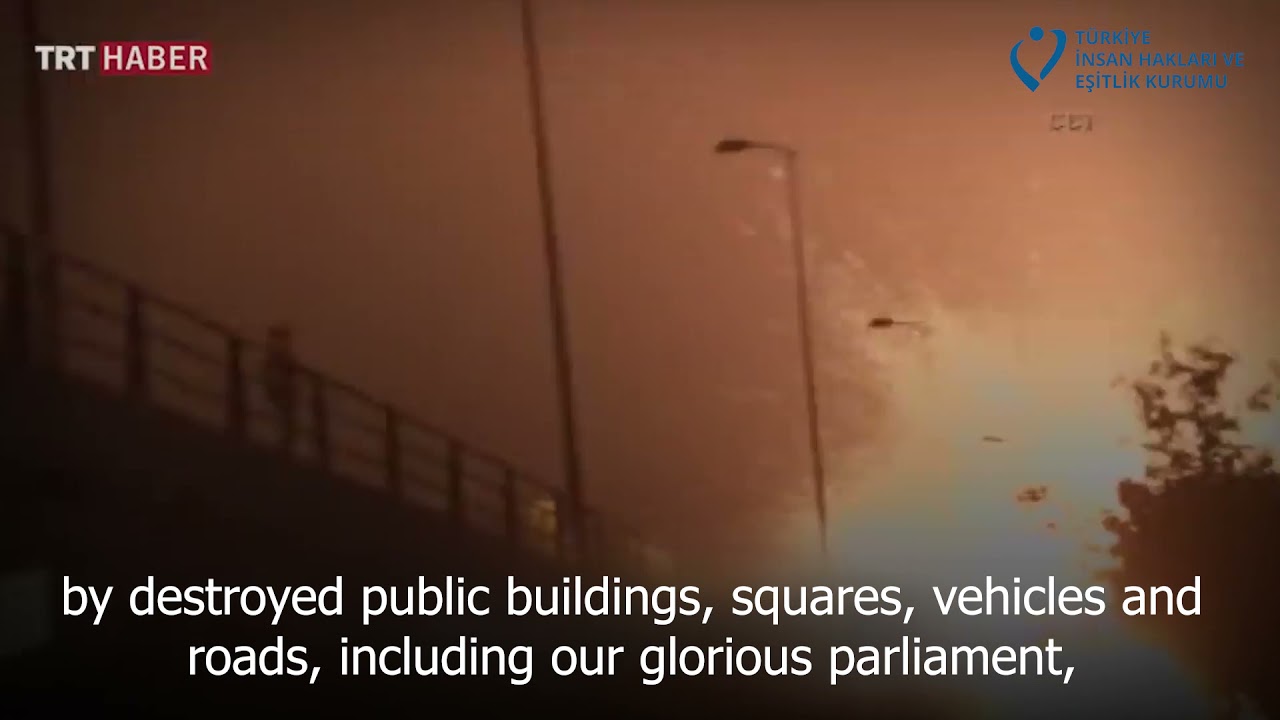 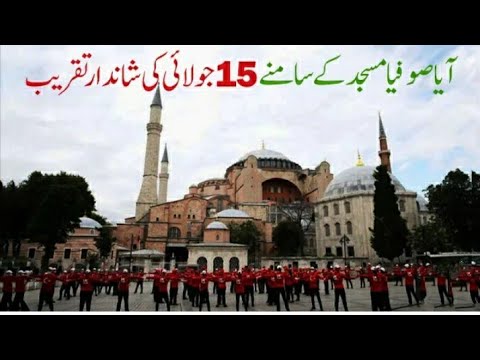 One of the most impressive talk of Turkish leader Erdogan. 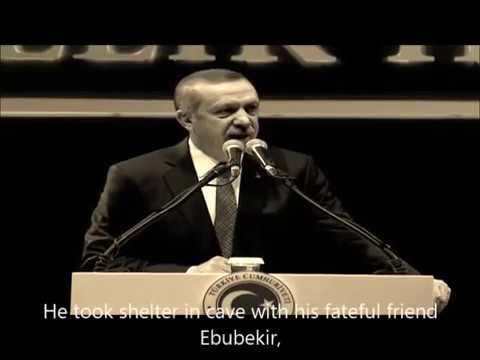