Daenerys Targaryen might be the first of her name, but she definitely isn’t the last. In the years since the Game of Thrones character first debuted on HBO in 2011, “Daenerys” and “Khaleesi” (the latter being the most famous of Dany’s many titles) have become fairly popular baby names in the U.S. According to the Washington Post, at least 3,500 girls have been given one of those two names — including common misspellings — in the past eight years. In 2018 alone, “Khaleesi” ranked among the 1,000 most popular girl names, with 560 babies receiving the moniker upon birth. (“Daenerys” didn’t make the top 1,000, but 171 newborns got that name in 2018.)

Up until Sunday night’s episode of GOT, it was easy to understand what parents see in the character. Daenerys is a strong-willed woman, who literally rises from the ashes to amass an army the likes of which her world has never seen. She’s loyal to those closest to her, wants to do right by her family’s name, and will stop at nothing to achieve her goals. Oh, and have we not mentioned the dragons? Talk about role-model material. But then, things took a bit of a turn.

In the series’ penultimate episode, “The Bells,” Daenerys lives up to her father’s legacy as the so-called Mad King and makes the heel turn that many were anticipating, becoming the Mad Queen. Despite the pleas of some of her closest advisers and the screams of people in the streets of King’s Landing, Daenerys decimates the capital city of Westeros despite Cersei’s surrender, riding her dragon and directing it to destroy everything in its path. While she’s raining fire from above, her troops wreak havoc on the ground, slaughtering enemy soldiers who’ve surrendered and innocent civilians in seemingly equal measure. It’s a level of carnage and ruthlessness that we had never quite witnessed on GOT, which is saying something.

So, what does all of this mean for the parents who’ve named their daughters after Daenerys? Were they horrified to see their children’s namesake break bad? Do they think her turn to the dark side was “earned”? Are they suddenly feeling any regrets?

“I don’t have any regrets,” says Hector Morales Rivera, a technical specialist living in Pennsylvania, who has a 6-year-old daughter named Daenerys. “I still love her name, I have very fond memories because of that name, because of how attached I have been to this series.” One of those memories is of watching GOT with his pregnant wife, who felt a kick when one of the characters said Dany’s name. Of course, the show and Dany herself have gone through many changes in the seasons since then, and Morales Rivera isn’t thrilled about where the Mother of Dragons has ended up. “When I saw the dragon burning innocent civilians and houses with no restraint, I was sad,” he writes in a Twitter DM. “This is not the character I fell in love with.”

Chanel Stout, a medical scheduler in Florida and mother to a 14-month-old named Daenerys, also isn’t a fan of how Dany’s story is playing out, but she’s not turning her back on the Queen. “[Sunday’s episode] doesn’t change how I feel about Dany at all,” she writes in an email. “I definitely think she was justified. I think the show is rushing her character arc, but what can you do.” And if her feelings about the character haven’t changed, then her feelings about the name certainly haven’t, either. “I have no regrets at all!”

Danny and Amanda Cisneros, a couple in Texas who’re raising their own 6-year-old Daenerys, don’t want to judge a fictional character by the worst thing they’ve done. “Some of my friends named their kid ‘Anakin,’” Danny says, referring to Star Wars’ Anakin Skywalker, a.k.a. Darth Vader. “It’s much like that.” (He did admit that after Sunday’s episode, people at his job were asking him, “So, uh, are you going to go by her middle name now?”) Hopefully, Danny says, when their daughter is old enough to watch the show — and read all of the books, if George R.R. Martin actually finishes writing them — she’ll be able to put Daenerys’s story in the proper context. “It might be a good learning opportunity as well, to show how even good deeds can go astray with bad decisions.”

Another Texan, Katherine Acosta, opted for “Khaleesi” instead of “Daenerys,” when naming her and her husband’s 13-month-old daughter. (That decision — along with the fact that Acosta says she discovered GOT while she was recovering from an earlier miscarriage — has already brought her family a good amount of press.) Despite her preference for Khaleesi, Acosta is just like the other parents we interviewed: unfazed by the massacre at King’s Landing. “I honestly think she did what she had to do,” Acosta says. “This isn’t Disney, this is Game of Thrones. We know there’s never going to be happy endings.”

Acosta’s husband, though, isn’t all-in on Daenerys’s tactics. “My husband was like, ‘Wow, I bet all of the people that named their kids Arya are feeling better now,’” Acosta says. “I’m like, ‘How do we know? Maybe when she’s older, she’s going to be like, She was a badass.’ You never know with kids.”

Daenerys Targaryen \”I am a Khaleesi of the Dothraki! I am the wife of the great Khal and I carr…\”

Game of Thrones, Game of Thrones 1×04 Cripples, Bastards, and Broken Things, Game of Thrones S01E04 Daenerys Targaryen (Emilia Clarke)
You send this whore to give me commands? I should have sent you back her head! Forgive me, Khaleesi. I did as you asked. Hush now. It’s all right. Irri, take her and leave us. Yes, Khaleesi. Why did you hit her?! How many times do I have to tell you? You do not command me. I wasn’t commanding you. I just wanted to invite you to supper. What’s this? It’s a gift. I had it made for you. Dothraki rags? Are you going to dress me now? Please. This stinks of manure. All of it. Stop stop it. You would turn me into one of them, wouldn’t you? Next you’ll want to braid my hair. You’ve no right to a braid. You’ve won no victories yet. You do not talk back to me! You are a horselord’s slut. And now you’ve woken the dragon I am a Khaleesi of the Dothraki! I am the wife of the great Khal and I carry his son inside me. The next time you raise a hand to me will be the last time you have hands. 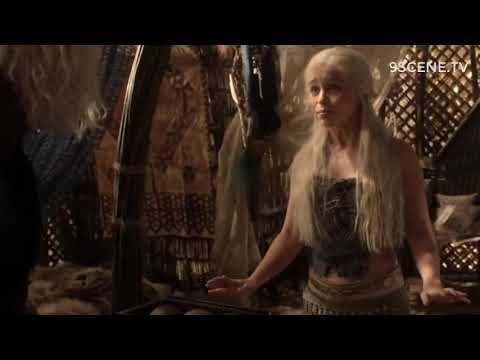 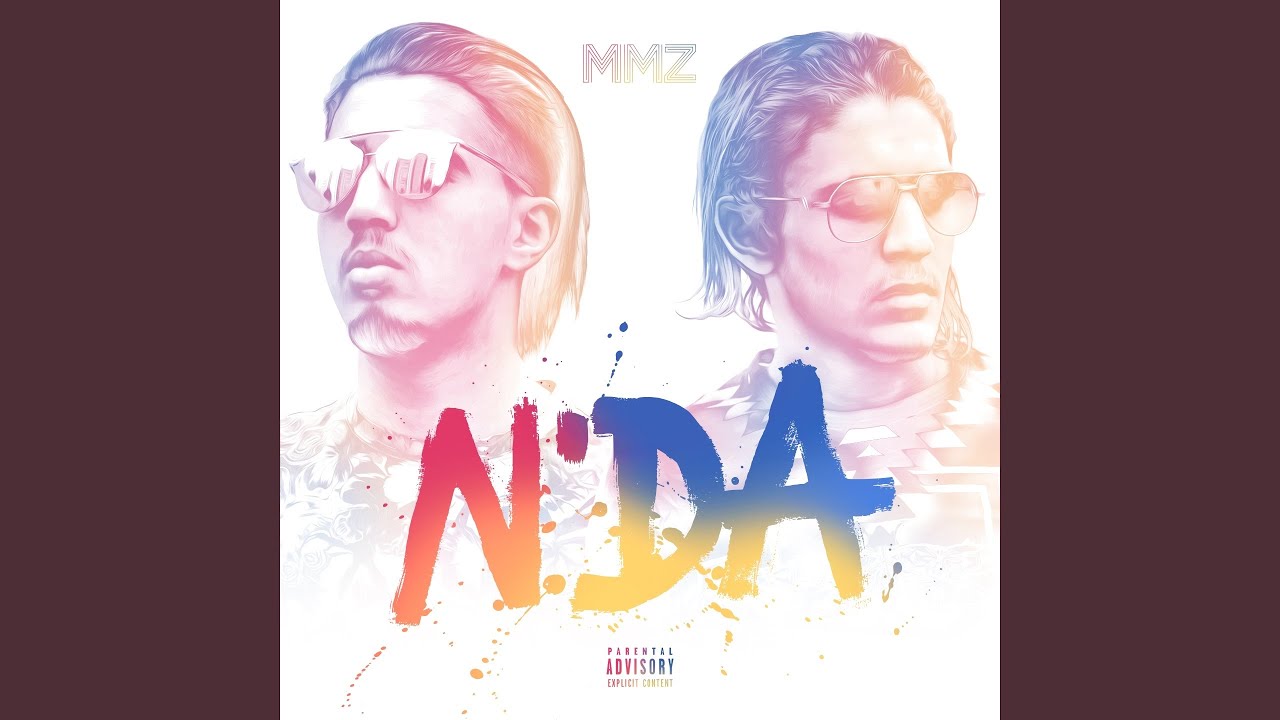 Awesome speech, I can listen to this all day and still enjoy it every time… Daenerys has bright future for her career and she definitely knows how to act during this EPIC STORY…
The final speech from Game of Thrones during Season 6 of Episode 6 during which Daenerys Targaryen Stormborn asks the Dothraki people to follow her on wooden horses (Ships) to take the Throne that belongs to her…
Really appreciate the CGI effects on the Dragon… awesome guys, keep it up…
Leave your comments if you also like GOT as much as I do and especially about this video…

Daenarys kills Khal Moro and all the other khals

I do not own any rights of the clips used.
\”Copyright Disclaimer Under Section 107 of the Copyright Act 1976, allowance is made for \”fair use\” for purposes such as criticism, comment, news reporting, teaching, scholarship, and research. Fair use is a use permitted by copyright statute that might otherwise be infringing. Nonprofit, educational or personal use tips the balance in favor of fair use\” 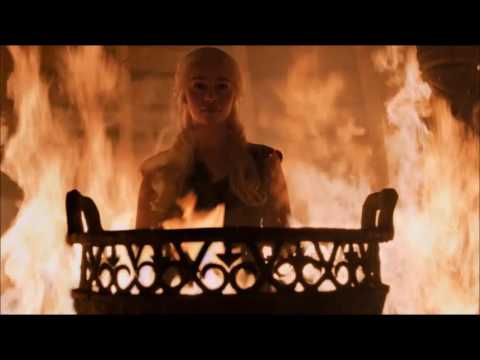