Don’t get me wrong, being call porn, doesn’t mean, its total trash. What I meant, is the whole movie is basically two people having sex on camera for the purpose of sexual arousal of its viewers. That’s all! Yes, the movie sex scenes isn’t that graphic, and it’s mostly full of heavy nudity petting and griding, but it’s still mostly visually porn-like. If anybody say, it isn’t; then, they don’t know, anything about sex or relationships! Directed by Julio Medem, this low budget foreign movie tells the story of two women; a young Russian woman only known as Natasha (Natasha Yarovenko) & a Spanish woman, Alba (Elena Anaya) spending time with each other, on holiday in Rome. Both women become very intimately with each other in a hotel room, over the course of the night, only to have the break of day threatens to break their newly forged bond. Without spoiling the movie, too much, I found this so call romantic drama movie to be reeking of stereotypic male porn fantasies in the way, this film is market. It’s weird that the filmmakers, felt like the only way, to get lesbians, to watch this film, is by having nude two attractive supermodels, lied near each other for every trailer, poster and DVD cover. If anything, I would think, this marketing ploy would turn most of them off, because how explicit, the fan service is. I’m not saying, sex doesn’t sell, but maybe, if you want your film to be taken seriously as an art-film, maybe tone, the nudity down, a bit. After all, it’s better off, to focus on the love-story, than the love-making. Films similar to this film, like 2013’s Blue Is the Warmest Color & 2015’s Carol were able to do better, because, it didn’t allow their graphic sex scenes to the main focus of the film. Don’t get me wrong, the movie does attempt to be somewhat sophisticated with its story with its dialogue, however, I don’t think, work, since the actresses are mostly, speaking these expositions in the buff. The nudity has always been a bit distracting. Another problem with the talking scenes is how the dialogue, comes off, as pretentious, artificial and hokey. I really found the scenes where the girls, are describing the art in their room to be, somewhat goofy and out of touch of reality. There is just way too much, bad melodramatic harlequin novel in those scenes. It’s all drivel full of bad metaphors and sentences that don’t connect. Who honestly talks like that!? I also didn’t like, tell do-not show, style of the filmmaking here. I know the movie is low budget, so, they had to talk about it, than showing it, but a lot of scenes could had work better, if they show the characters backstory, rather than telling us, through an excessive product placement scene like the Microsoft Bing, searching. I found those scenes to be kinda weak and shallow, because not only, is Rome as a backdrop, barely use, but we also never truly get to know, anything about them to be for sure of. After all, for a film about two women falling in love with each other, these two women really do love lying to each other about their backstory. The internet is known for its anonymous, so for the women to use it, to describe their lives, is somewhat questionable. I know the movie wants us to decide on their veracity, but gees, I really don’t find, their relationship working at all, if they willing to do that, during the course of one-night. I really don’t believe in anything, these liars, are saying to each other. It really made the love-story, so much more, unrealistic. I really hate most of this façade that the movie is forcing down on us, as if they truly love each other. That’s BS. Another problem with the actresses is how English is major language spoken in this film, and it’s clear, by their delivering, that English is a second language to them. Their Russian & Spanish accents, not only makes it, hard to hear, what they were saying, but it also, makes their pronouncing of certain English words, a little cringe-worthy. It’s also a very poor translation with repetitive keys words, being said, multiply times, in an endless loop. We get it, movie, you’re in a ‘room in Rome’! You don’t need to repeat the title, that many times, throughout this film! Another problem with the film is how bad, the lip syncing, is. You really can tell, that voices had to be redone, time after time, overs. I was also a bit disappointed by the lack of subtitles, after all, five different languages are spoken over the course of the film. English, Russian, Spanish, Italian, and Basque, but not all versions of the film have subtitles to translate these different languages. One last thing, I didn’t like about the film is the music. While, the song ‘Loving Strangers’ by Russian Reds, sounds alright for the first time, it was played in the film. I really didn’t like, how it was repeat, time after time, again, throughout the film. It really got annoying with its melodramatic repetitive lyrics, coming out of nowhere and adding nothing to the scenes, it’s being played in. Overall: Room in Rome is very disappointing, not only as a love story, but also an erotica. Go see 2013’s Blue Is the Warmest Color, instead. 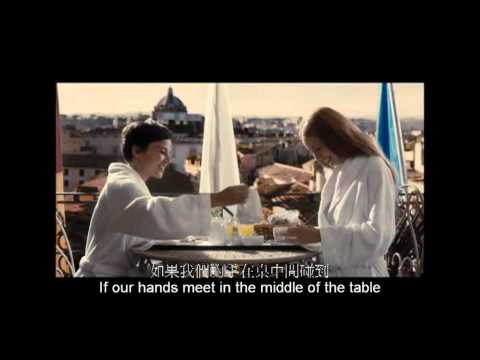 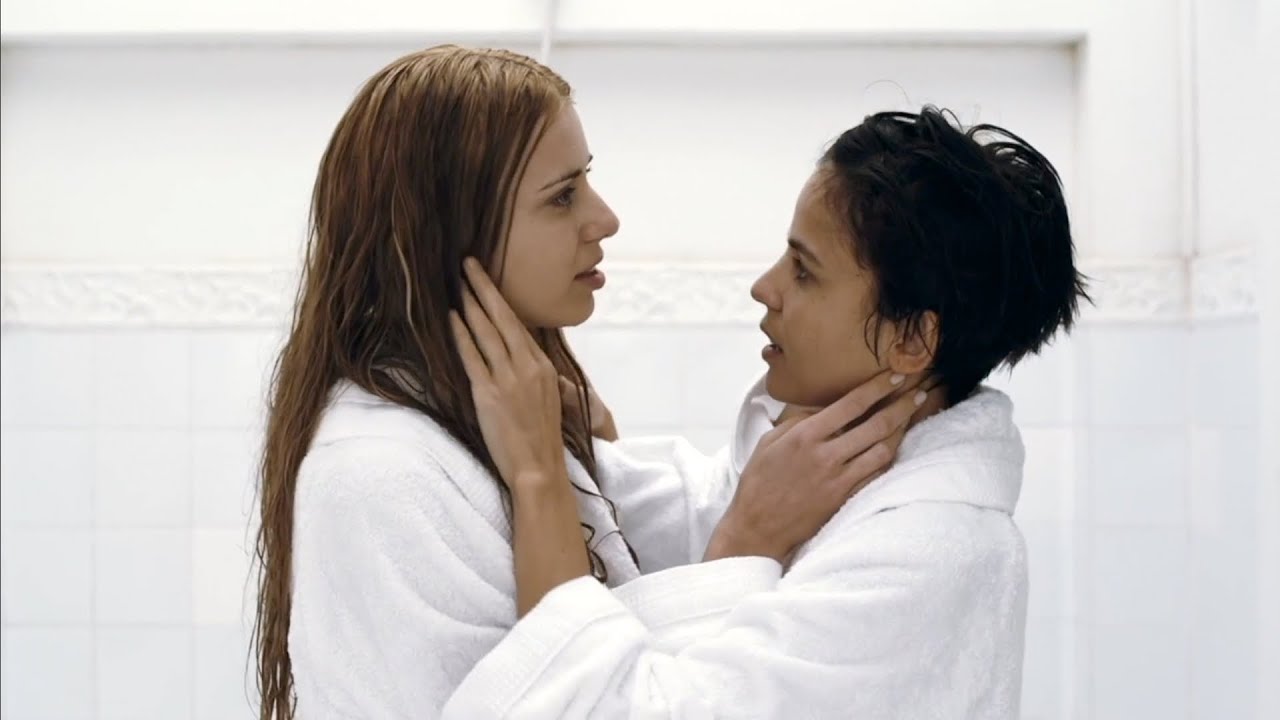 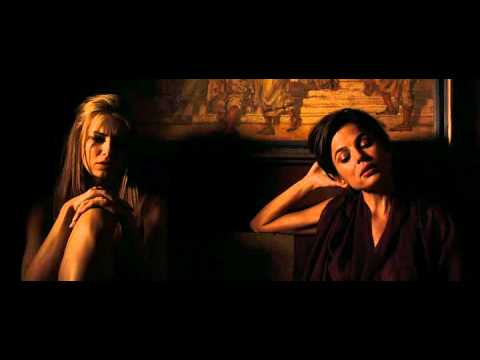 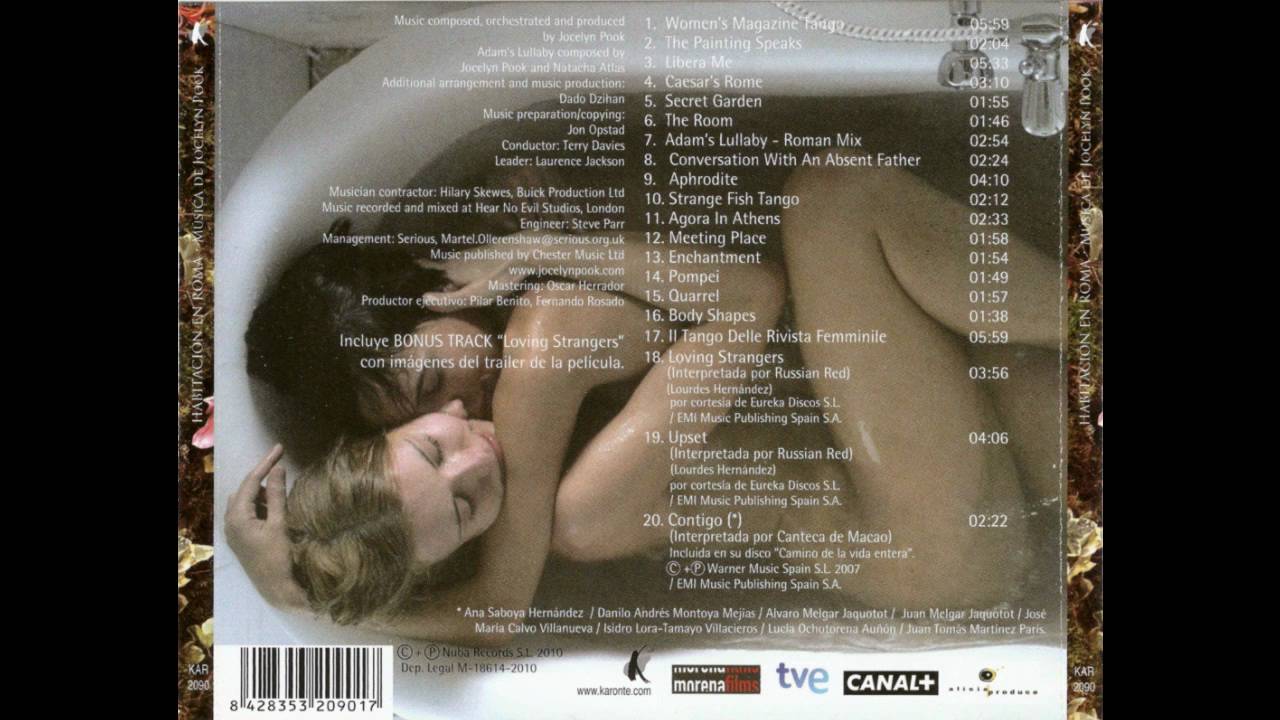