When you’re super sonic racing, there’s no time to look around! Before Sonic decided he needed a car to speed around a race-track, he was racing his friends on foot in Sonic R. Originally released for the Sega Saturn console, Sonic R has bright, colourful graphics and bold blue skies, along with a very memorable euro-pop style soundtrack by Sega fan favourite Richard Jacques. If you’re a fan of Sega games from yesteryear, it’s hard not to fall for Sonic R’s charms. While the game is a little on the easy side, it’s very entertaining to play and younger players in particular will find it accessible. If, like us, you can feel the sunshine too, it’s time to get this old gem working again.

Note – The version tested here is the Xplosiv software re-release, this may differ slightly from the original version.

On most PC’s, Sonic R will install without any issues. Simply insert the CD and follow the on-screen prompts. If the installer does not start automatically, browse the Sonic R CD and locate the “setup.exe” file and run it. The installer program will offer to install DirectX, but this is not necessary as the version on the Sonic R CD is certainly older than the version you already have installed. The installer may also crash on exiting but you don’t need to worry about this.

If you have problems with the games installer (for instance, if the installer says you don’t have enough hard drive space despite having more than ample), simply create a folder anywhere on your PC, then copy the entire contents of the Sonic R CD-ROM over to that folder. When you’re done, you can safely delete the files “Setup.exe” and “xplosiv.exe”.

There are two separate problems that typically stop Sonic R running on a modern PC. The first problem occurs on all modern PC’s and prevents you from using the keyboard or game controller in the game. To fix this problem, a special tool called DXWind-ms is required. This tool is actually designed to force full-screen games (specifically the RPG Maple Story) to run in windowed mode, but in this instance it helps Sonic R run at full screen without freezing out our keyboard or gamepad. You can download the tool here. The file is downloaded as a .rar archive/compressed folder, meaning you will need to extract the files from this archive before you can use them. We recommend the free 7-zip utility for this. If you’ve never used 7-zip before, there are tutorials available here.

Extract the DXWnd-ms.rar to any convenient location on your computers hard drive. You should now see an application called “dxwnd.exe”. Run this program and the following window will appear:-

On the Edit menu, select “Add”. A window called “Target Setup” will then appear. Click on the button labelled “…” (three dots or period marks). A standard file-requester window will then appear. Browse to your Sonic R directory and select the “sonicr.exe” file. Now, configure the remaining options as follows:-

The picture below shows these options configured on our Windows 8 system.

Click on “OK”. You should now try starting the game. Don’t leave the DXWind program running when you’re not using it, since it appears to have some strange side effects on other programs (it caused Internet Explorer to crash on our Windows 8 machine, for instance).

After starting and configuring DXWind as above, you can now run Sonic R. Launch the game either from a shortcut or by browsing to the Sonic R folder and clicking the sonicr.exe file. The game should now start and give you the option of Direct Draw or Direct 3D mode. Be sure to choose Direct 3D (use the arrow keys and the space bar, rather than Enter, to confirm your selection). If you cannot choose an option from this menu, check that you configured the DXWind utility and that it is running.

If the game crashes immediately and won’t start, check the troubleshooting section.

The game should be automatically configured for the best possible visual settings. In Direct 3D mode there’s little that can be tweaked. In the Options menu you may wish to go to the Graphics options. On this menu, ensure that Draw Distance is set to Very Far and Track Shading and Alpha Blending are both set to On. Screen resolution is locked to 640 480 and cannot be changed here, but later on in the article we will give you a way of running the game in more modern resolutions.

Remember that Sonic R doesn’t auto-save or load your progress. Make sure to come into the options menu and choose “load/Save data” when you’re done playing, otherwise all your progress and any options you configured will be lost next time you come to play.

You’re now all set to race. If you want to use a gamepad with Sonic R, proceed to the next section.

Sonic R supports game controllers, though like many old PC games it might not recognize all the buttons on your pad. To configure your gamepad, select “Controls” from the options menu, then choose “Set Joystick”. If you cannot select “Set Joystick”, try pressing a button on your controller rather than the spacebar. Now, simply press the button on your controller that you want to use for each action. If you are using an Xbox 360 controller, you may want to configure L.Brake and R.Brake to the LT and RT buttons respectively. Sonic R won’t let you do this by default, luckily our old friend Xpadder can come to the rescue. The picture below shows the Xpadder profile we created for the game.

Amazingly, it turns out that it is possible to run Sonic R in modern, HD resolutions just by hacking an inf file. For our more technical readers, you can find out exactly how to do this by following this guide.

If the thought of hex editing files doesn’t appeal to you, then fear not. We have prepared two replacement .inf files for you to download. Simply download either of the zip files presented here and then extract the contents to your Sonic R folder, overwriting the existing .inf file. If you ever want to revert to the standard 640×480 resolution, simply delete the Sonicr.inf file and run the game again, the game will then create a new sonicr.inf file that defaults back to the standard 640×480 resolution. Take your pick of either of the two files below.

Sonic R 1080p (link broken? Let me know here) – By using this file, you can run the game in 1080p. Since Sonic R is not a widescreen game, the graphics will be stretched out of proportion unless your monitor or TV supports viewing 1080p content in 4:3 aspect ratio mode. If not, you may prefer the file below.

Sonic R SXGA (1280×1024) (link broken? Let me know here) – By using this file you can run the game in SXGA resolution or 1280×1024. This is a standard 4:3 aspect ratio resolution and should appear with black bars on a modern monitor. By using this file the graphics should not be stretched.

Game crashes to desktop:- On some machines you may see an error similar to the one shown below as soon as you start the game:-

This means that your PC is too fast to run Sonic R. Fortunately, a fan-made patch has come along to fix this problem. The patch only corrects the crashing on startup bug, you will still need to use the DXWind-ms tool. Download the zip file here (link broken? Let me know here) and extract it into your Sonic R game folder. Now, follow the instructions under “Running the game” to configure the DXWind-ms utility again. This time you need to add the executable file called “sonicr-patched.exe”.

With all that done, start the game by clicking on the “sonicr-patched.exe” file. Remember to update any shortcuts on your Start menu or Start screen to point to this new version of the game.

Graphics corruption on menus:- There is slight graphical corruption around menu elements while running the game, this does not affect gameplay however.

As we have seen, Sonic R can be a difficult game to get working. If you wanted to install this game for a child to play, for instance, it might be confusing for them to have to configure these options each time they play. It is possible to create a batch file that automates the entire process. All the user would need to do is click this batch file (or its shortcut) to start the game. To give you a rough idea of how this can be done, you can download our Sonic R batch file here . Our hosts have now started demanding we store all batch files inside zip archives, so you will need to download the zip file and then extract the batch file from inside. Below, there’s a picture of our batch file open in Notepad for editing (click the picture to see a bigger version):-

The first line of the file starts Xpadder and tells it to use the sonicr profile. You will need to change the directories to point to your copy of XPadder and to your XPadder Sonic R profile.

The next command is “cd C:\tools\DXWnd-ms\”. CD means change directory. We need to change into the directory where we installed DXWind-ms.

The next command starts the DXWind tool. By prefixing the command with the word “start”, you tell Windows not to wait until this program has finished running.

Next, we change directory back to our SonicR folder.

On the next line, we execute the “sonicr-patched.exe” file, since we need this version on our PC as the standard one simply crashes.

The pause command tells windows to wait for a keypress, when the user presses a key, the batch file will automatically shut down the DXWind tool.

If all the above sounded like another language, don’t worry, it’s not necessary for running Sonic R, but doing it this way can be quite convenient. We will look at creating batch files in more detail in a future tutorial on Top-Windows-Tutorials.com.

Thanks to tankist85 and Joseph Gritton on Youtube for originally figuring out how to run Sonic R on Windows 7. Thanks to Angel.9 Rakou Cobra on Steam for the information on running the game in HD resolutions. 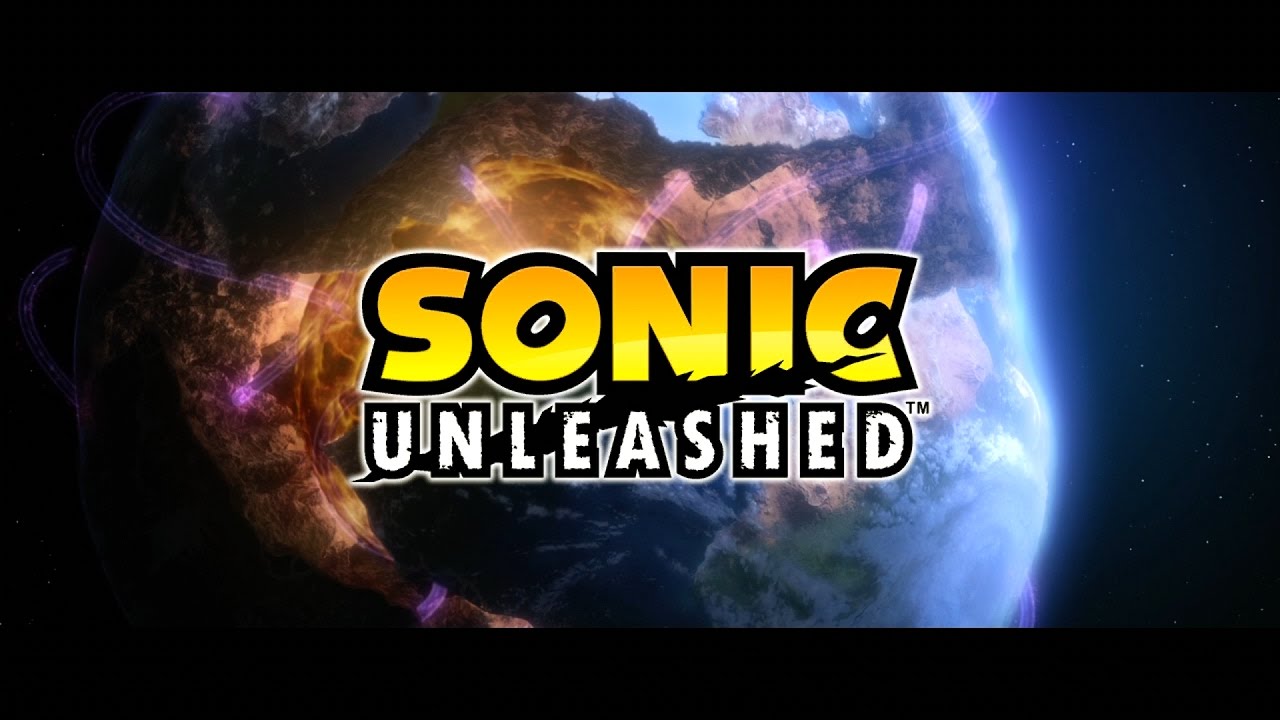 https://www.youtube.com/playlist?list=PL4a1kNuAa19kYdzDzbJ6c0dpuF3Fgsw_i
Night of the Werehog is a promotional video made for the at the time upcoming release of Sonic Unleashed. Sonic and Chip decide to escape the rain by seeking shelter in a haunted house. A mischievous pair of ghosts attempts to take pictures of a frightened Sonic for Lah, a ghost girl who loves pictures of frightened visitors. 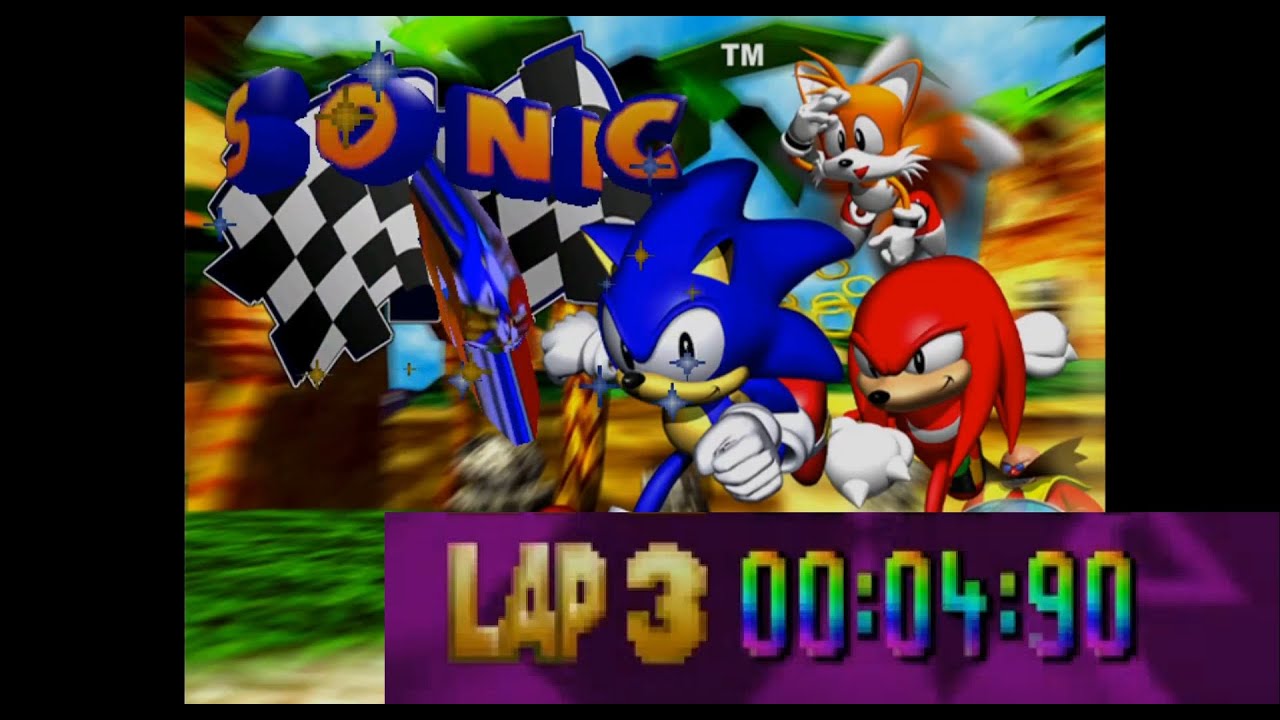 http://www.longplays.org
Played by: RickyC
I run through all the stages collecting all the chaos emeralds which unlocks the final level.
Disclaimer: Most videos by World of Longplays use SaveStates! 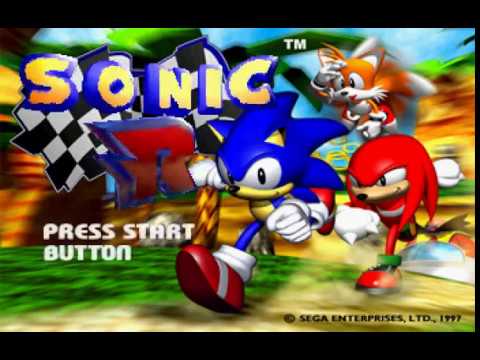 Felt like redoing this game since I’ve decided to do more Sonic racing games before Team Sonic Racing releases. Only this time on PC instead of the Gamecube version as I’ve done originally in 2016. All of the coins and Chaos Emeralds will be collected in one shot this time around. Also, I wanted to do this in Hard mode, but it just seemed so impossible.
I used mods recommended by BlazeHedgehog to make this feel like the original Saturn version: https://www.youtube.com/watch?v=ChTn2S2DSS4
Like and subscribe for more!
Facebook: https://www.facebook.com/Technoman810
Twitter: https://twitter.com/NeoTechnoman
Partner up with Curse! http://www.unionforgamers.com/apply?referral=gq2c721g5tlu00
Recorded with Nvidia Shadowplay. 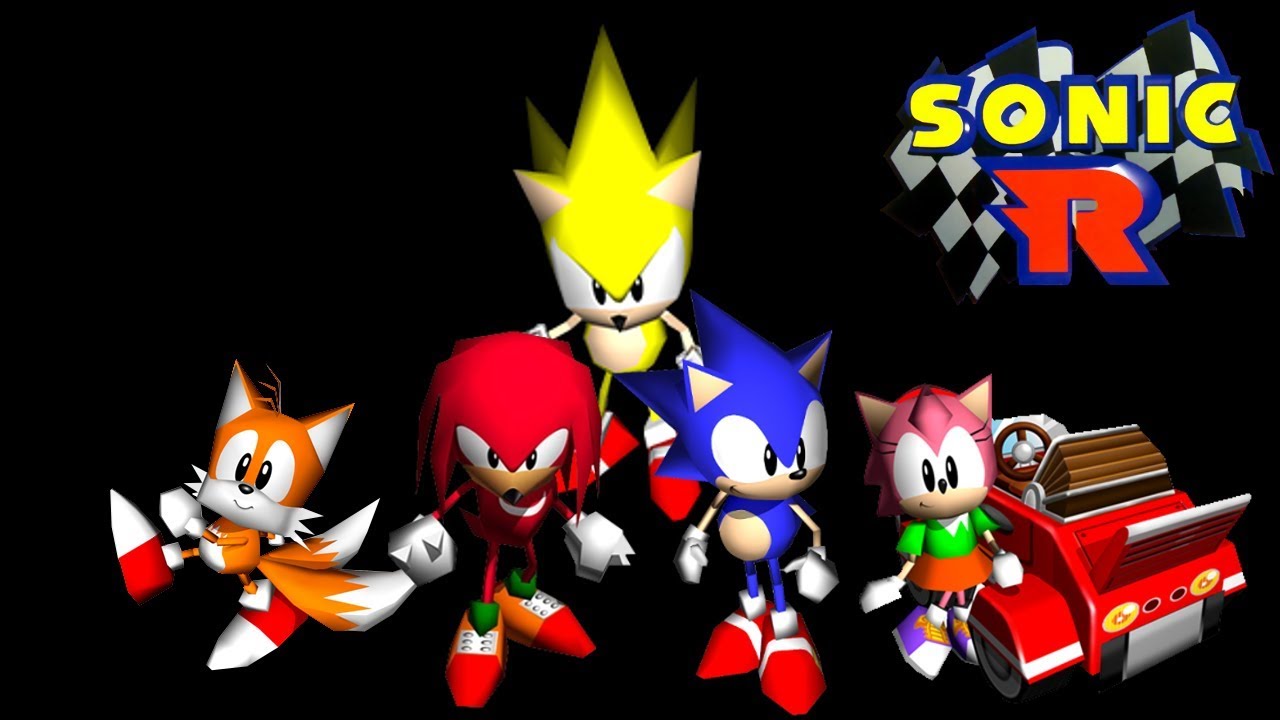