This is Prince Harry, AKA Henry Charles Albert David, fifth in line to the British royal throne, and youngest son of Prince Charles and Princess Diana:

But due to the fact that people love themselves a conspiracy theory, Harry’s paternity has been called into question over the years by people who believe that his real father is Princess Diana’s riding instructor, a man named James Hewitt. AKA this handsome gent:

Conspiracy theorists often point to the fact that both Harry and Hewitt have red hair, and also the fact that they look, ummmmm, basically the exact same. So let’s unpack this thing, shall we?

It’s a fact that in 1986, just two years after Prince Harry was born, Princess Diana started an affair with Hewitt the Horse Whisperer—which went on for five years. Princess Diana herself admitted that she and Hewitt had an affair during a BBC Panorama program in 1995.

Meanwhile, Hewitt mused in an interview, “It was never her intention to fall in love with me, and it was certainly not my intention to fall in love with Diana, but it happened because of the circumstances throwing us together. […] It’s very difficult to say how physical she wanted the relationship to become. And I’m not going to suggest one way or the other whose fault it was, it developed and it was mutual.”

If you’re in need of more receipts, meet Diana’s former body guard Ken Wharfe—who wrote in his book that “The pair usually met at an old cottage in Devon belonging to Shirley, Hewitt’s mother, where the creaking bedroom floorboards told the story more loudly than any confession.”

For what it’s worth, Hewitt and Diana seemed very much in love, and the man himself says that they dreamed of being able to spend the rest of their lives together before breaking up after news of the affair worked its way into the media. “Although neither of us said anything I think both of us realized the situation was impossible,” Hewitt explained. “It was more and more obvious to me that she wanted to finish the relationship… it just fizzled out.”

Please prepare your eyeballs because everything you thought you knew about Prince Harry’s parentage is about to be called into question.

Exhibit A: Here is Hewitt playing polo at age 33 in 1991 (the exact same age that Harry is today) and Harry playing the game last year.

Exhibit B: By comparison, here’s Prince Charles playing Polo, also in his thirties:

Exhibit D: And this is Prince Harry side-by-side with Prince Charles:

While the royal family generally lives by the motto “never complain, never explain,” there have been concerted efforts to shut down rumors about Harry’s parentage over the years.

1. In 2002, Hewitt told the Sunday Mirror, “There really is no possibility whatsoever that I am Harry’s father. I can absolutely assure you that I am not. Admittedly the red hair is similar to mine and people say we look alike. I have never encouraged these comparisons and although I was with Diana for a long time I must state once and for all that I’m not Harry’s father. When I met Diana, he was already a toddler.”

2. In 2002, Diana’s bodyguard Ken Wharfe wrote in his book , “The malicious rumors that still persist about the paternity of Prince Harry used to anger Diana greatly. The nonsense should be scotched here and now. Harry was born on 15 September 1984. Diana did not meet James until the summer of 1986, and the red hair, gossips so love to cite as proof is, of course, a Spencer trait.”

3. In 2017, Hewitt went on an Australian TV show and shot down the rumors yet again, saying, “It’s worse for [Harry than it is for me], probably, poor chap.”

4. In 2017, Diana’s butler Paul Burrell said, “I never heard any of the Royal Family discussing James Hewitt being Harry’s dad because we knew the truth. It’s something that’s been made up. It was just because Harry had red hair, but all the Spencers have red hair.”

Okay, so no, Prince Harry is almost certainly not Hewitt’s son—despite the striking physical resemblance. And while their twinning vibes do have us positively shewk, please note that Royal biographer Penny Junor claimed that back in 2003 the News of The World tested Prince Harry’s hair (take this with a huge grain of salt) and the test was negative. “The News of the World even had strands of Harry’s hair DNA-tested in February 2003,” Juror wrote. “And if Harry had been shown to be James Hewitt’s son, you can be sure we’d have known.”

Mehera Bonner is a news writer who focuses on celebrities and royals.

This content is created and maintained by a third party, and imported onto this page to help users provide their email addresses. You may be able to find more information about this and similar content at piano.io

Watch The Duke and Duchess of Sussex marry in St George’s Chapel. The ceremony was followed by a carriage procession through Windsor. There’s more behindthescenes at The Royal Wedding at www.royal.uk 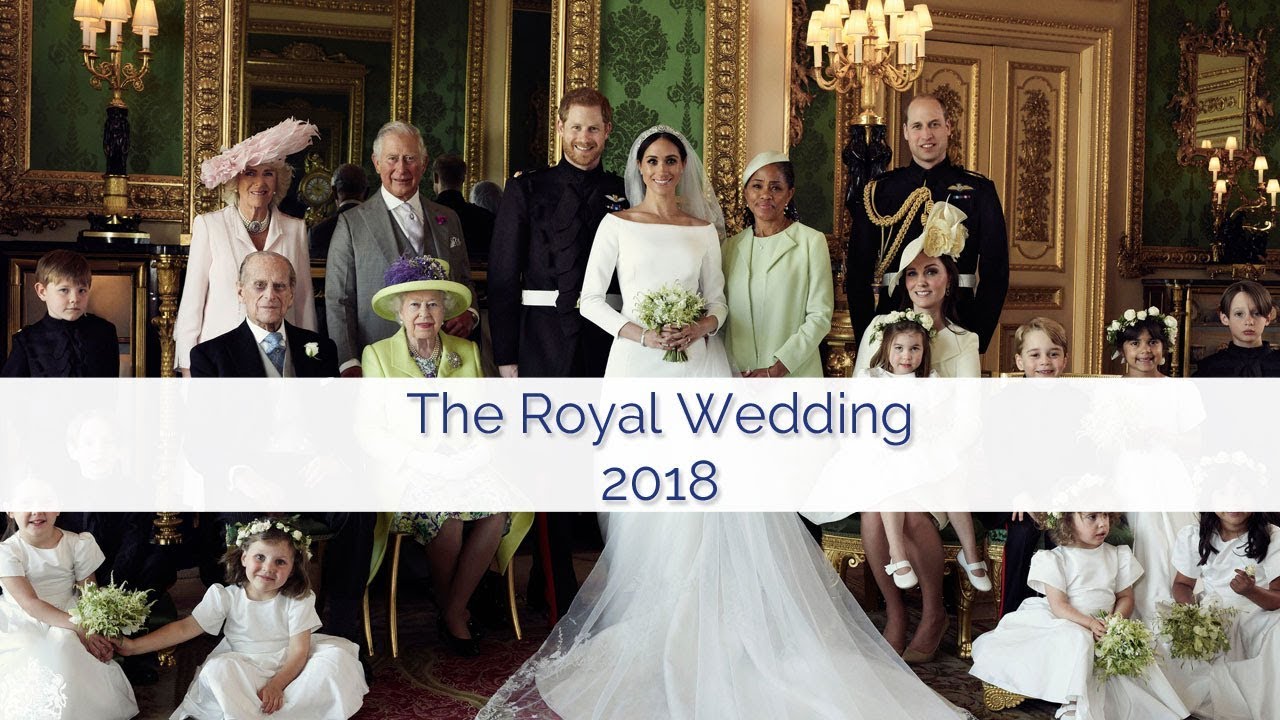 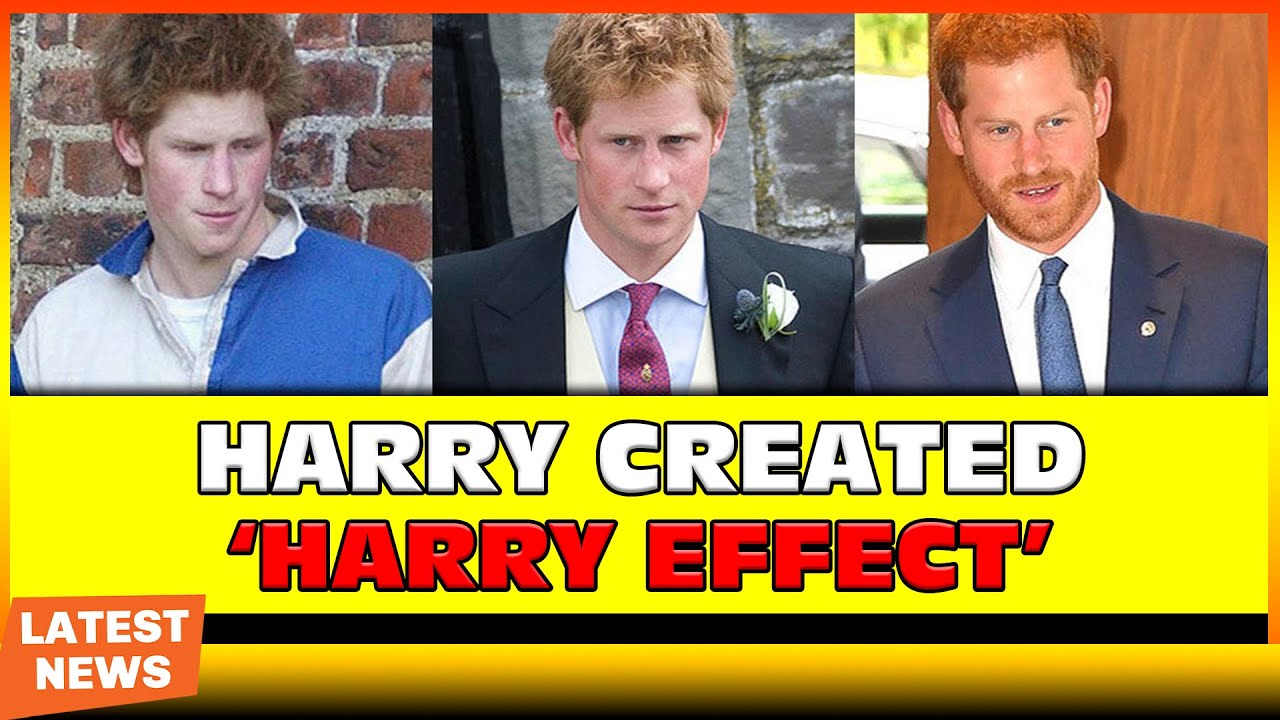 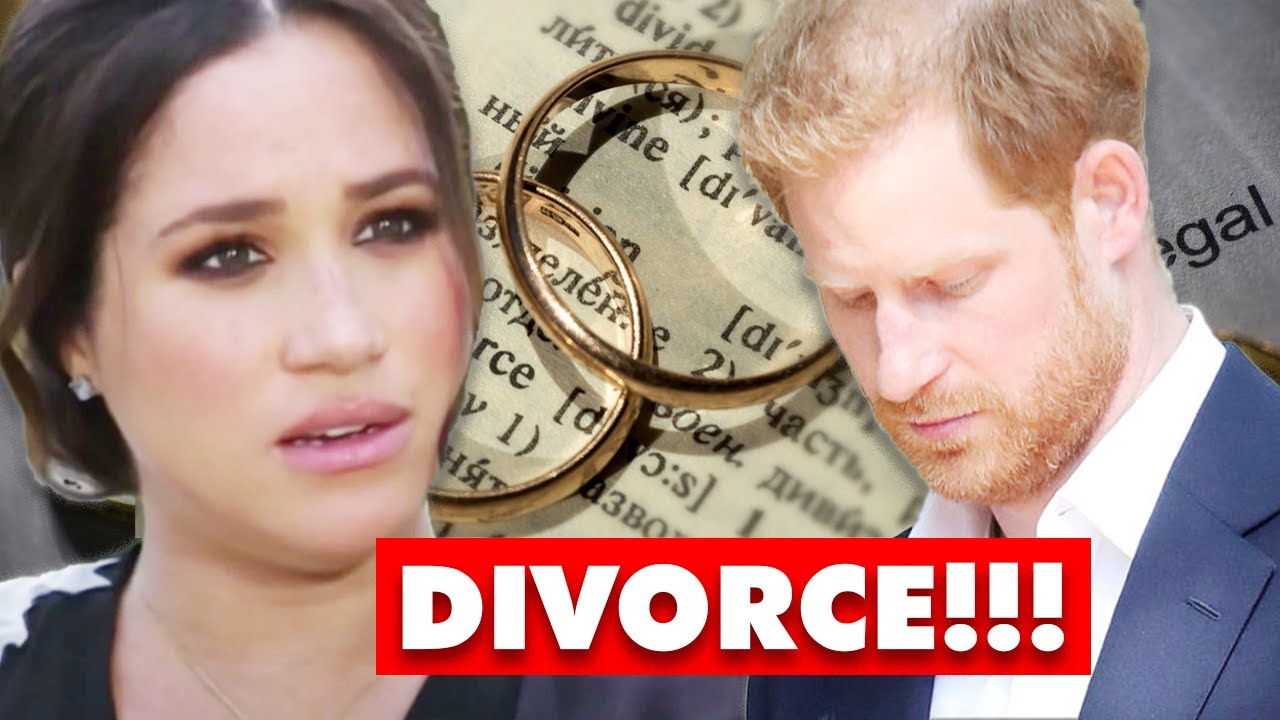 Just Chattin’ – Harry \u0026 Meghan: Was the Miscarriage Real?

https://people.com/royals/meghanmarkleandprinceharrymadeapreviousundertheradarvisittolapreschool/
Baby2Baby event August 2020:
https://www.harpersbazaar.com/celebrity/latest/a33842356/meghanmarkleprinceharrybaby2babyvolunteeringvideo/ 30 Aug 2020
Electioneering:
https://time.com/5891136/princeharrymeghanmarklevote2020election/
California on lockdown:
https://calmatters.org/health/coronavirus/2021/03/timelinecaliforniapandemicyearkeypoints/
(Full article was too long so I left out the parts I read)
“Thank you for asking,” I said. “Not many people have asked if I’m OK.”
Sitting in a hospital bed, watching my husband’s heart break as he tried to hold the shattered pieces of mine, I realized that the only way to begin to heal is to first ask, “Are you OK?”
Are we? This year has brought so many of us to our breaking points. Loss and pain have plagued every one of us in 2020, in moments both fraught and debilitating. We’ve heard all the stories: A woman starts her day, as normal as any other, but then receives a call that she’s lost her elderly mother to Covid19. A man wakes feeling fine, maybe a little sluggish, but nothing out of the ordinary. He tests positive for the coronavirus and within weeks, he — like hundreds of thousands of others — has died.
A young woman named Breonna Taylor goes to sleep, just as she’s done every night before, but she doesn’t live to see the morning because a police raid turns horribly wrong. George Floyd leaves a convenience store, not realizing he will take his last breath under the weight of someone’s knee, and in his final moments, calls out for his mom. Peaceful protests become violent. Health rapidly shifts to sickness. In places where there was once community, there is now division.
On top of all of this, it seems we no longer agree on what is true. We aren’t just fighting over our opinions of facts; we are polarized over whether the fact is, in fact, a fact. We are at odds over whether science is real. We are at odds over whether an election has been won or lost. We are at odds over the value of compromise.
That polarization, coupled with the social isolation required to fight this pandemic, has left us feeling more alone than ever.
When I was in my late teens, I sat in the back of a taxi zipping through the busyness and bustle of Manhattan. I looked out the window and saw a woman on her phone in a flood of tears. She was standing on the sidewalk, living out a private moment very publicly. At the time, the city was new to me, and I asked the driver if we should stop to see if the woman needed help.
He explained that New Yorkers live out their personal lives in public spaces. “We love in the city, we cry in the street, our emotions and stories there for anybody to see,” I remember him telling me. “Don’t worry, somebody on that corner will ask her if she’s OK.”
Now, all these years later, in isolation and lockdown, grieving the loss of a child, the loss of my country’s shared belief in what’s true, I think of that woman in New York. What if no one stopped? What if no one saw her suffering? What if no one helped?
I wish I could go back and ask my cabdriver to pull over. This, I realize, is the danger of siloed living — where moments sad, scary or sacrosanct are all lived out alone. There is no one stopping to ask, “Are you OK?”
Losing a child means carrying an almost unbearable grief, experienced by many but talked about by few. In the pain of our loss, my husband and I discovered that in a room of 100 women, 10 to 20 of them will have suffered from miscarriage. Yet despite the staggering commonality of this pain, the conversation remains taboo, riddled with (unwarranted) shame, and perpetuating a cycle of solitary mourning.
Some have bravely shared their stories; they have opened the door, knowing that when one person speaks truth, it gives license for all of us to do the same. We have learned that when people ask how any of us are doing, and when they really listen to the answer, with an open heart and mind, the load of grief often becomes lighter — for all of us. In being invited to share our pain, together we take the first steps toward healing.
So this Thanksgiving, as we plan for a holiday unlike any before — many of us separated from our loved ones, alone, sick, scared, divided and perhaps struggling to find something, anything, to be grateful for — let us commit to asking others, “Are you OK?” As much as we may disagree, as physically distanced as we may be, the truth is that we are more connected than ever because of all we have individually and collectively endured this year.
We are adjusting to a new normal where faces are concealed by masks, but it’s forcing us to look into one another’s eyes — sometimes filled with warmth, other times with tears. For the first time, in a long time, as human beings, we are really seeing one another.
Are we OK?
We will be. 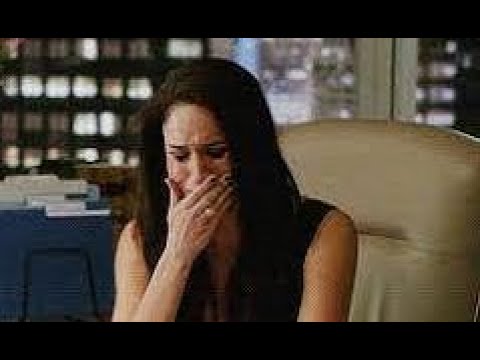 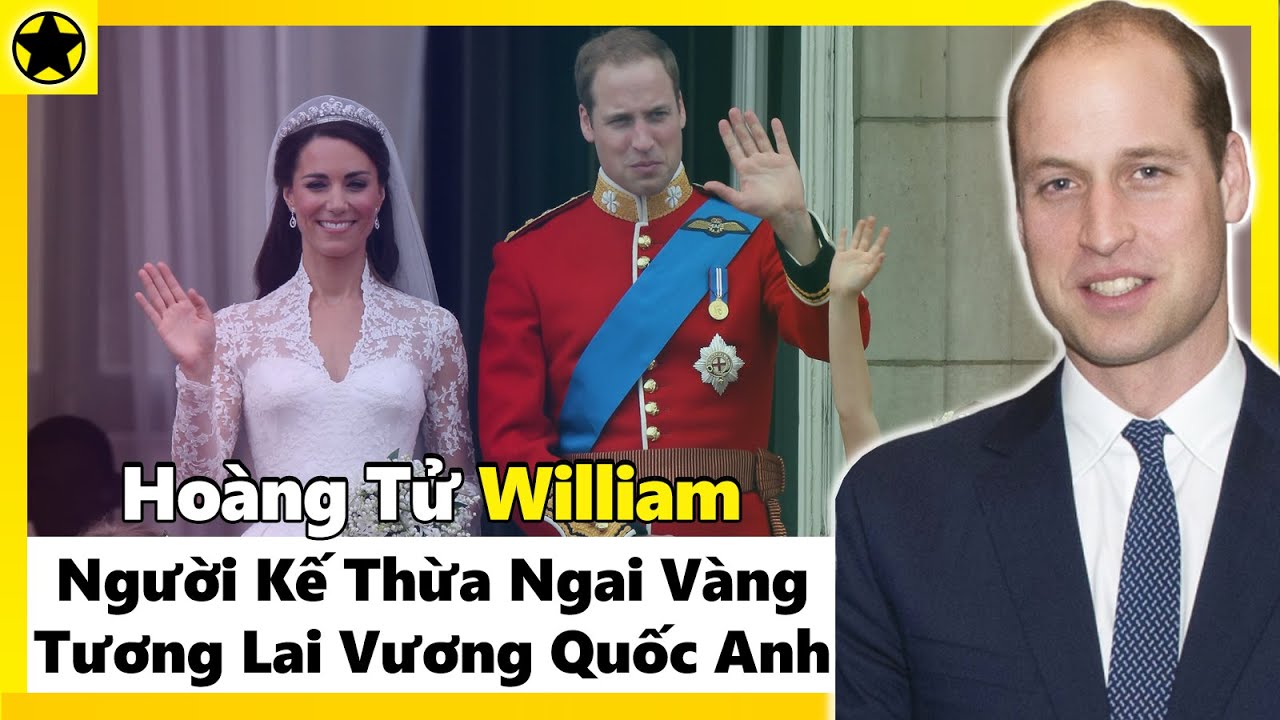