The Android operating system, introduced in February 2009, runs on all Android smartphones and tablets. Since it’s open-source, some devices have a custom version of the operating system (OS), but most have a similar look and feel and share the same functionality. Each version of the OS has a corresponding number, and each had its own dessert codename up until Android 10, such as Cupcake, KitKat, Lollipop, etc.

Don’t know which version of Android you have? Go to Settings > About phone > Android version. If you have an old version, learn how to update it.

Below is a history of the operating system from the beginning to the current Android version, including Android OS names, when each was released, and what they added to the platform.

Google released the developer version of Android 12 in early 2021 to give app developers a head start on preparing for the final release later in the year. The latest update includes many new features to help developers, including compatible media transcoding, rich content insertion, support for the AVIF image format, and easier debugging.

Several subtle changes have been made to the user interface. Most notably, the menu screens have a light-blue tint, which is easier on the eyes than the old white background. Users have more font options for texting, and there’s a built-in tool for editing screenshots. 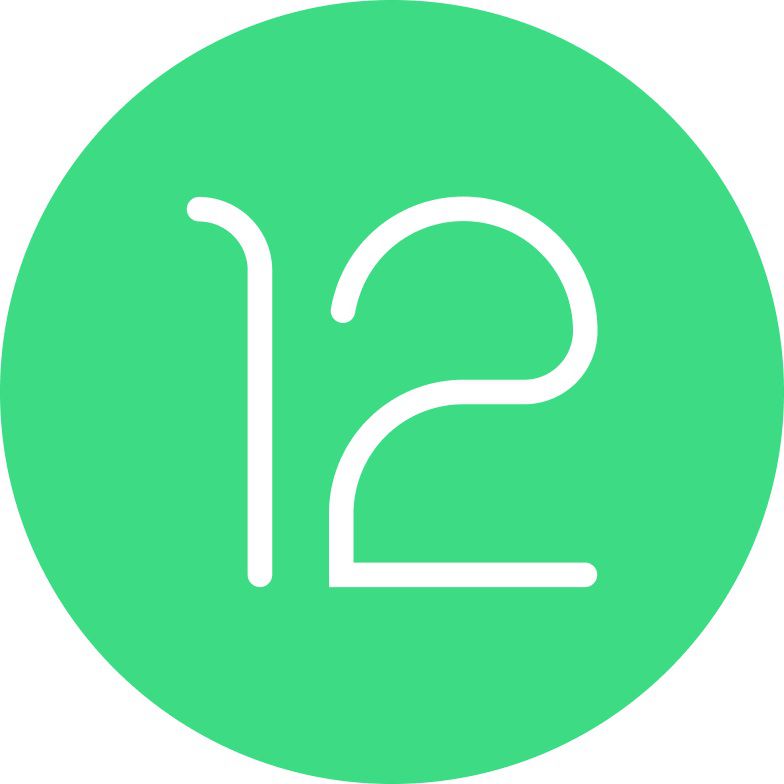 Android developer previews are only supported on Google Pixel devices but can be sideloaded onto other devices. Although a stable build is expected in May 2021, the rollout will likely be gradual and limited to specific devices at first.

Android 11 got a wider release than past versions, with OnePlus, Xiaomi, Oppo, and Realme joining the Google Pixel in getting first dibs. If you have a Pixel 2 or later, you likely got this OS update.

Some features are exclusive to the Pixel line of smartphones, including an AR-location sharing feature and more chat apps that can access Google’s Smart Reply functionality.

Features available to all users (with an upgradeable phone) include improved chat notifications and tighter location permissions.

Another messaging feature is Bubbles. If you’ve used Facebook Messenger’s Chat Heads, this is much the same. You can take a conversation and let it float above other apps; when you minimize it, the bubble moves to the screen’s side. Best of all, you can have more than one bubble going at once if you’re chatting in different apps. 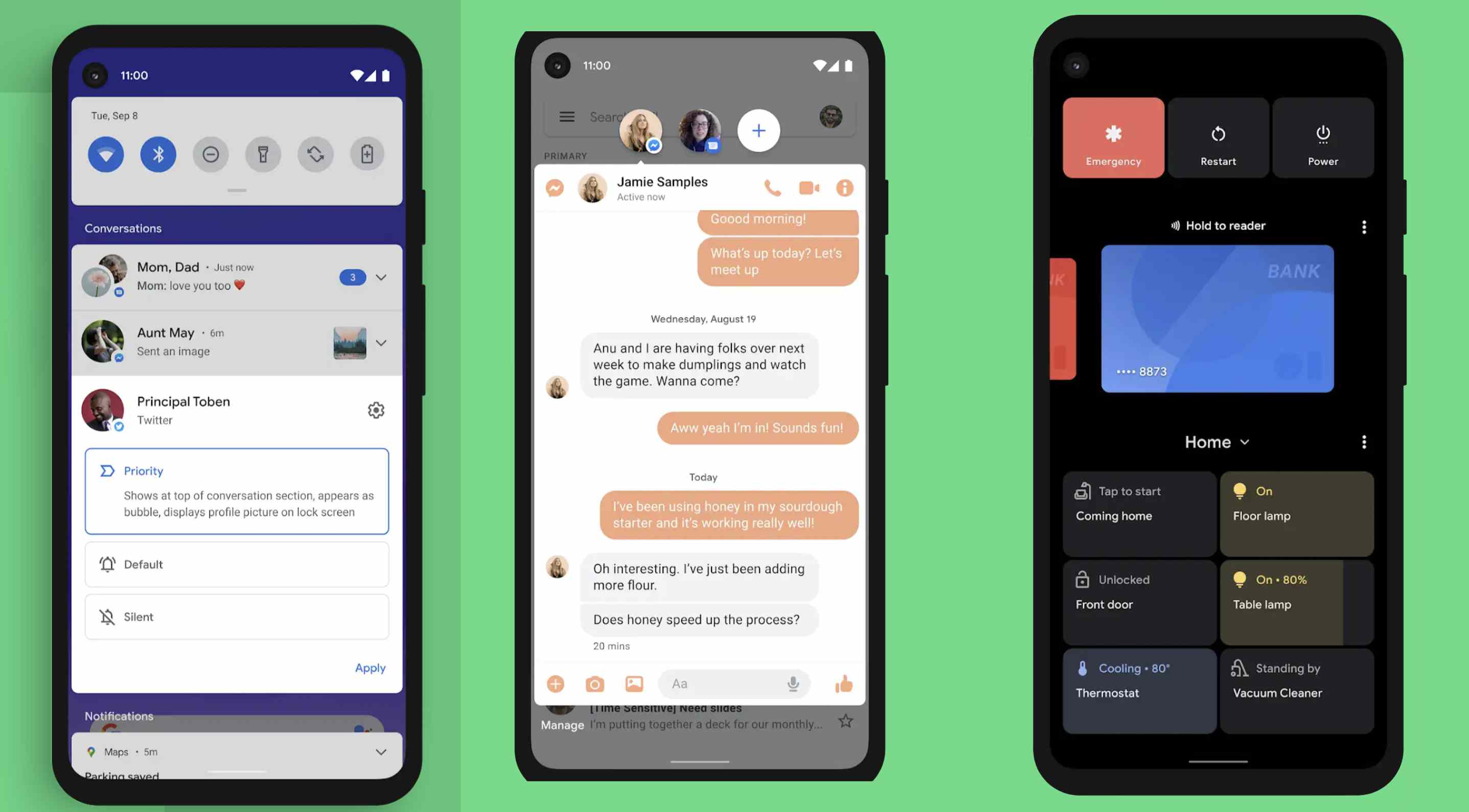 Finally, Android 11 enhances privacy features. When an app asks for location, microphone, or camera access, you can choose to allow it while using the app or allow it for one-time only.

Finally, if you haven’t used an app in a long time, Android 11 automatically resets the app’s permissions. 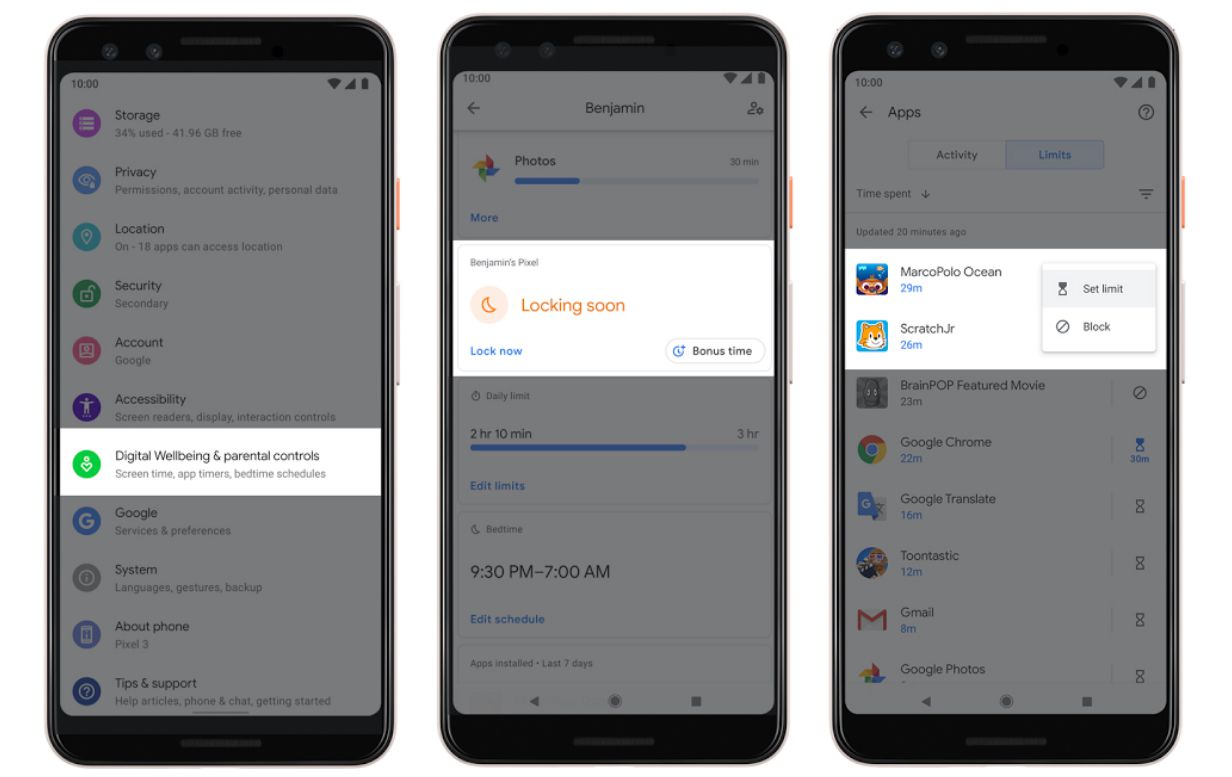 Android 10 (formerly known as Android Q) adds support for foldable phones. It also supports 5G wireless. Google worked with the Deaf community to create Live Caption, which automatically captions audio playing on a smartphone. Once Live Caption detects speech, it adds captions, and it can do so offline. A new Focus mode lets you silence distracting apps when you need a break.

Smart Reply can detect your next move, so if you tap an address, the phone opens Google Maps. Android 10 adds privacy and location sections to your settings. You can also choose to share location data only when you’re using an app. Plus, Android sends alerts to remind you when you’re sharing your location. Another new setting is Digital Wellbeing and parental controls, which integrates Google Family Link with the smartphone usage dashboard introduced with Android Pie. Finally, security updates happen in the background, so you won’t need to reboot. 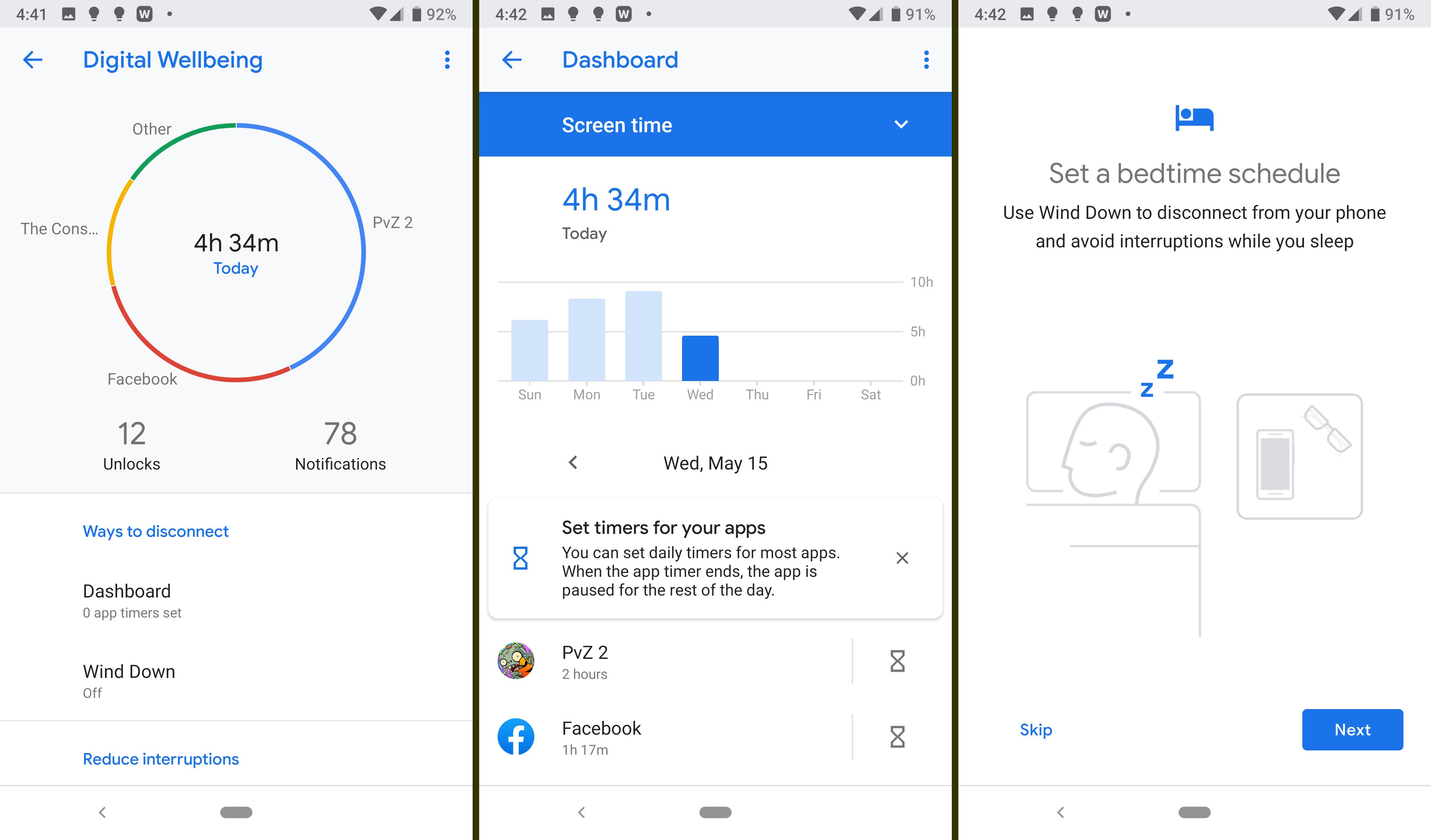 Android 9.0 Pie aims to help you use your smartphone less. It adds a dashboard that monitors your usage and several ways to mute notifications when you’re busy or trying to sleep. The OS also learns from your behavior. For example, it offers to disable notifications you frequently dismiss and gives battery priority to the apps you use most often. 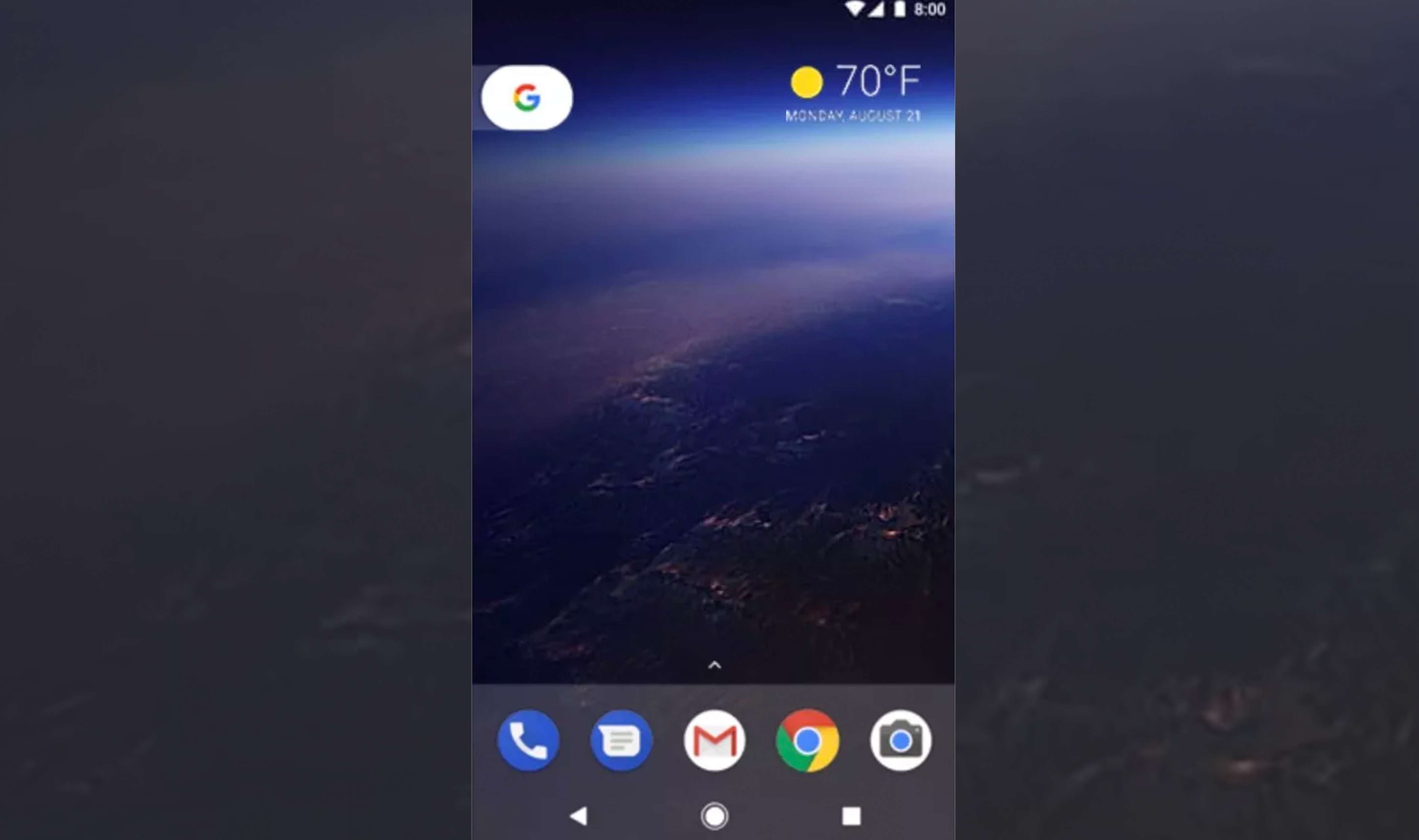 Android 8.0 Oreo’s release coincided with Go Edition, the company’s lighter OS for low-end devices. Android Go brought stock Android to cheaper devices that didn’t have the space for the full-blown OS. It also added a few usability enhancements and fixed a controversial emoji. 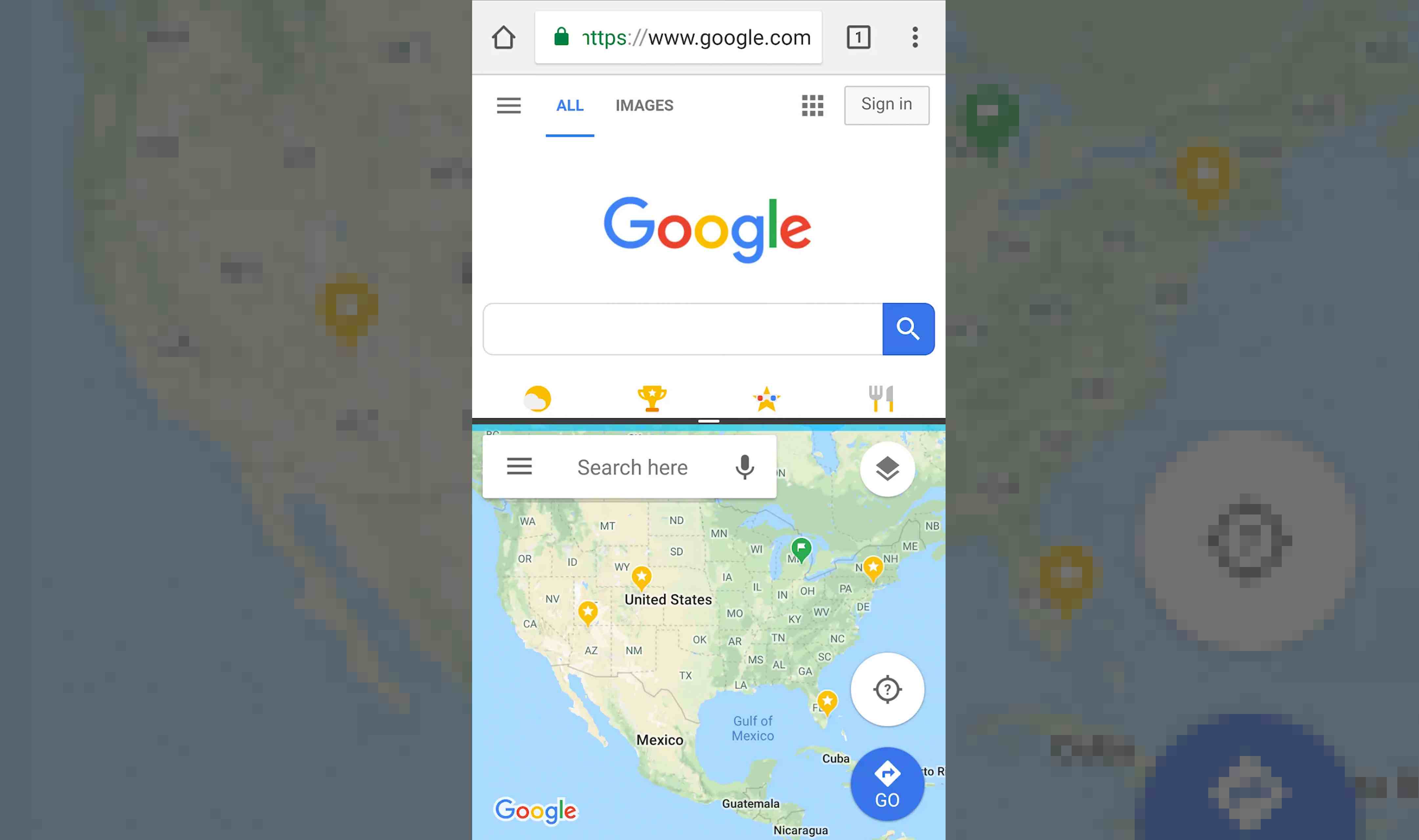 Modified versions of the Android OS are often ahead of the curve. Android 7.0 Nougat adds support for split-screen functionality, a feature that companies like Samsung already offered. It also adds more inclusive emojis with more skin and hair options. 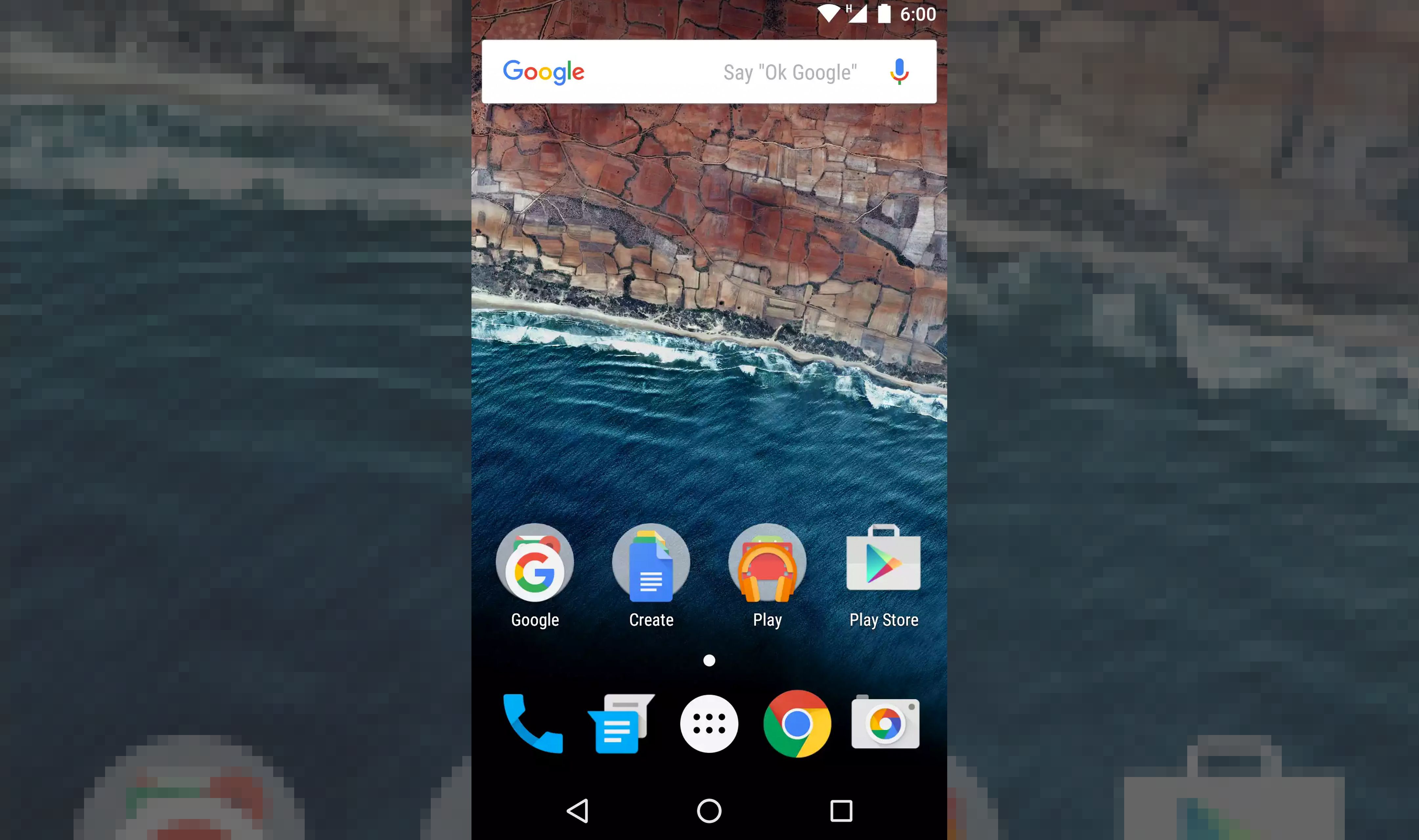 Android 6.0 Marshmallow introduces Do Not Disturb, previously known as Priority Mode. It enables users to mute all notifications during a specified time or only allow alarms or priority alerts. Do Not Disturb is a boon for people tired of being awoken by buzzes on their nightstand or during a work meeting. The other significant advance is in-app permissions. Users can choose which permissions to allow and which to block, rather than enabling all of them. Android Marshmallow is the first Android OS to support mobile payments via Android Pay, now known as Google Pay. 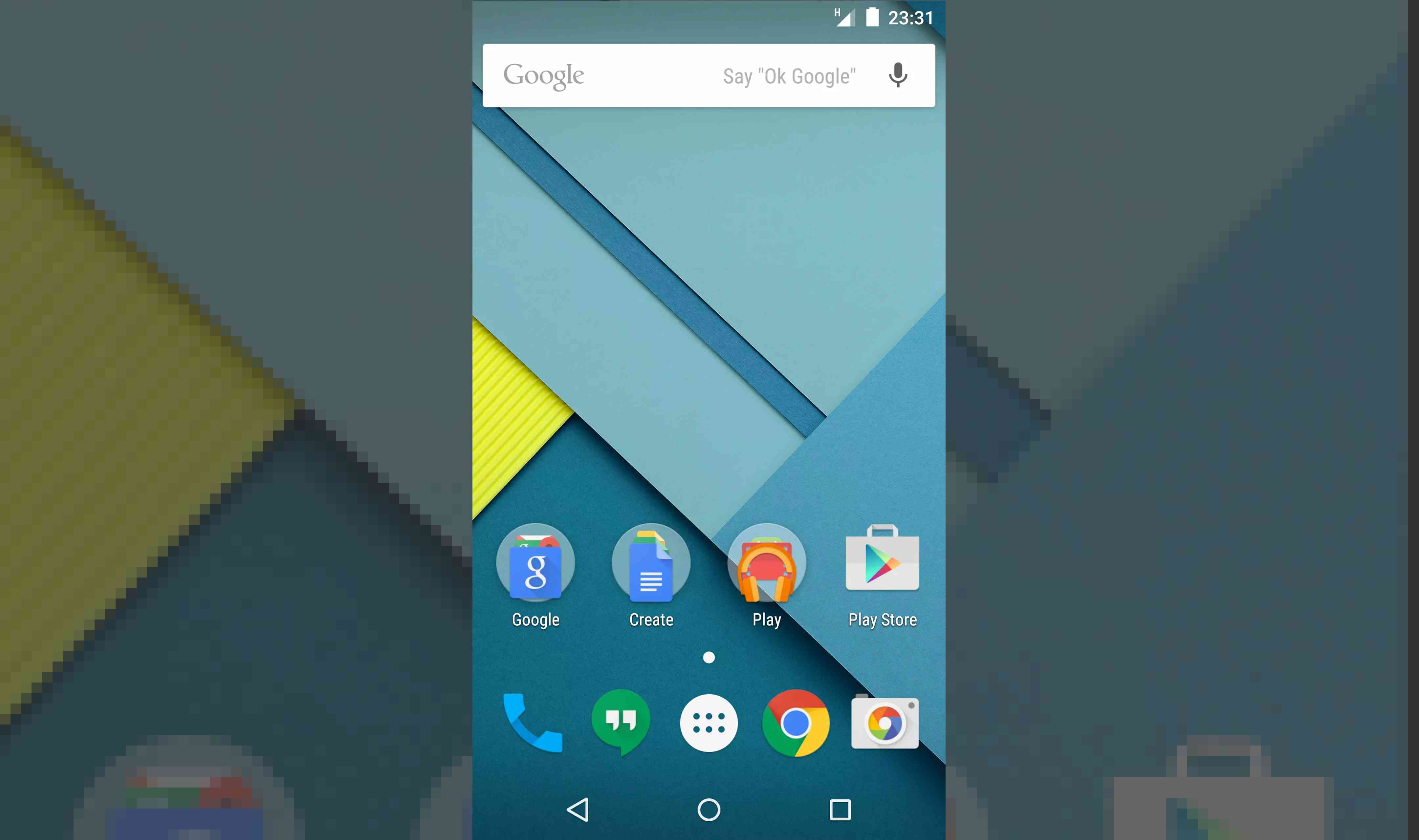 Android 5.0 Lollipop introduces Google’s Material Design language, which controls the interface’s look and extends throughout Google’s mobile apps. It adds a new way to transfer data between phones. Lollipop also introduces a security feature where a device remains locked until the owner signs into their Google account, even if the thief manages to reset the device to factory settings. Finally, Smart Lock keeps your phone from locking when in a trusted place such as your home or work, or when it’s connected to a trusted device, like a smartwatch or Bluetooth speaker. 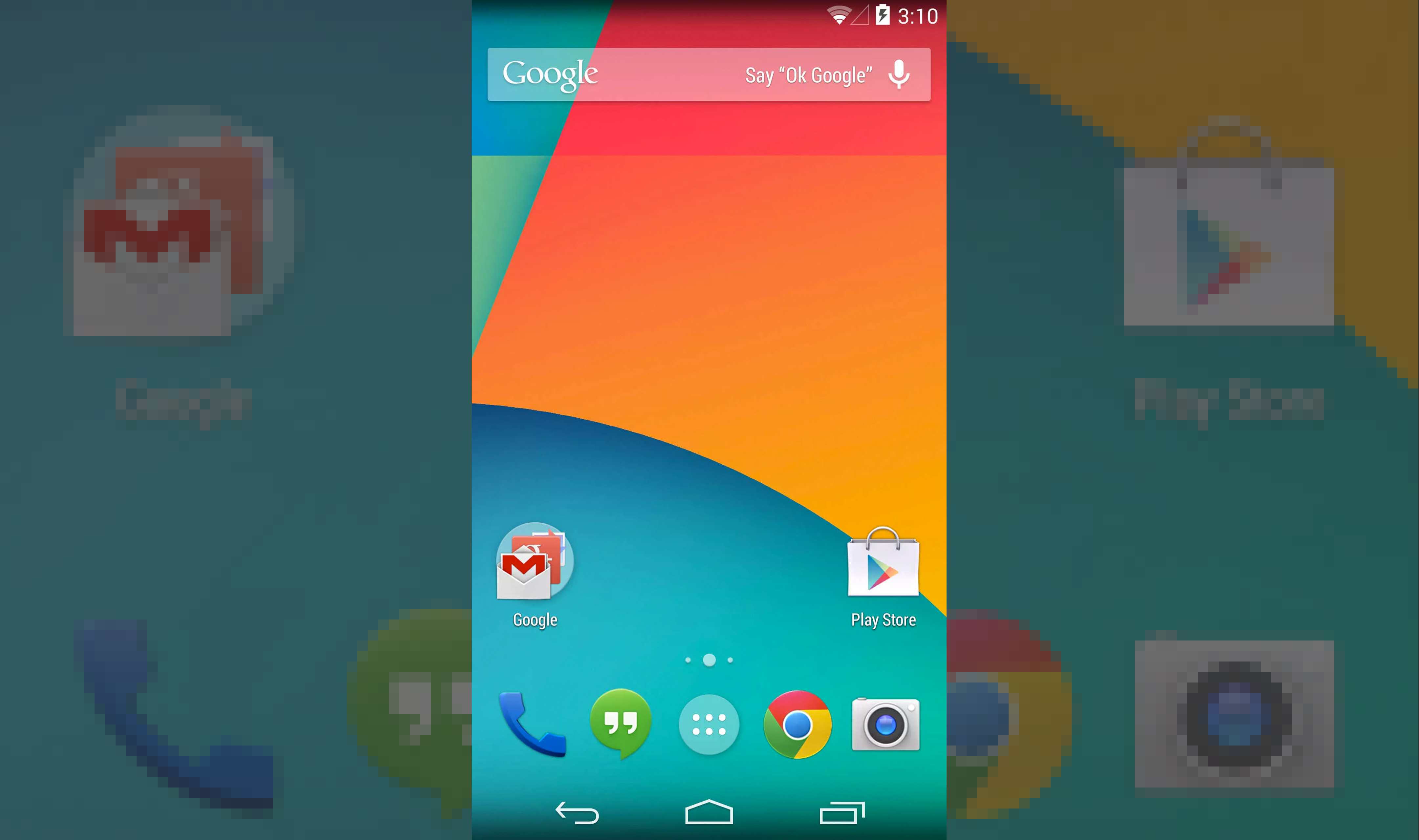 Android 4.4’s code name was Key Lime Pie. However, the Android team thought that key lime pie was an unfamiliar taste for the masses and went with KitKat, named after a Nestle candy bar, instead. The deal between Android and Nestle was so hush-hush that many Googlers didn’t know about it until the unveiling of the KitKat statue at the company’s Silicon Valley campus.

The update includes expanded device support compared to previous versions of the OS and the release of Wear (formerly Android Wear) by Google. The Wear updates (4.4W) are exclusive to smartwatches and released on June 25, 2014. 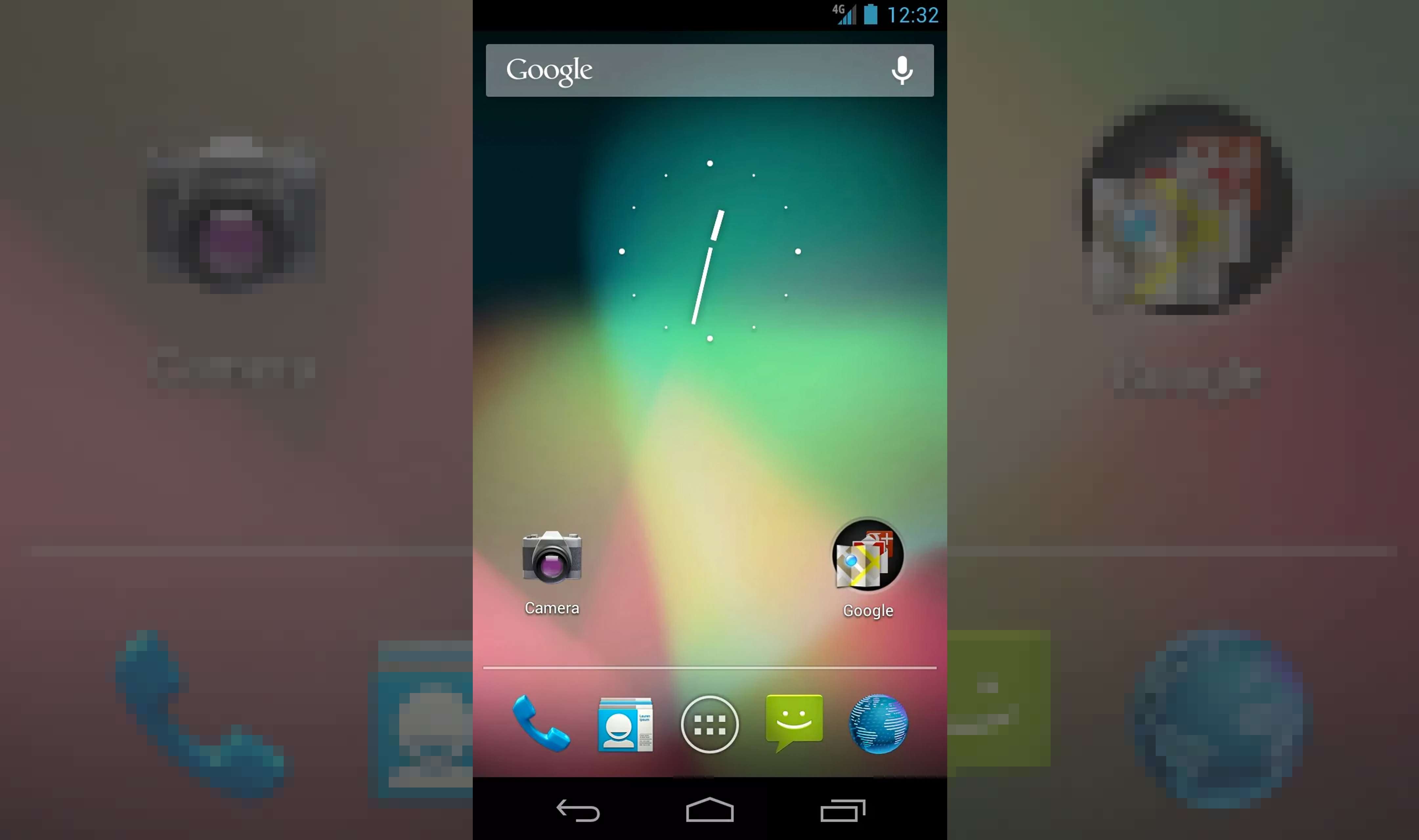 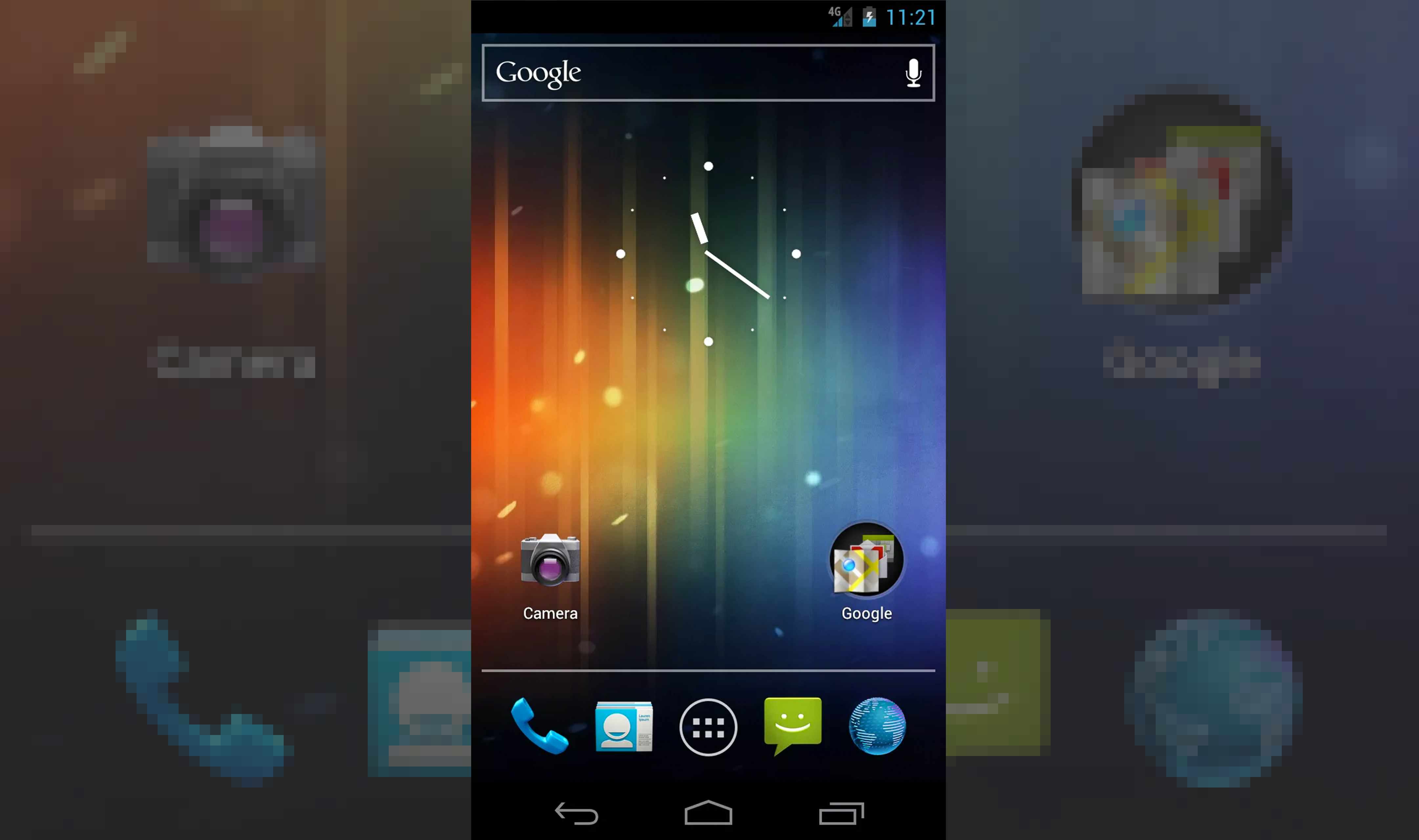 Android 4.0 Ice Cream Sandwich adds a few functionalities that are now ubiquitous, like screenshot capture, a Face Unlock feature, and a built-in photo editor. It also introduces Android Beam, which enabled users to tap the back of their phones together to share photos, videos, contact information, and other data using NFC.

The Google Play store is announced on March 6, 2012, merging the Android Market, Google Music, and Google eBookstore. This update rolls out to devices running Android 2.2 or later.

Android Honeycomb is a tablet-only OS that adds features to make the Android interface compatible with larger screens. Some elements remain available, like Recent Applications. 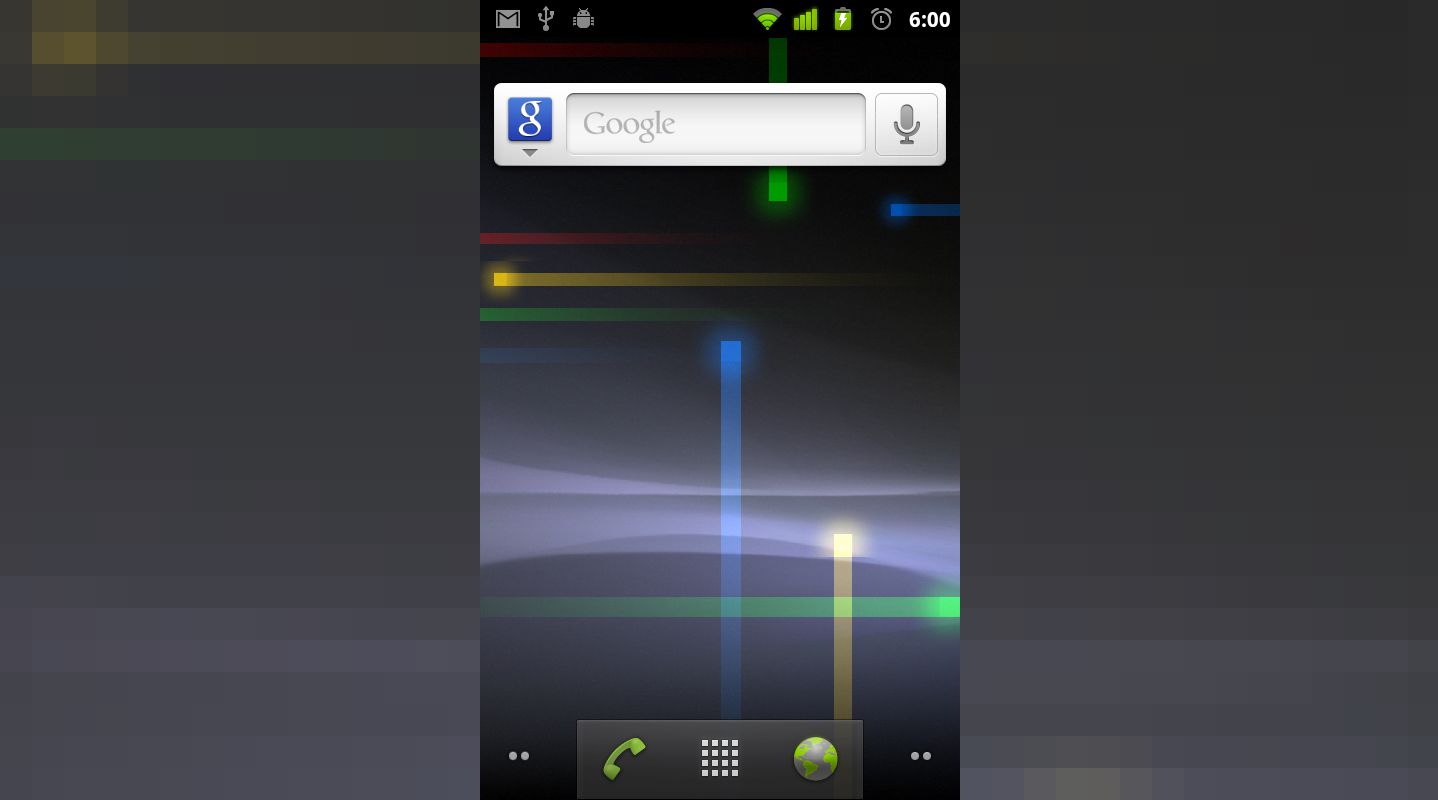 Android 2.3 Gingerbread brings a handful of enhancements, including NFC and multiple camera support. It’s also the first OS update to feature an Easter Egg, a Droid standing next to a zombie gingerbread man, with many zombies in the background.

This update also brings us Google Talk, often referred to as Google Chat, Gchat, and a few other names. It was replaced by Google Hangouts, but people still tend to call it Gchat. 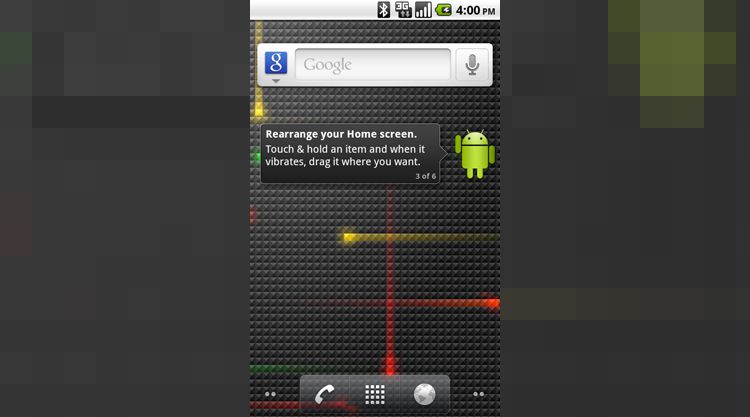 Android Froyo adds a function that many of us now take for granted—push notifications—in which apps can send alerts even when they’re not open. 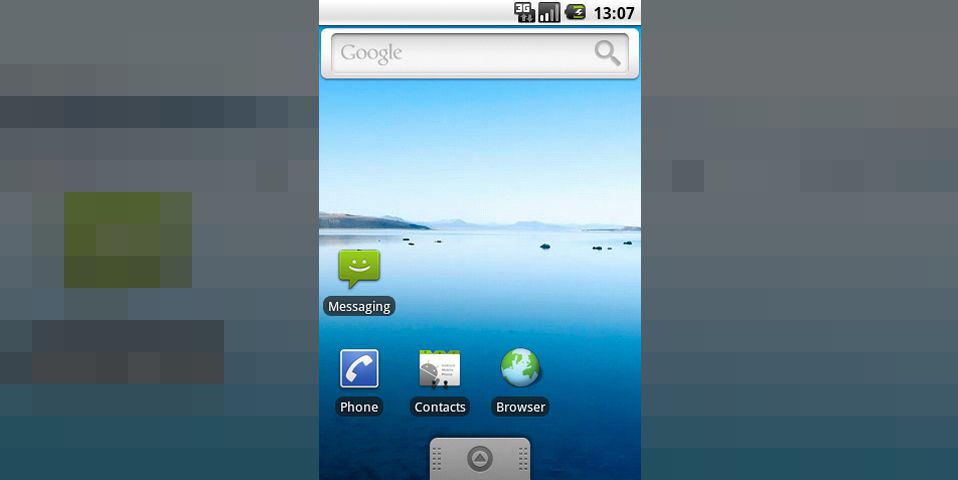 Android 2.0 Éclair adds support for more screen sizes and resolutions and some basic functionality, such as tapping a contact to call or text them. 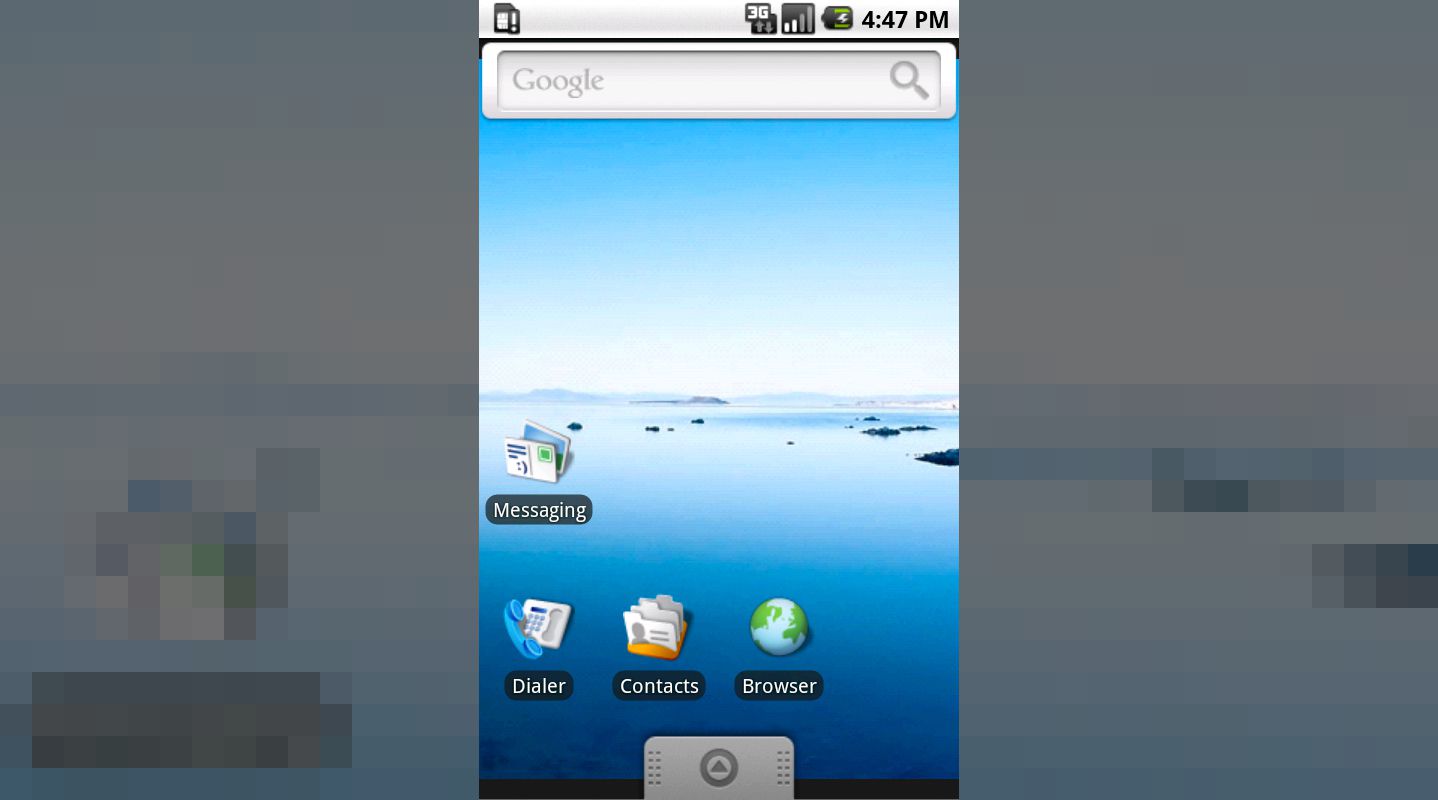 Android Donut adds some usability-related enhancements to the OS, including better search and photo gallery improvements. 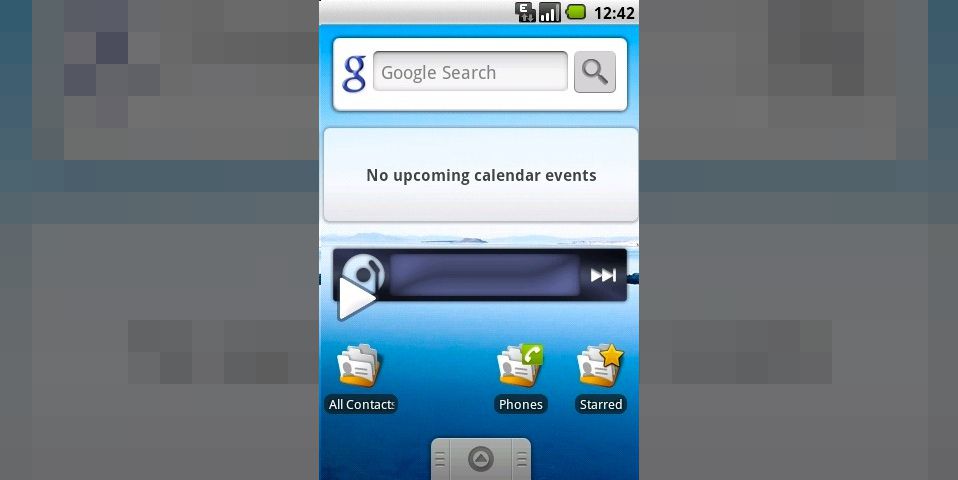 Android 1.5 Cupcake is the first version of the OS to have an official dessert name and introduces a touch keyboard and a few interface enhancements.

In September 2008, the first Android smartphone ships with Android 1.0, which doesn’t have a confectionary nickname. In the U.S., the HTC Dream is exclusive to T-Mobile and known as the T-Mobile G1. It has a slide-out keyboard instead of an onscreen keyboard and a clickable trackball for navigation. At the time, the Android Market is where you got apps. 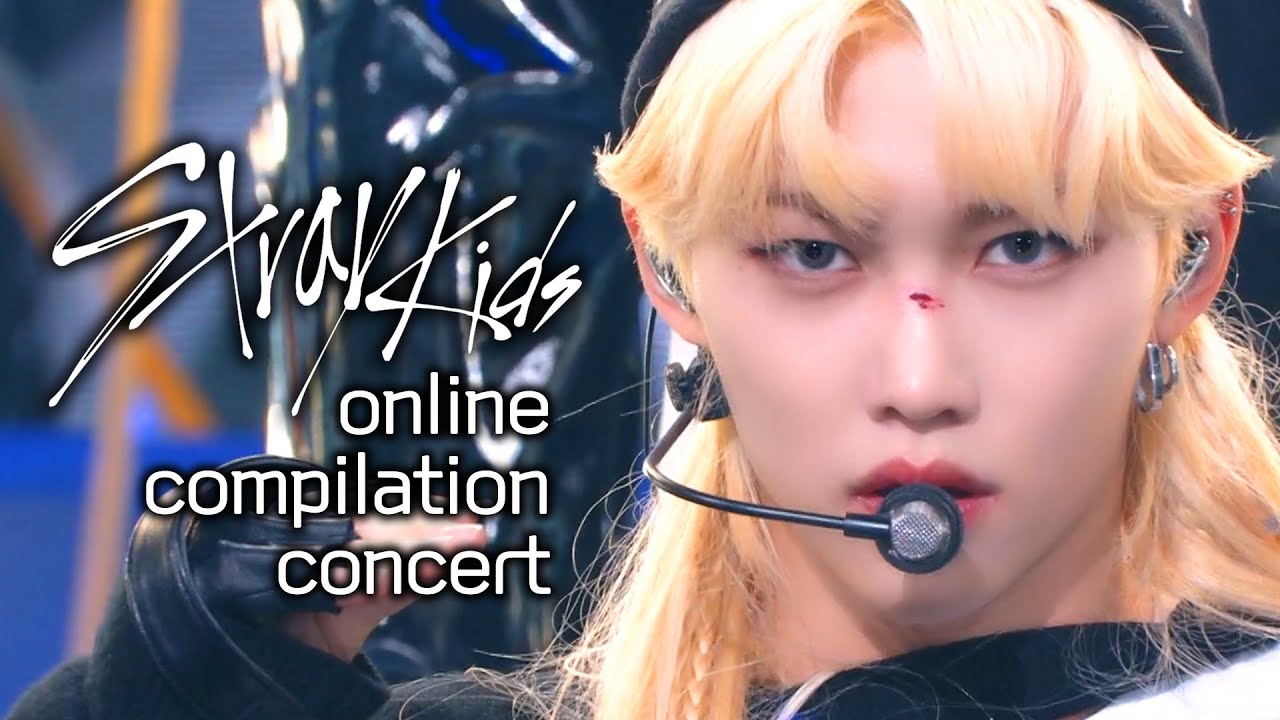 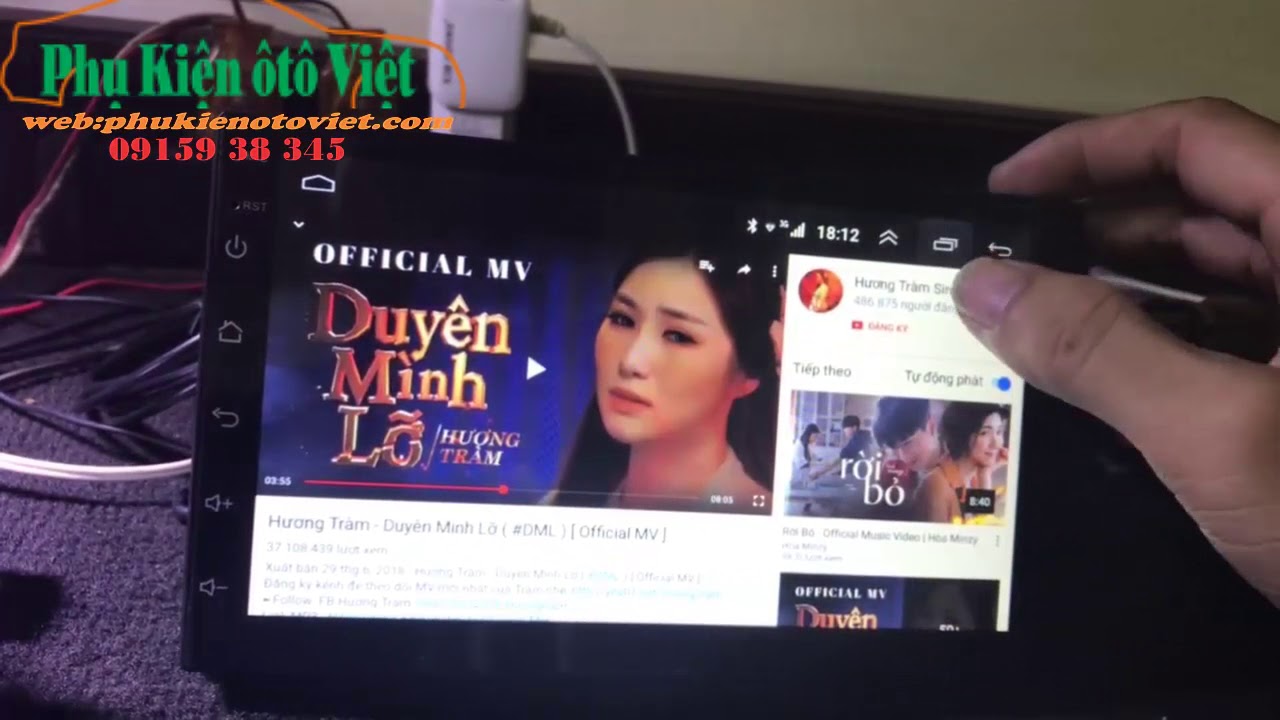 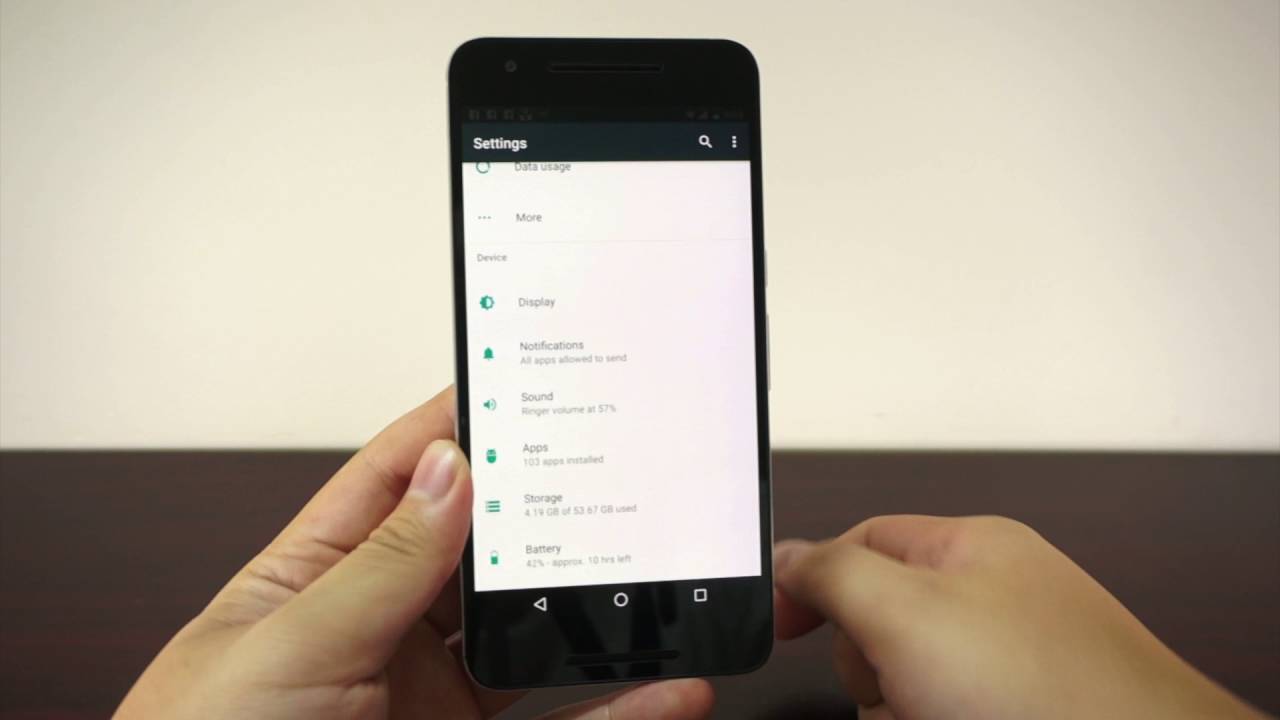 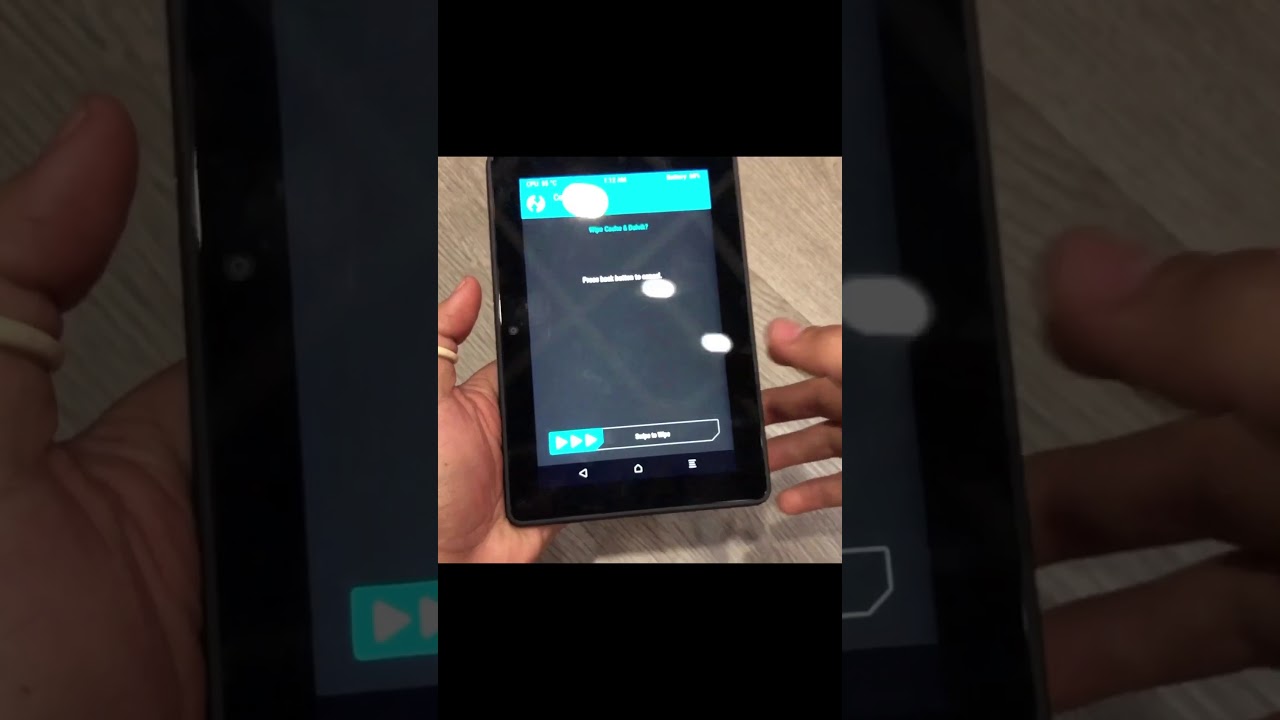 1 thought on “[Update] Android Versions Guide: Everything You Need to Know | android 7 – Pickpeup”