Urges Public to Listen to Audio Recording to ‘Know the Truth’ 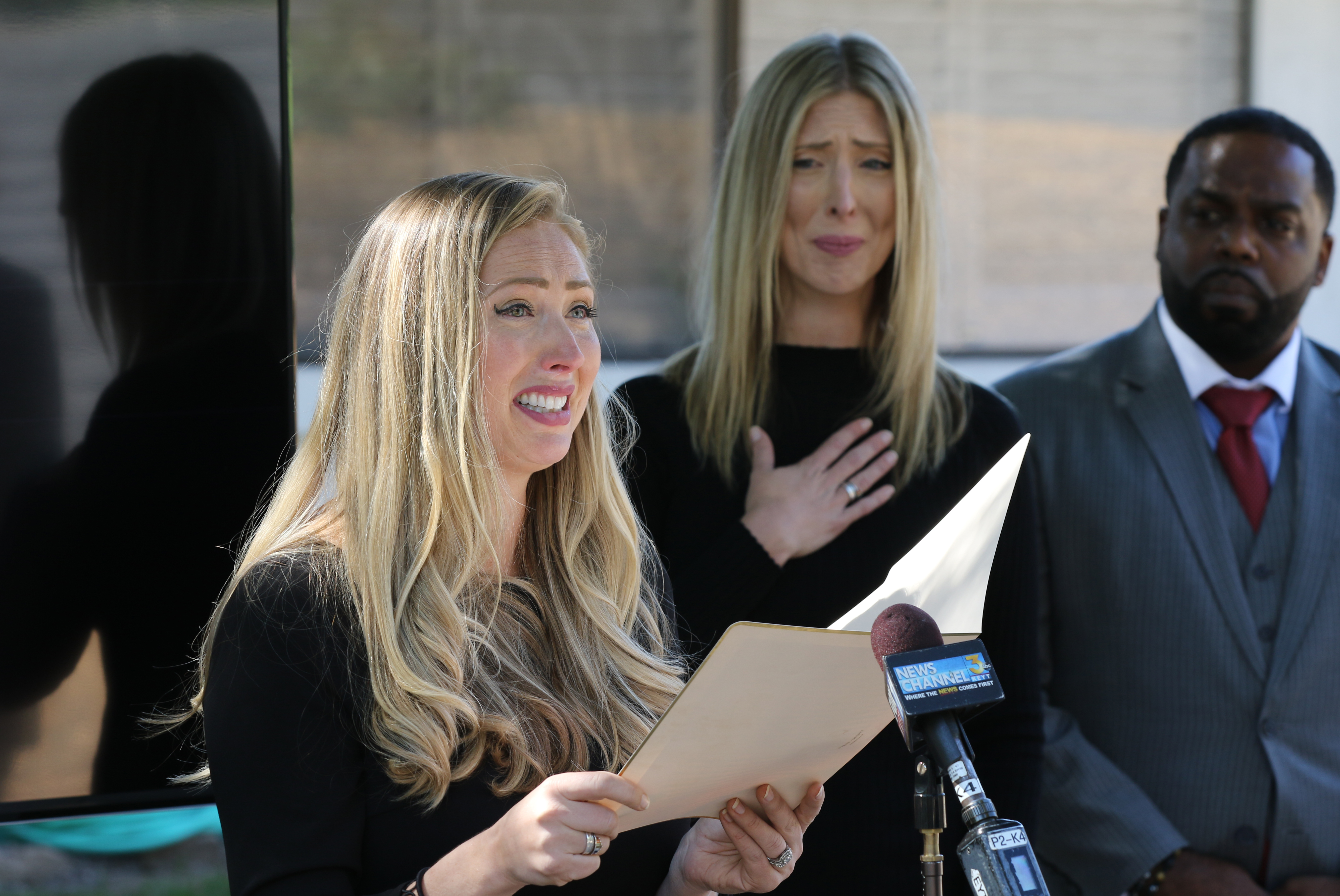 One year to the day after their brother Cameron Ely ― the son of Tarzan actor Ron Ely ― was shot 22 times by Santa Barbara Sheriff’s deputies, Kirsten Ely and Kaitland Ely Sweet and their attorneys held a tearful news conference in the driveway of the family’s Hope Ranch home to forcefully rebuke a new report by the District Attorney’s Office that ruled the shooting a justifiable homicide.

Cameron, who was unarmed when he was killed, was the prime suspect in the stabbing death of the siblings’ mother, Valerie, earlier that evening on October 15, 2019. Law enforcement officials claim Cameron announced he had a gun, then lunged at the deputies during their confrontation at the property.

The Elys and their attorneys dispute that narrative, arguing Cameron was attempting to surrender to the four deputies with his hands raised when they opened fire without reason or warning. The Elys claim the deputies then lied to investigators, and that the District Attorney’s Office is now complicit in the alleged cover-up. They point to an audio recording of the incident that directly contradicts the deputies’ statements and the District Attorney’s report, which relied solely on an internal Sheriff’s Office investigation. The family has since filed a federal wrongful death lawsuit against the county that also claims the deputies failed to give timely medical aid to Valerie when they responded to the scene.

“As we grieved our mother and brother over the past year, we were unable to pick up the pieces due to the intentional deception, ineptitude, and disregard for human life demonstrated by the Santa Barbara Sheriff’s Department and the conspiratorial obstruction of truth and outright lies put into print by the Santa Barbara DA’s Office,” said Kirsten as she trembled and read from prepared remarks. “The audio recording is conclusive proof that the statement that the DA released saying the shooting was justified is nothing more than a series of lies strung together to protect the deputies from their actions and to conceal the truth of what really happened to Cameron.”

Kaitland struggled to speak as she remembered her 62-year-old mother, “a real-life fairy godmother,” and her 30-year-old brother, a gifted athlete and musician who “had the most contagious laugh” and “gave the best hugs.” Cameron had the word “veritas,” Latin for “truth,” tattooed on his back, Kaitland said, “which was illegible when he arrived at the coroner’s office because it had been shot through so many times by the deputies.” “We urge everyone to listen to the truth,” she went on. “Listening to the audio only takes 19 seconds, and then you will know the truth, too.”

READ  What Emma Watson Is REALLY Like Behind The Scenes... | emma watson | En son Tay şarkıları

Attorney DeWitt Lacy, a well-known Los Angeles litigator who specializes in police misconduct cases, played the audio recording for members of the media. He illustrated how three of the main points made in the District Attorney’s report to portray Cameron as a threat to the deputies ― that they ordered him to the ground, that he announced he had a gun, and that the deputies commanded him to remain on the ground when he reportedly started to lunge ― cannot be heard at all.

District Attorney Joyce Dudley has blamed the omissions on equipment failure, saying the microphones worn by the deputies didn’t capture those particular statements. Lacy challenged that assertion, noting other dialogue is clearly audible just before and right after the shooting. None of the deputies’ body cameras were turned on at the time.

Moreover, Lacy said, the few brief moments in the tape between when the deputies first approach Cameron and the explosion of gunfire erupts simply don’t allow for that supposed series of events ― orders given, Cameron complying, Cameron then saying he has a gun, Cameron then not complying, deputies restating their orders ― to have occurred.

“There was no time for what law enforcement alleges happened to have happened,” Lacy said. “It’s just not possible. The rendition that they’ve cooked up doesn’t pass muster, and they have to be held accountable.”

Scott Roder, a forensic specialist working with Lacy’s team, said Dudley’s attempt to explain away the missing sound as a technical issue just doesn’t make sense. “Microphones don’t work that way,” he said. “You can’t pick up one thing and not something else from a few feet away.” The shooting occurred when Cameron and the deputies were standing within 10-12 feet of each other, Lacy said.

For too long, Lacy declared, unlawful police killings have only been considered a problem for black and brown communities. “I’m here to tell you today that this is an American problem that we all have to join together to do something about,” he said.

Attorney John Burris, who leads the civil rights law firm Lacy is a member of, said the statements made by Santa Barbara authorities shouldn’t be taken at face value. “Our view is we ought not accept their official position without some corroboration, and there is no corroboration whatsoever,” he said. “That is the basis for the lawsuit.”

Attorney John Burris demonstrates where Cameron Ely allegedly stood in the home’s driveway with his hands raised when he was shot. | Credit: Daniel Dreifuss

Even if the deputies had good reason to believe Cameron had murdered his mother, Burris went on, they weren’t legally allowed to shoot him if he didn’t pose an immediate threat to their lives. “You can’t summarily execute someone because you think they committed a crime,” he said. Burris theorized one deputy may have been spooked by some movement of Cameron’s and squeezed off a round, creating a chain reaction of gunfire among the others in a phenomenon known as a “sympathetic shooting.”

Lacy further discussed during the hour-long news conference how deputies allegedly ignored their own training and protocols when they failed to help Valerie upon arriving at the house. “They stepped over her as if she wasn’t there,” he said. Forty minutes passed before paramedics were allowed inside the home and declared her dead. Valerie’s most serious stab injury was to one of her lungs, Lacy said. “Certainly, it’s a devastating wound, but one that someone can live from if they receive the appropriate medical aid.”

The Ely sisters said they can’t help wonder if their mother could have been saved if the deputies had intervened sooner. “Our hearts break every time we think that the simple acts of checking her pulse, administering CPR, or immediately calling medics could have given us back our mom and allowed our father many more years with the love of his life,” said Kirsten.

Kirsten said the family had an inkling something was amiss when detectives stopped communicating with them only two weeks after the incident. They waited a year in “agonizing confusion” for some kind of update on the investigation. It was only when they obtained the recording through their civil complaint did they realize their instincts were correct. “Things were even worse than we imagined,” Kirsten said.

Neither authorities nor the family has provided a clear motive for Valerie’s murder, though a coroner’s report noted Cameron, a Harvard graduate who reportedly suffered from mental health problems and was living with his parents, had been acting erratically and aggressively in the days prior. Ron Ely, 81, was home at the time of the killing, confined to a wheelchair and unable to speak after a recent stroke.

In a statement issued Thursday afternoon, Sheriff Bill Brown went after the Elys and their attorneys for staging the press event while their lawsuit is still pending. “Unlike the plaintiff’s attorneys in this case, the Santa Barbara County Sheriff’s Office and the County of Santa Barbara takes seriously our professional obligation to avoid undue pretrial publicity about this matter since it is currently in litigation,” he said. “It is important to remember that the plaintiffs’ attorneys’ allegations are just that — allegations, not facts. We will respond to these allegations later, and at the appropriate place, the District Court.”

Dudley had no comment on the family’s accusations other than to say she would “carefully consider any new evidence that I am provided.”

The lawsuit remains in the discovery phase and no hearing dates have been scheduled.

Every day, the staff of the Santa Barbara Independent works hard to sort out truth from rumor and keep you informed of what’s happening across the entire Santa Barbara community. Now there’s a way to directly enable these efforts. Support the Independent by making a direct contribution or with a subscription to Indy+.

Movie Class by PizzaFLIX: A Hollywood pioneer, in 1932 Sol Lesser acquired the lucrative rights to five Tarzan films from a bankrupt independent producer. After the success of MGM’s bigbudget Tarzan starring Johnny Weissmuller, Lesser cashed in with TARZAN THE FEARLESS (1933) casting Olympic swimmer Buster Crabbe. He sold his rights for 3 films to MGM, but Lesser produced TARZAN’S REVENGE (1938) himself, casting yet another Olympian Glenn Morris as the Ape Man.
Stars: Glenn Morris, Eleanor Holm, George Barbier
Director: D. Ross Lederman
Eleanor and her parents are hunting big game, accompanied by her wimpish fiance. Ben lleu Bey wants to add her to his 100woman harem. Tarzan wants her too. 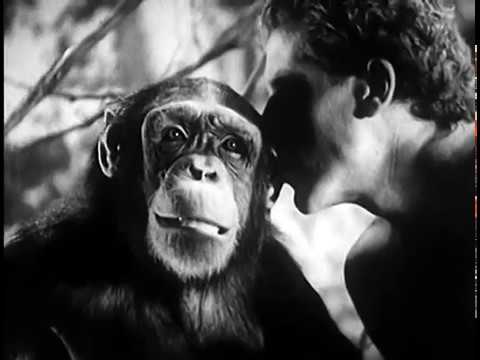 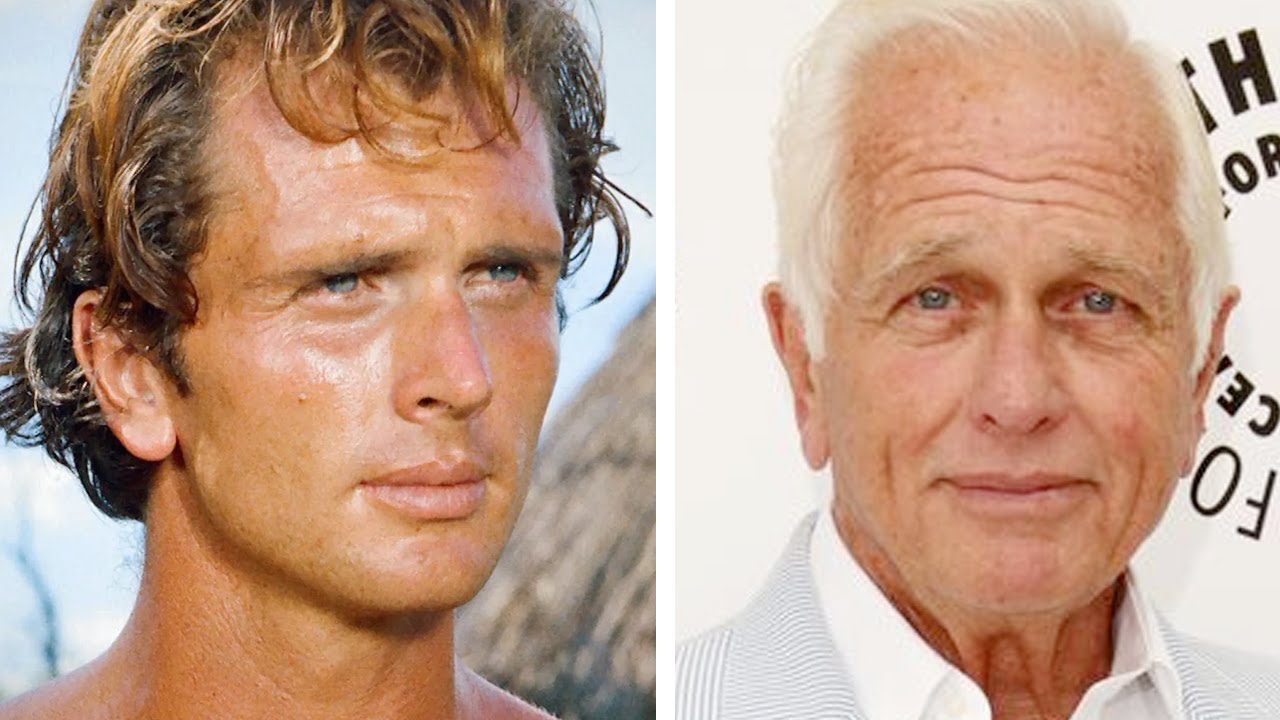 The family of actor Ron Ely, who played TV’s “Tarzan,” is speaking to Inside Edition about what they say is a police coverup. Investigators said Ely’s son, Cameron, killed his mother, and that their fatal shooting of the 30yearold son was “justifiable homicide.” Daughters Kirsten and Kaitland said they endured unimaginable pain and suffering in the year since the killing of their mother and brother on Oct. 15, 2019. The sisters say Cameron was unarmed when deputies shot him. InsideEdition 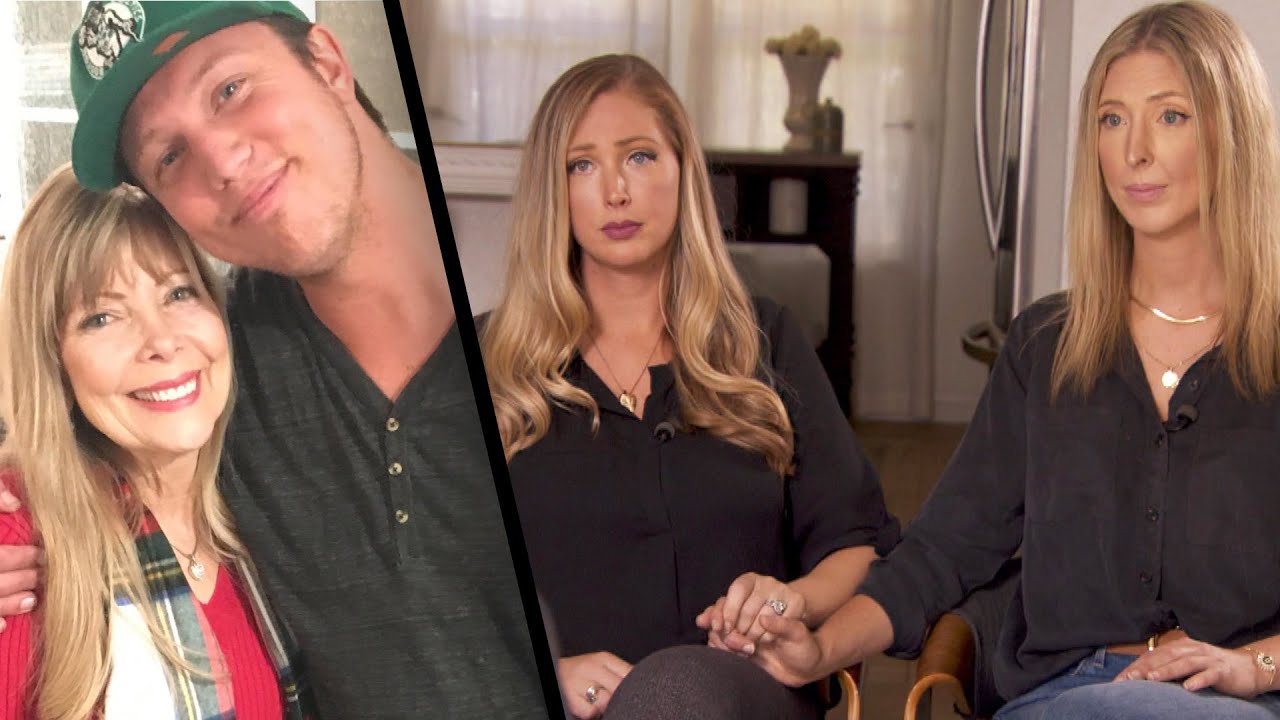 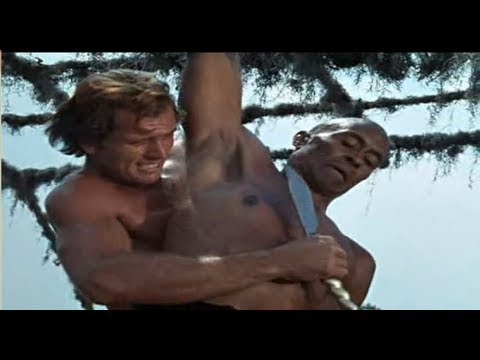