The 3rd-seeded Denver Nuggets just lost Game 1 to the 6th-seeded Portland Trail Blazers, which led to everyone raising questions about Jamal Murray. In the final minute of an April regular-season game against the Golden State Warriors, the Nuggets’ point guard landed awkwardly after an attempted basket. He was rushed to the locker room and we later learned that he tore his ACL.

Given Jamal Murray’s explosions in last year’s NBA playoffs, it is understandable why fans are inquiring about his return. He dropped multiple 40 and 50-point games and led the Denver Nuggets to two consecutive 3-1 comebacks. 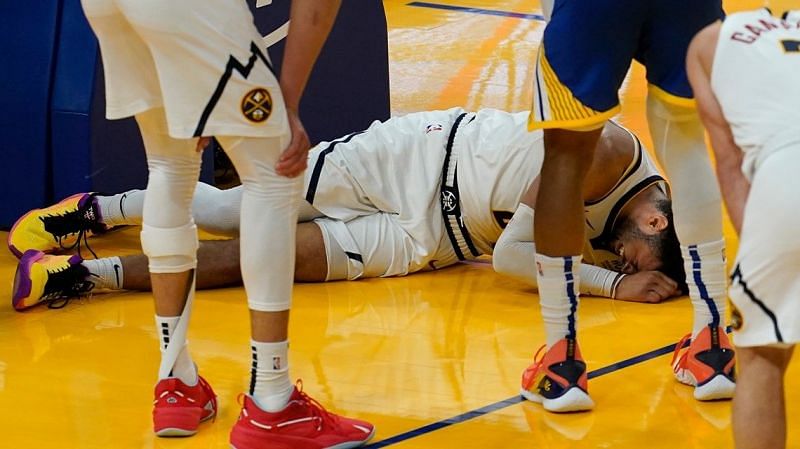 Jamal Murray after his ACL tear

Jamal Murray’s ACL tear happened at the worst possible time. The Denver Nuggets were soaring and about to put on another show in the NBA playoffs. Murray’s injury led to many analysts ruling out the Nuggets’ postseason chances and the entire burden of performance fell on Nikola Jokic.

“You all know what he means to us. He’s ‘the dude,’ you know what I’m saying — Nikola and Jamal…They’ve brought this team to new heights. You talk about their closing all the time, but we need Jamal. We all know that”

The team announced that he underwent successful surgery and will recover back to 100%. Murray posted a picture of himself after the surgery to reassure Nuggets fans of his swift return.

Jamal Murray after getting surgery on his ACL 🙏(via @BeMore27) pic.twitter.com/jeNOpDk7U8

ACL tears typically render a player out for about a full calendar year, forcing teams to be extra cautious with them. Given that Jamal Murray’s injury took place in April, the Denver Nuggets might have to go through the majority of next season without their point guard. 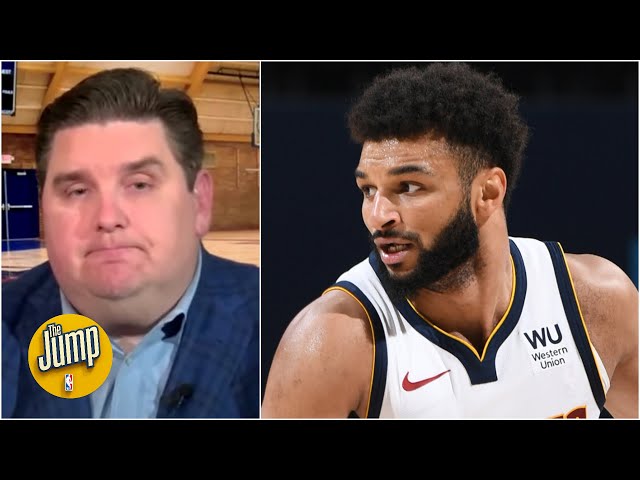 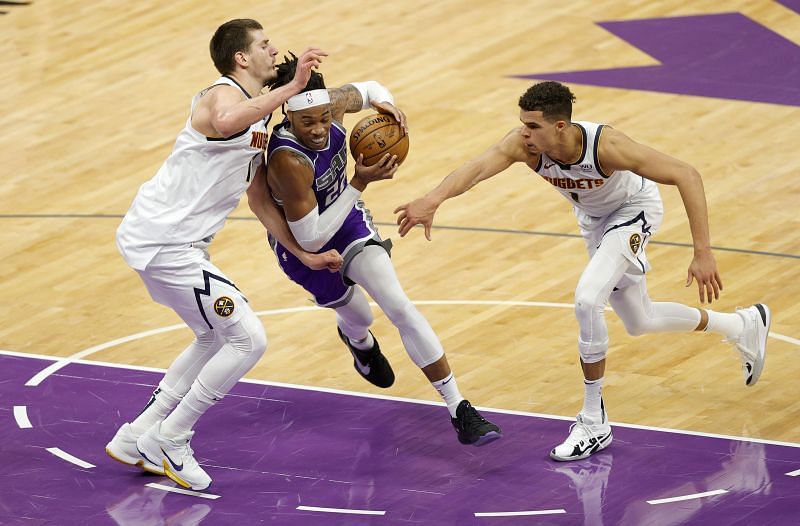 In Jamal Murray’s absence, Facundo Campazzo and Austin Rivers have shared the guard’s backcourt duties in the lineup. Nikola Jokic’s MVP-calibre exploits this season led the Nuggets to continue their winning ways even after Murray was injured. The Denver Nuggets were 13-5 in the regular season since his injury and 0-1 in the playoffs. 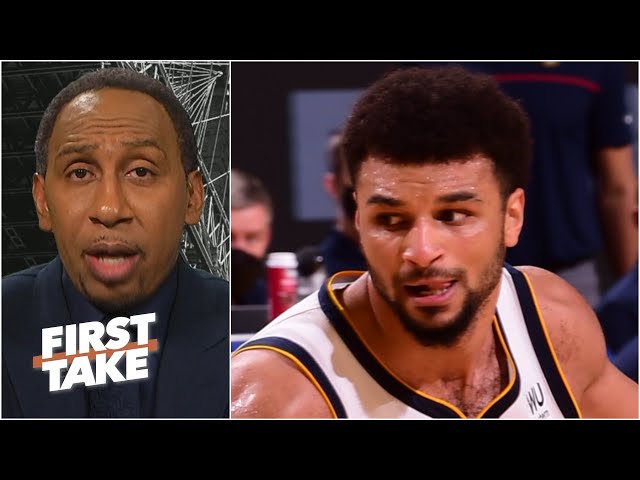 Many NBA analysts predict that Murray’s absence will give other players more opportunities on the court. Michael Porter Jr. is getting more touches and more shot attempts and he has shone since Jamal Murray’s injury.

Jamal Murray’s absence isn’t expected to ruin the team’s chances of victory given how Nikola Jokic runs the offense and not him. Murray’s weakness is his defensive game, although he has shown improvement on that side of the floor. The only place where the Nuggets take a hit is during crunch time. Jamal Murray is a clutch operator and the Denver Nuggets miss him down the stretch.

Also Read: When will Klay Thompson return from his injury? We analyze the impact of the Golden State Warriors star’s absence on his team

Check out the best plays from Jamal Murray during the 201819 NBA Regular Season and Playoffs thus far!
Subscribe to the NBA: http://bit.ly/2rCglzY
For news, stories, highlights and more, go to our official website at http://www.nba.com
Get NBA LEAGUE PASS: https://nba.app.link/e/yGbauuaHeU 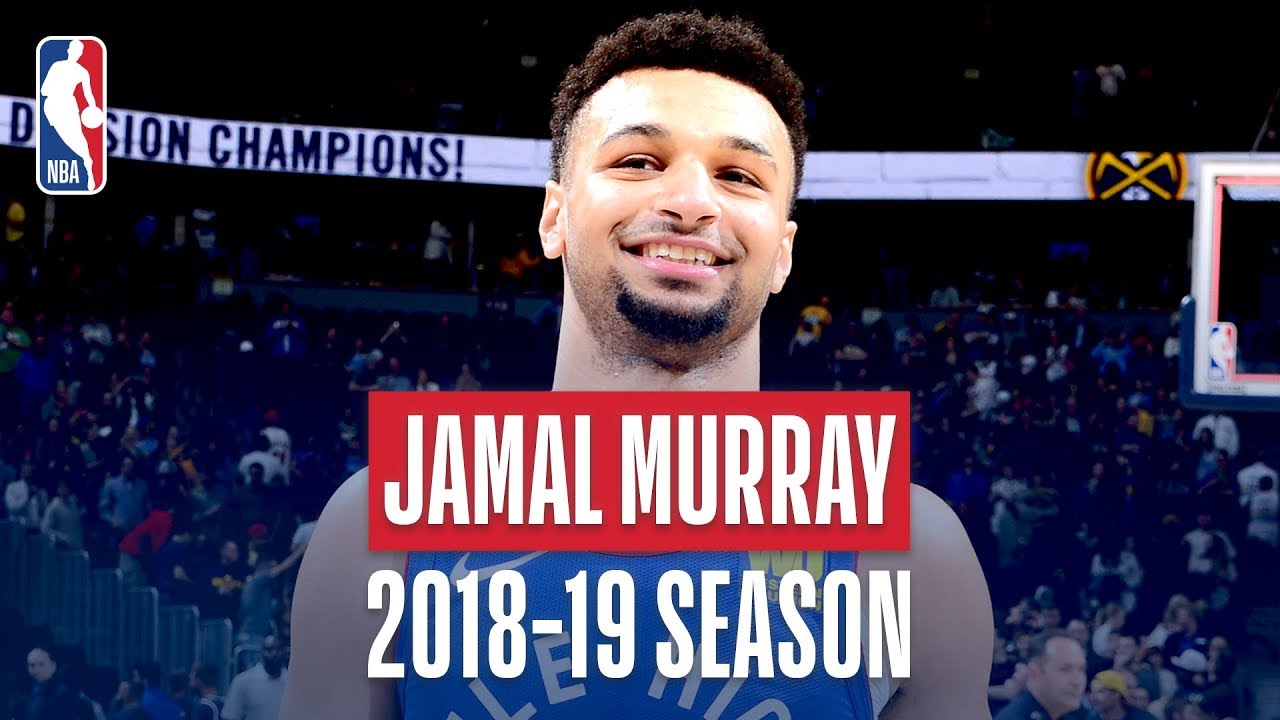 If you’re looking for an online sportsbook we recommend BetUS. Right now you can get 125% match play when you sign up, so don’t miss out on free money! Check them out here: http://bit.ly/BETUS 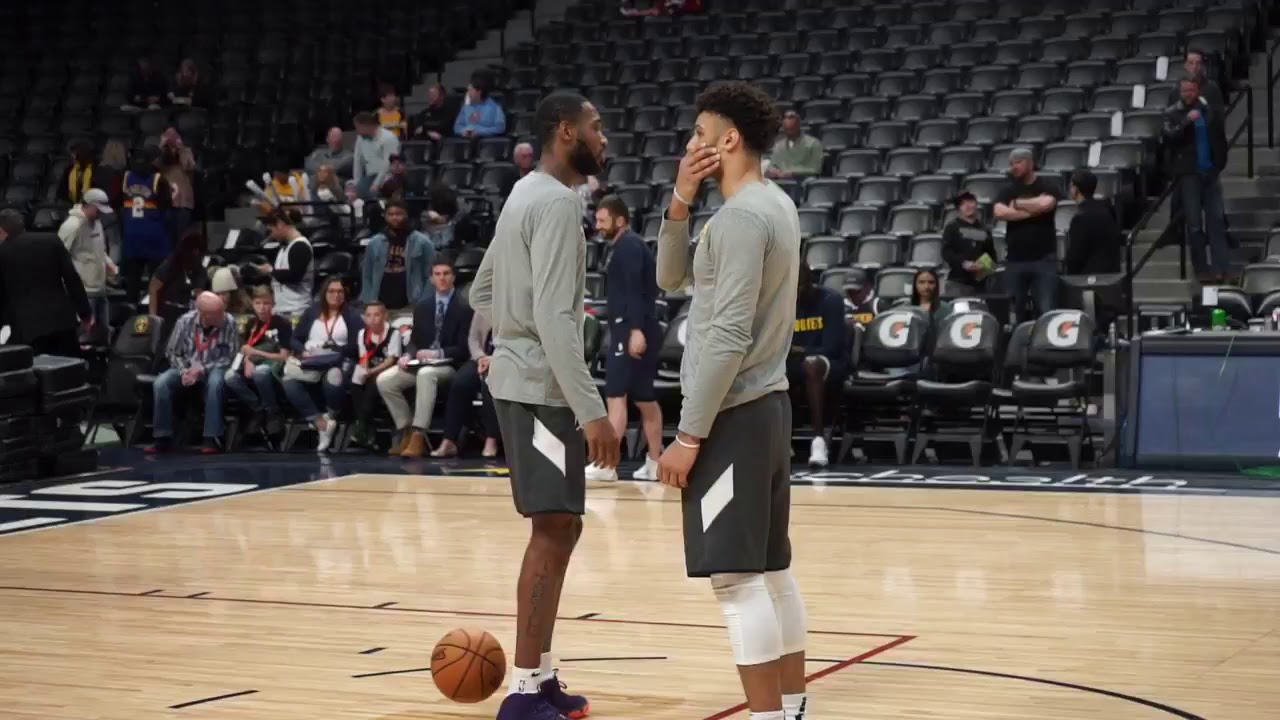 NBA \”Jelly Layup\” MOMENTS showcases some of the most acrobatic layups in recent NBA History. It includes players such as Kyrie Irving, Derrick Rose, LeBron James, Russell Westbrook and many more!
Social Media\r
Instragram: kingswishig\r
Twitter: iamkingswish\r
Snapchat iamkingswish\r
\r
All clips property of the NBA. No copyright infringement is intended. All videos are edited to follow the \”Free Use\” guideline of YouTube\r
\r
“NBA video clips used in content on this channel are licensed through partnership with NBA Playmakers.” 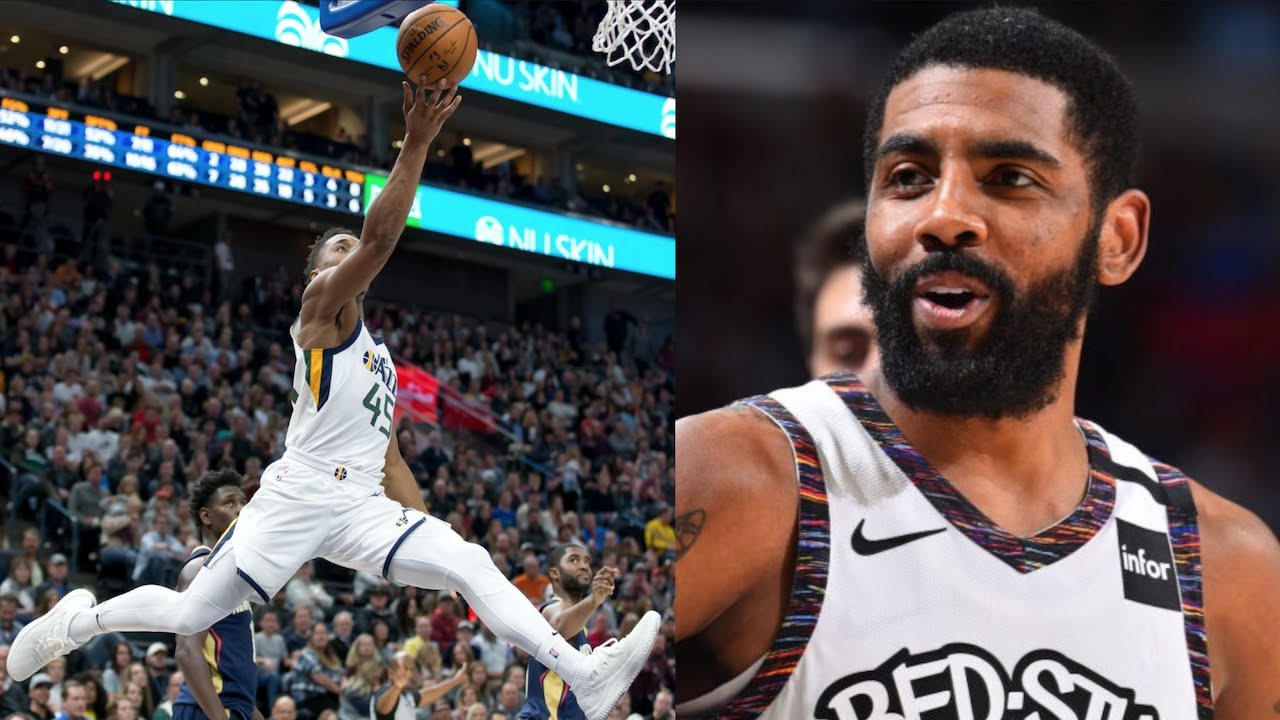 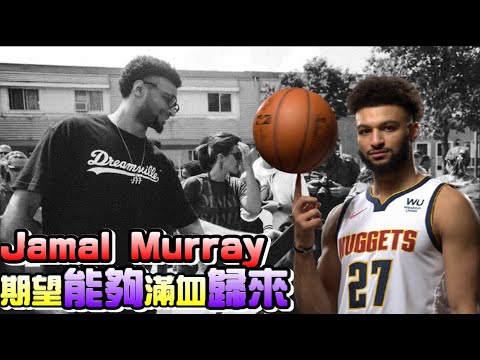 In a winorgohome Game 6 for the Denver Nuggets, Jamal Murray rose to the occasion again, scoring 50 PTS for his second 50+ PTS game of the series to help the Nuggets force a Game 7 against the Utah Jazz in the NBAPlayoffs! It was Murray’s thirdstraight 40+ PTS game of the series.
Game 7: Tuesday, September 1, 8:30 PM ET on ABC
Subscribe to the NBA: https://on.nba.com/2JX5gSN \r
Full Game Highlights Playlist: https://on.nba.com/2rjGMge\r
For news, stories, highlights and more, go to our official website at https://nba_webonly.app.link/nbasite\r
Get NBA LEAGUE PASS: https://nba.app.link/nbaleaguepass5 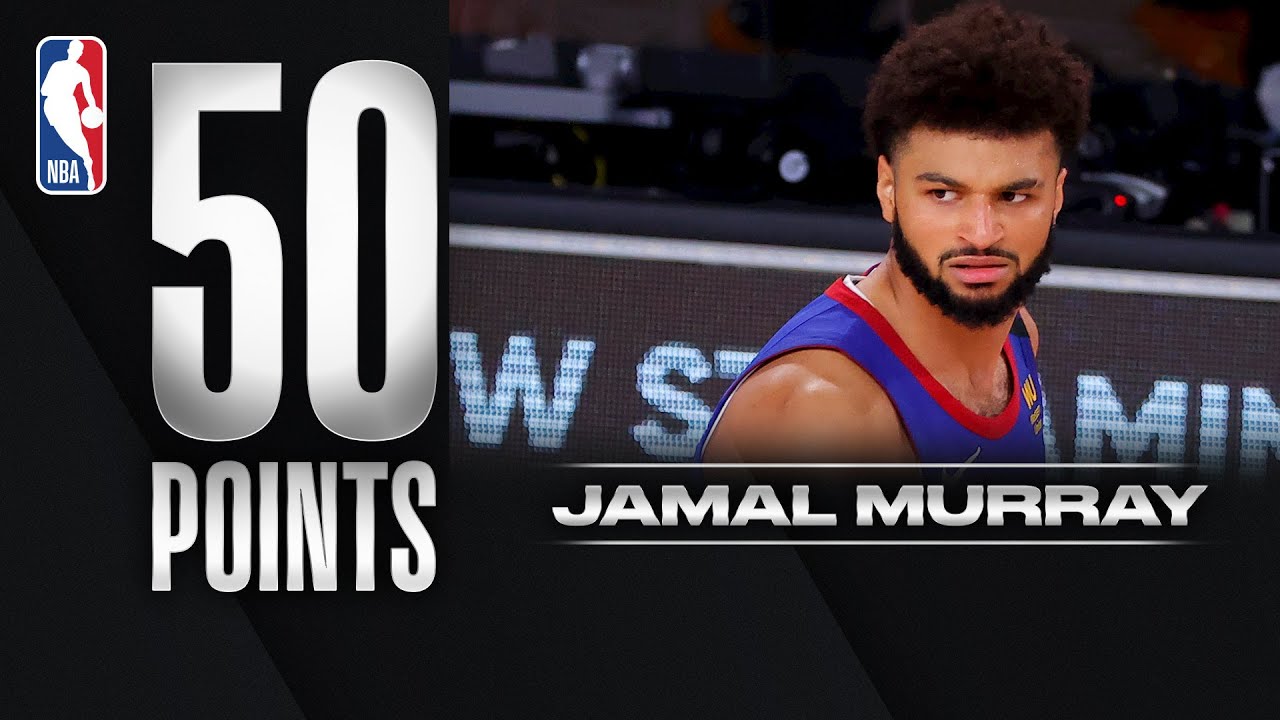 2 thoughts on “[NEW] When will Jamal Murray return from injury? We analyze the impact of the Denver Nuggets star’s absence on his team | jamal murray – Pickpeup”