Let us start with a simple, relatively informal statement: “in most cases, those who start learning a language as children become ultimately become more proficient in a language than those who start learning it later”. This is uncontroversial, and something I think the vast majority of second-language acquisition researchers would agree on. However, this is not how the Critical Period Hypothesis (CPH) is understood within the field of Second Language Acquisition (SLA). CPH is a large subject, and your question is hard to answer in a few paragraphs. Therefore, I am reusing large fragments of an assignment I wrote on this very topic for an SLA course a few years ago. Let me know if something is unclear or the style is too terse at some points.

Controversies with the Critical Period Hypothesis (CPH) are related to the issue of ultimate attainment of early and late language learners, that is, the highest language proficiency level they can attain. The patterns in ultimate attainment may be explained by CPH, but they may also have different explanations. Some researchers support some form of the Critical Period Hypothesis (Johnson and Newport 1989, DeKeyser and Larson-Hall 2005, Patkowsky 1994, Scovel 1988), while others argue against it (Bialystok 1997).

A major problem with the Critical Period Hypothesis is that there appears to be no universally accepted definition of a critical period within linguistics. Bialystok (1997) bases her discussion of the critical/sensitive period (which she takes to be synonymous1) on a specific technical definition used in ethology, which includes 14 essential structural characteristics that describe such a period (Bornstein 1989). She argues that one of these characteristics is especially problematic – the system: “structure or function altered in the sensitive period” (Bornstein 1989:184). In other words, she argues that there is no period where a structure in the brain is modified in a way that makes subsequent language learning harder or impossible. Bialystok does, however, agree that there is an optimal period for language learning – something that can be characterised by the statement “On average, children are more successful than adults when faced with the task of learning a second language” (Bialystok 1997:117). Despite the controversy around other issues, this fact is uncontested and has been verified by numerous studies.

Bialystok (1997) rejects the existence of a critical period, because of lack of postulated structure that is modified when the period is over. She postulates that an important factor that causes differences in ultimate attainment between early and late starters is learning style: children prefer accommodation (creating new concepts) over assimilation (extending existing concepts). The question remains: why do they prefer accommodation? She suggests that “[t]his may be because children are in the process of creating new categories all the time as they are learning new information” (Bialystok 1997:132).

Definitions of the critical period used by supporters of CPH

The researchers who support some form of the Critical Period Hypothesis (Johnson and Newport 1989, DeKeyser and Larson-Hall 2005), formulate it in a form that is much weaker than Bialystok’s (1997) formulation. What they postulate often resembles what Bialystok calls the optimal age.

Johnson and Newport (1989) reformulated CPH into two alternative hypotheses, in order to fit second language acquisition into the picture:

DeKeyser and Larson-Hall (2005) formulate the hypothesis as: “language acquisition from mere exposure (i.e. implicit learning) […] is severely limited in older adolescents and adults”. Their formulation is quite vague, as is the constatation that there is a “qualitative change in language learning capacities somewhere between 4 and 18 years”.

Age effects before and after puberty

The current consensus is that early learners perform consistently well in all aspects of language use. As we move the starting age, they perform statistically worse and worse until puberty. The decrease in performance is not uniform, and in some areas (such as phonology) it is particularly visible. Performance on the same level as early bilinguals is possible, but rare.

Probably the most controversial aspect is the performance of adult learners. After puberty there is much bigger variance in the performance, so data are more prone to different interpretations. The results obtained by Derwing and Munro (2013) suggest that comprehensibility and good accent are negatively correlated with the age of arrival, that is, the age when English language immersion started. Johnson and Newport (1989) found no correlation of starting age after puberty with ultimate language proficiency, while Bialystok (1997) re-analysed these data and found some negative correlation. A meta-analysis by DeKeyser and Larson-Hall (2005) downplays the role of post-adolescent correlations. As we can see, the jury is still out on this debate.

This video gives an overview of Krashen’s 1982 hypotheses of second language acquisition. It’s a must watch video for the ‘Applied Linguistics and TESOL’ students.
Brought to you by: http://www.ukdissertationwriters.com/ 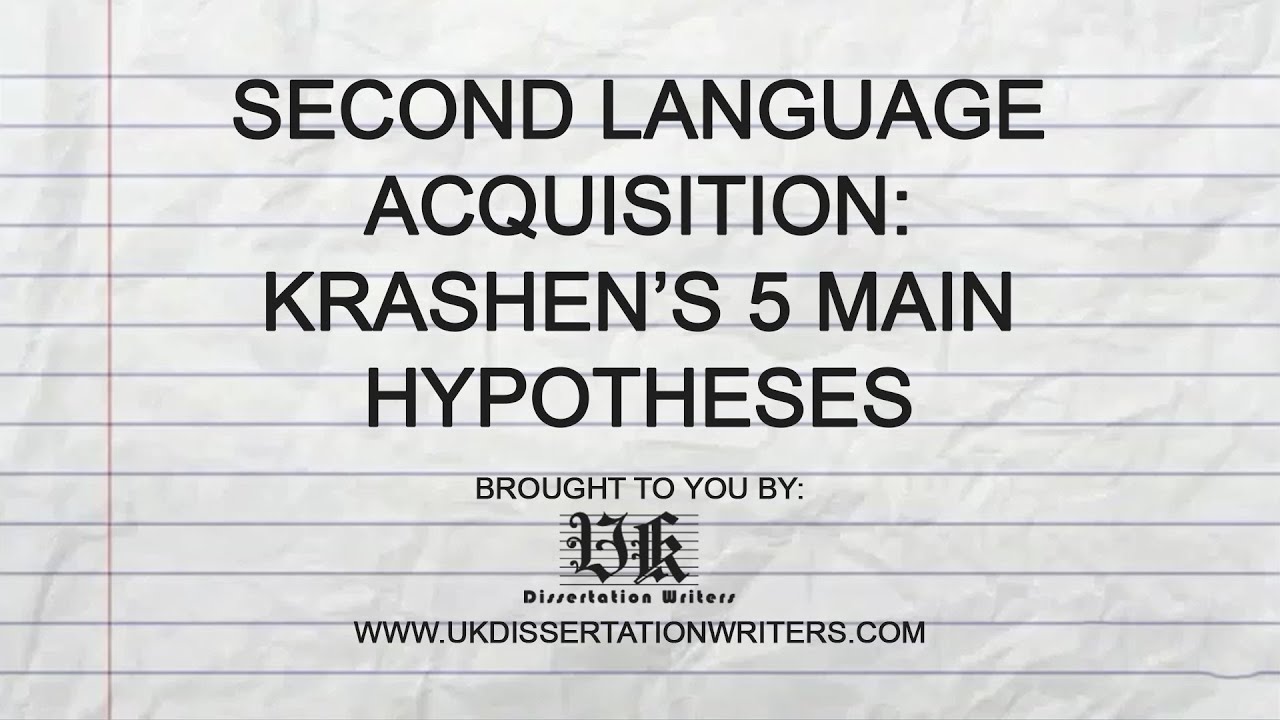 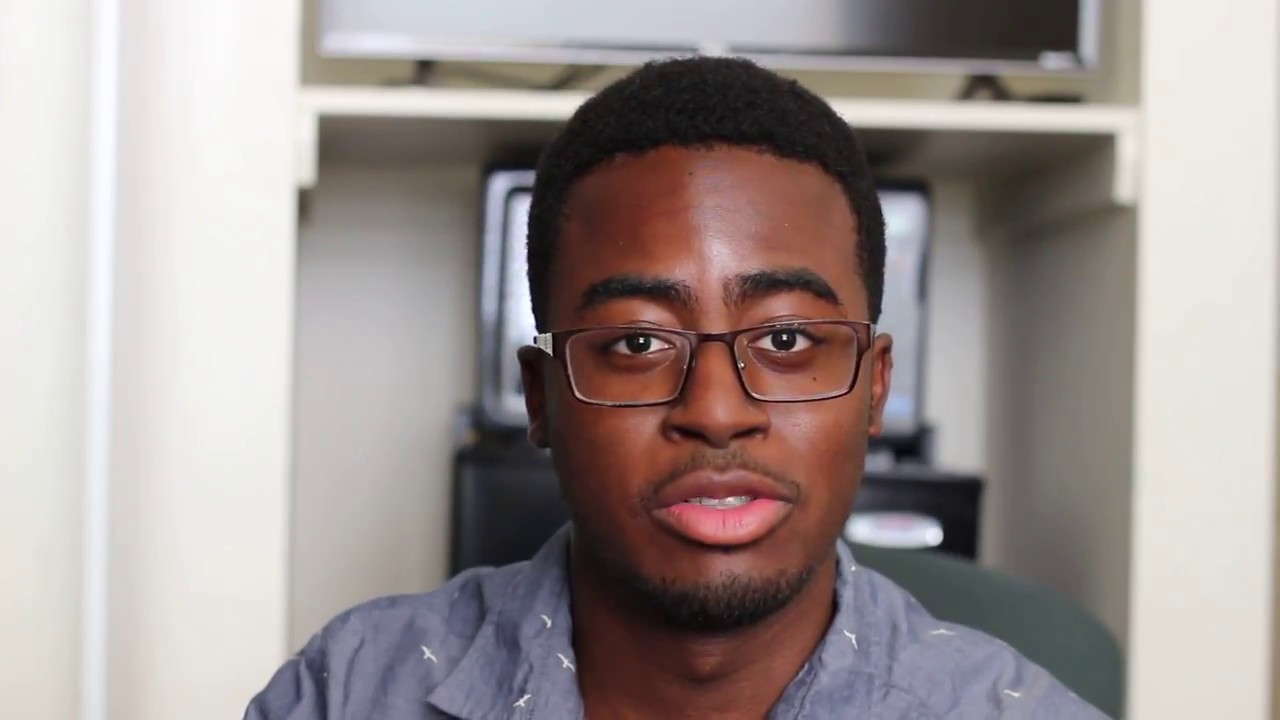 The third video in a series which explains the concepts relating to Unit 1, Area of Study 2 (Language Acquisition). This video is for students of Year 11 English Language. 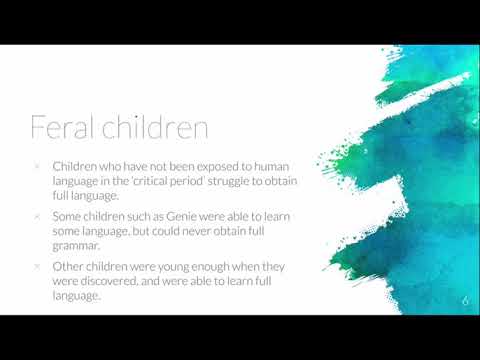 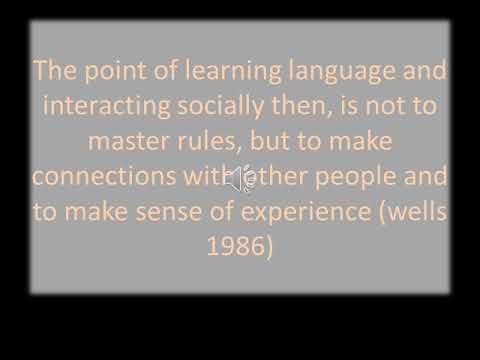 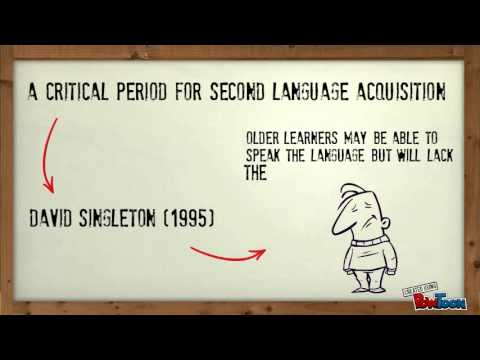