Ubuntu MATE 20.04 Focal Fossa – Roll on for the mystery tour

It is time to embark on another distro testing adventure. This spring season, I’ve tested
Kubuntu and then
Xubuntu of the Focal flavor, and they gave me distinctly different
results, which always worries and saddens me, because consistency is what empires are built upon. And
that makes today’s test even more important. We shall sample from the
MATE’s corner now.

Overall, Ubuntu MATE has behaved okay in the past few years. It has an established identity, it’s
getting friendlier by the release, and it comes with some rather unique features, a refreshing
departure from the rubberstamp slog that is the Linux desktop nowadays. But then, ’tis LTS now, so
everything must be super-green. And given the distros select colors, it’s only expected. Let’s
begin.

Not the best. Wireless worked fine. Bluetooth – works but I hit issues that were similar to what
we’ve seen in Xubuntu. The MAC addresses aren’t translated into device names. If you initiate manual
pairing, it works fine, but then the wizard fails. I also got a Bluetooth crash error. Samba sharing
works fine – but only with IP addresses, not via shares names. Printing, fine.

I don’t like the forced alpha border – anything in the background gets caught –
it’s inconsistent, too.

Some neat surprises, and then some disappointments. The music player of choice is Rhythmbox, and it
finally behaves as it should – after three or four years of bugs. If you click on a song, it plays the
song, it does not enumerate the current folder and then stops. I was also able to play music from a
connected phone, golly. This would crash Rhythmbox in the past. You don’t get metadata or cover art,
mind, but the songs play. Then, I got an error – unrelated to the external media device. A
rollercoaster of emotions.

No border here. Why? I didn’t change anything in my workflow.

Video playback was ok – except there’s horizontal tearing – in the top quarter of the screen.
However, the Celluloid media player didn’t really behave. I couldn’t find a way to do more than default
10-second skip. Say Ctrl + arrow, as most players do. I did install VLC, and here, I experienced video
buffer interferences in the full-screen mode, where the mouse cursor would show and vanish
intermittently, and the VLC interface controls wouldn’t appear. On a few occasions, I actually had to
click in the video area to regain focus of the player. By default, WebM files open in Firefox. I always
find this annoying.

Android and iPhone (iOS 13), sweet. No problems at all.

The text editor – Pluma – comes with a dark theme. This makes no sense as the desktop uses a light
one.

I found the live session too buggy. The screenshot app also crashed – and here we do have alpha
borders again. But this is simply inexcusable for LTS. Even worse than Xubuntu. I didn’t do anything
special – just use the distro as I always do.

A standard affair. The installer has no alpha borders, it took about 10-15 minutes to probe all my
partitions and discover the operating systems installed there. If you choose an English region and US
keyboard, you will still get the regional language as your desktop flavor, which is super-annoying. The
slideshow is reasonably pretty and inviting. The whole process took about 45 minutes to complete, with
the GRUB updates taking the longest. The whole os-prober thing is woefully inefficient and slow.

Distro logo, Vendor logo, desktop, Wireless preserved. So far, we have three distros and a total of
six permutations of the boot sequence, none of them identical. Anyway.

One thing that Ubuntu MATE does rather well – software. This version is no exception. I got a prompt
for some updates, fine, no worries. Then, you have the magnificent
Boutique, which lets you grab all manner of good
software without having to do any magic or alike. Search, install, Bob’s your uncle. Perhaps the
interface could be a bit faster, and there might be too many prompts, but it does an exceptional job. I
quickly replenished my arsenal.

That Got it! message never goes away; I couldn’t dismiss it.

The 2GB+ ISO doesn’t bring a remarkable set to the table. Firefox, Evolution, LibreOffice, Cheese,
Shotwell. Okay, but some of MATE tools aren’t as good as what’s out there. But then, with Boutique, I
was able to install Skype, Steam, VLC, GIMP, and friends without any issues.

Another strong side of the Ubuntu MATE distro – customization. Using MATE Tweak, you can choose one
of seven unique desktop layouts, from the classic desktop formula via the Gnome layout to Unity and
MacOS, if you like, complete with global menu, integrated window buttons, dock and whatnot. Very
nice.

In my previous attempts, there were always a lot of bugs. And there still are, some, but not many.
This functionality has been seriously revamped. Remember my
Make Plasma look like Unity effort? Well, you get something
similar here, and it’s an organic part of the desktop.

Not perfect, though. In the Unity (Mutiny) layout, if you resize the panel, the menu button can
become too small. It jumps between 12x pixel increments, whereas the rest resizes more gradually. The
full-screen menu was also misbehaving; sometimes, it wouldn’t close, and I couldn’t get to the windows
underneath. I also couldn’t always find the panel preferences option – instead, I would only get the
dock settings.

Sometimes, a weird icon would show up – and you can’t remove it. These seem to be meta windows for
running operations, like Boutique, Steam update and alike, but why they show up or look so out of
place, I don’t really know. Then, the integrated panel dock crashed – even with current updates – but
this only happened in the Unity-like layout configuration.

In the end, I found the Cupertino layout to be the most polished and practical one. The plank
behavior has been fixed, and it’s far more consistent than in the past. Some good changes have gone
into Ubuntu MATE 20.04, but then, there are some outstanding bugs, and new ones, too.

Overall, good. Wake and sleep, no problems at all. Fn buttons, cushty. Power management is also
solid, with instant screen brightness change. No screensaver, though. Stability is average, given all
the app crashes we’ve seen.

So what do you get? About 900 MB memory usage on idle, frisky CPU at about 3-4% on idle. Not the
best. But then, the one thing that appears to be common with most recent distros is – increased
processor noise but seemingly without a major battery drainage penalty. The responsiveness is also
quite good.

Numbers are good, but they also change wildly based on usage, even mild one – more so than before.
There will always be variation, of course, but it’s far more swingy. With desktop in ultra-gentle usage
mode, I had 2.5 hours of juice on 50% brightness and 60% cell capacity. This translates to about 4 full
hours on a fresh battery, less than what we saw with some Xfce desktops lately. But then, even mild
browsing gets the figure down to roughly half. So I’d say 3-3.5 hours is an okay bet for Ubuntu MATE.
We’ve seen better.

There were a few other oddities. The Welcome screen only shows on second login. I had to tweak the
language settings. Even so, the word Favourites remains hard-coded in the menu, both the regular one
and the full-screen one.

The Skype icon is truncated, and does not sit well in the top panel:

Ubuntu MATE 20.04 Focal Fossa is not as good as it should be. It’s an LTS, and yet, you get
application crashes, inconsistent behavior, some fresh new and weird errors I’ve not seen before. All
in all, it delivers an acceptable experience, and Boutique and MATE Tweaks are serious heavyweights
that help shift the odds in its favor. But then, they are offset by niggles and bug in almost every
aspect of the usage – networking, media, desktop customization, etc.

Feels like it’s been rushed too early to the market, and perhaps most of these ailments will be gone
in the coming months. But as a starting point, it ain’t stellar. Now, I had a similar experience with
Kubuntu 18.04, and eventually came to like it a lot. Then again, you can’t bet on patience and goodwill
from the users, and they have every right to expect the best from a long-term release. Worth testing,
but feels raw, so you should wait for the initial avalanche of problems to be sorted. At the moment,
something like 6.5/10. And … cut. 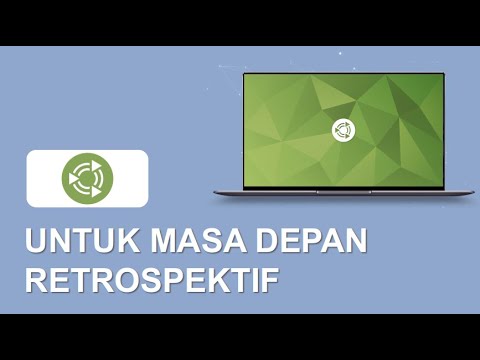 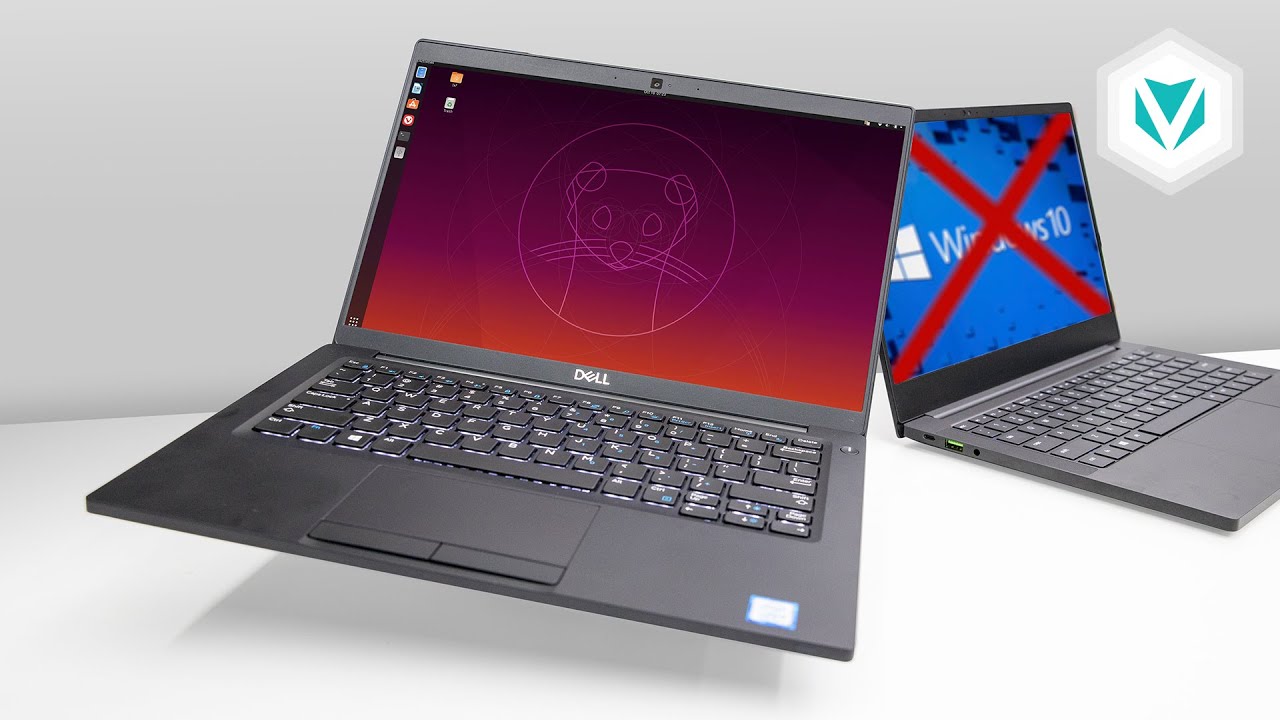 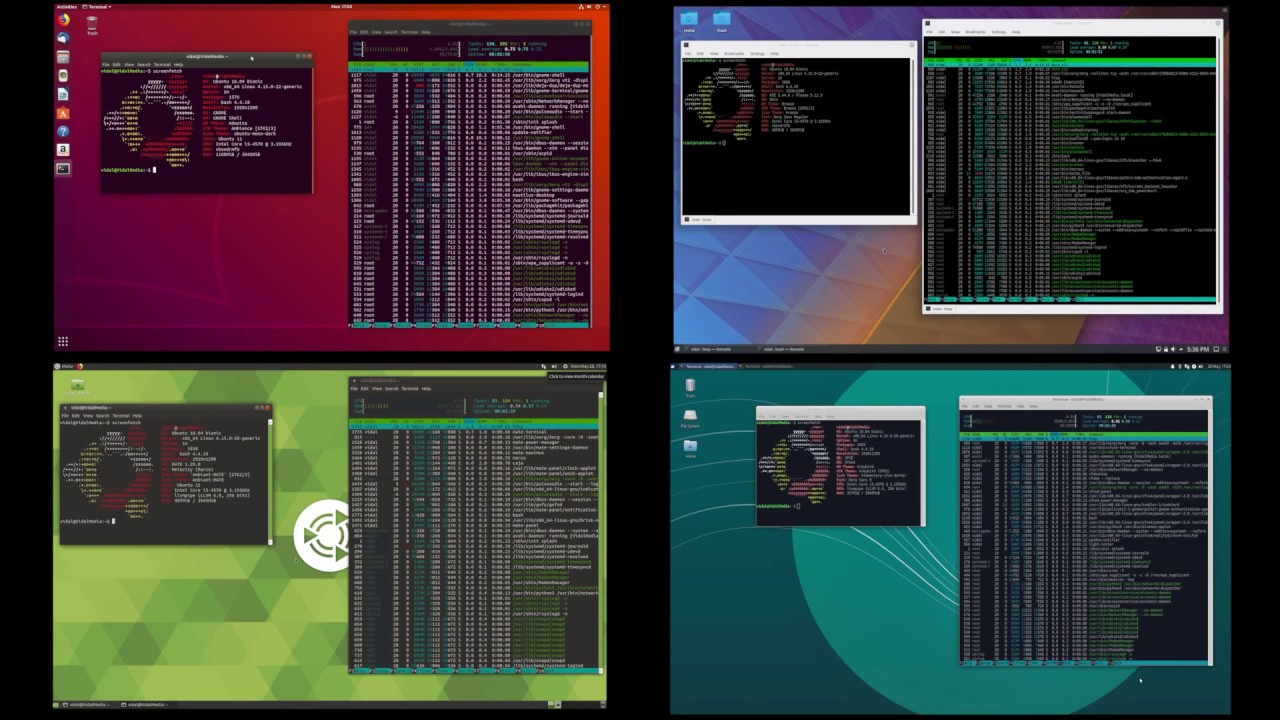 This video is sponsored by Time4VPS,
Get 15% OFF for all VPS packages and pay from €2.54/mo. for VPS hosting. Use a promo code LINUXSCOOP during the order.
https://www.time4vps.com/?utm_source=linuxscoop.com\u0026utm_medium=paid\u0026utm_campaign=LINUXSCOOP

SUBSCRIBE now for more: https://www.youtube.com/user/linuxscoop?sub_confirmation=1
SUPPORT linuxscoop on Patreon! https://patreon.com/linuxscoop
The Ubuntu MATE team has been announced and released Ubuntu MATE 20.04 LTS On April 23rd, 2020. Ubuntu MATE 20.04 LTS is the fourth Long Term Support (LTS), It will be supported with security and software updates for 3 years, until April 2023, This release rollsup various developments, fixes, and optimizations that have been released since the 19.10 LTS.
Ubuntu MATE 20.04 LTS ships with the latest MATE Desktop Environment 1.24 series by default, Added multiple colored theme variations, panel layout switching which is now stable and reliable via MATE Tweak Tweak and Ubuntu MATE Welcome, The keybindings for window tiling have only worked on full keyboards, includes a new Indicator that provides a “notification center”
Based on Ubuntu 20.04 LTS and powered by the most recent and advanced kernel, Long term Support of Linux kernel 5.4. which brings improved hardware support (among other features). A new GTK front end for the firmware update tool is added that lets you upgrade, downgrade, and reinstall firmware on devices supported by Linux Vendor Firmware Service (LVFS), including the LVM and the ZFS option.
Ubuntu MATE 20.04 LTS also brings in GameMode, which is an opensource project, courtesy of the gaming company, Feral Interactive. NVIDIA proprietary drivers are finally landing directly on the ISO images. This means being offline and still selecting the additional 3rd party hardware drivers during installation will have the drivers available.
Ubuntu MATE 20.04 LTS release notes: https://ubuntumate.org/blog/ubuntumatefocalfossareleasenotes/
Download Ubuntu MATE 20.04 LTS: https://ubuntumate.org/download/
ubuntumate linux ubuntu
BUY Linux Laptop and PC :
https://www.amazon.com/shop/linuxscoop
LINUXSCOOP Website :
http://linuxscoop.com
STAY connected to our Social Media: 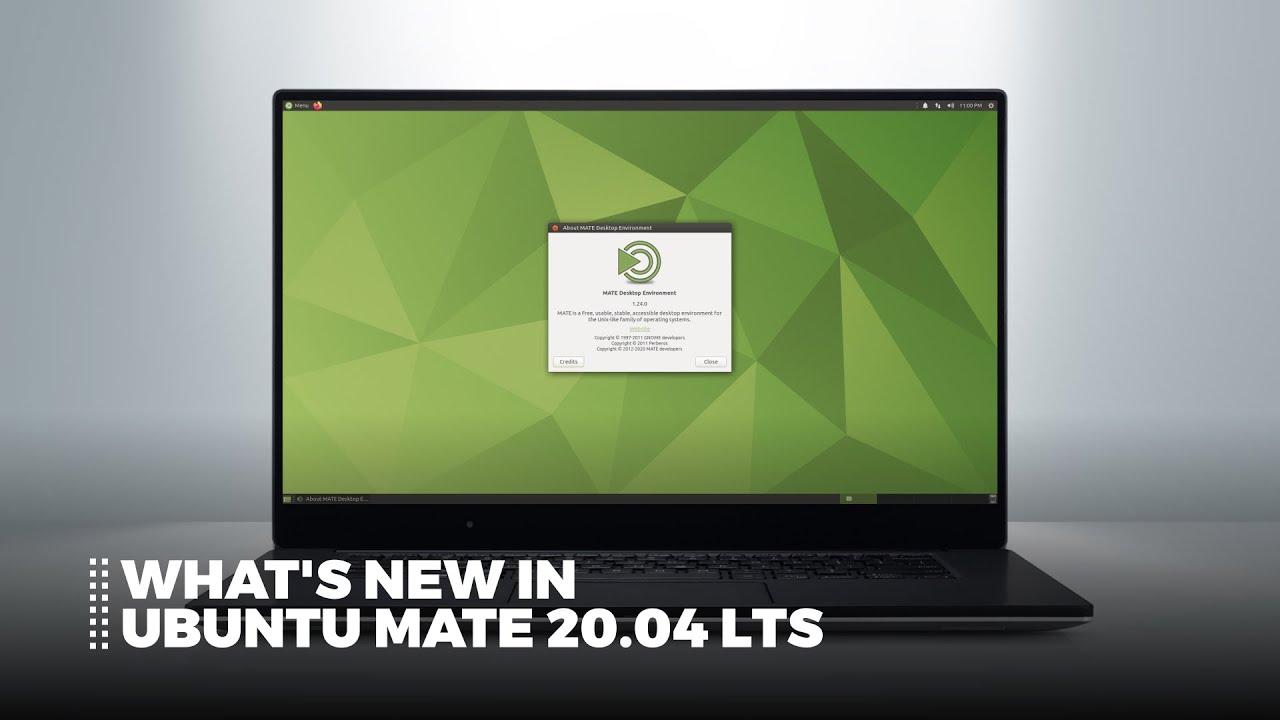 Yes I know I have the Bandicam watermark, I’m a college student and didn’t want to cough up the $40 for the license hahahahh. Anyways I hope this video tutorial/presentation works for you and if you feel as if I missed anything please let me know so I can try to help you. Like I said in the end of the video, I won’t get defensive, I just think this is really cool and want to help other people to test this out! 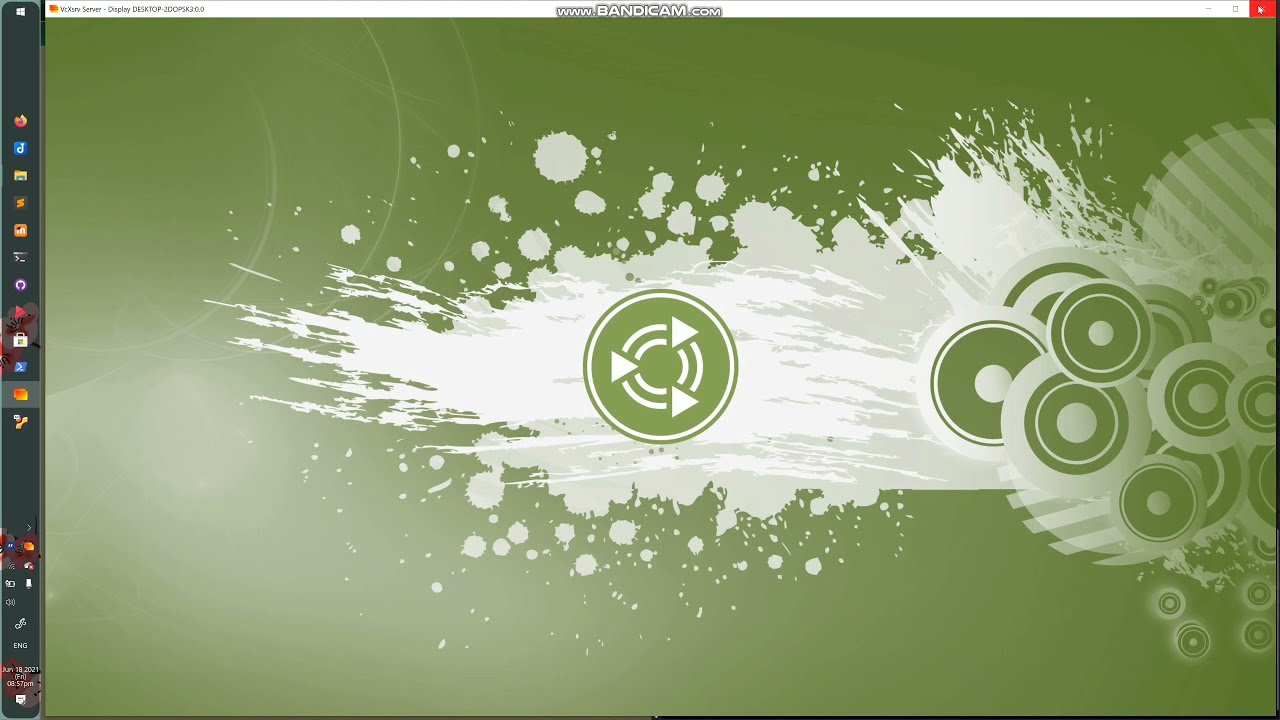