The Wall was Roger Waters‘ crowning accomplishment in Pink Floyd. It documented the rise and fall of a rock star (named Pink Floyd), based on Waters‘ own experiences and the tendencies he’d observed in people around him. By then, the bassist had firm control of the group’s direction, working mostly alongside David Gilmour and bringing in producer Bob Ezrin as an outside collaborator. Drummer Nick Mason was barely involved, while keyboardist Rick Wright seemed to be completely out of the picture. Still, The Wall was a mighty, sprawling affair, featuring 26 songs with vocals: nearly as many as all previous Floyd albums combined. The story revolves around the fictional Pink Floyd’s isolation behind a psychological wall. The wall grows as various parts of his life spin out of control, and he grows incapable of dealing with his neuroses. The album opens by welcoming the unwitting listener to Floyd’s show (“In the Flesh?”), then turns back to childhood memories of his father’s death in World War II (“Another Brick in the Wall, Pt. 1”), his mother’s over protectiveness (“Mother”), and his fascination with and fear of sex (“Young Lust”). By the time “Goodbye Cruel World” closes the first disc, the wall is built and Pink is trapped in the midst of a mental breakdown. On disc two, the gentle acoustic phrasings of “Is There Anybody Out There?” and the lilting orchestrations of “Nobody Home” reinforce Floyd’s feeling of isolation. When his record company uses drugs to coax him to perform (“Comfortably Numb”), his onstage persona is transformed into a homophobic, race-baiting fascist (“In the Flesh”). In “The Trial,” he mentally prosecutes himself, and the wall comes tumbling down. This ambitious concept album was an across-the-board smash, topping the Billboard album chart for 15 weeks in 1980. The single “Another Brick in the Wall, Pt. 2” was the country’s best-seller for four weeks. The Wall spawned an elaborate stage show (so elaborate, in fact, that the band was able to bring it to only a few cities) and a full-length film. It also marked the last time Waters and Gilmour would work together as equal partners. 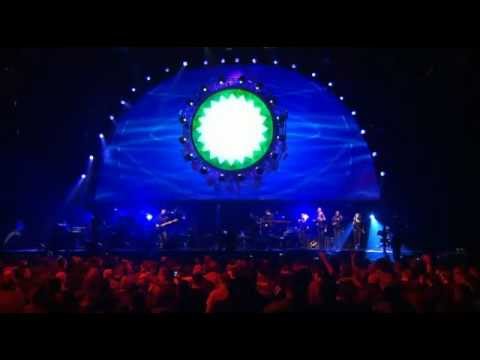 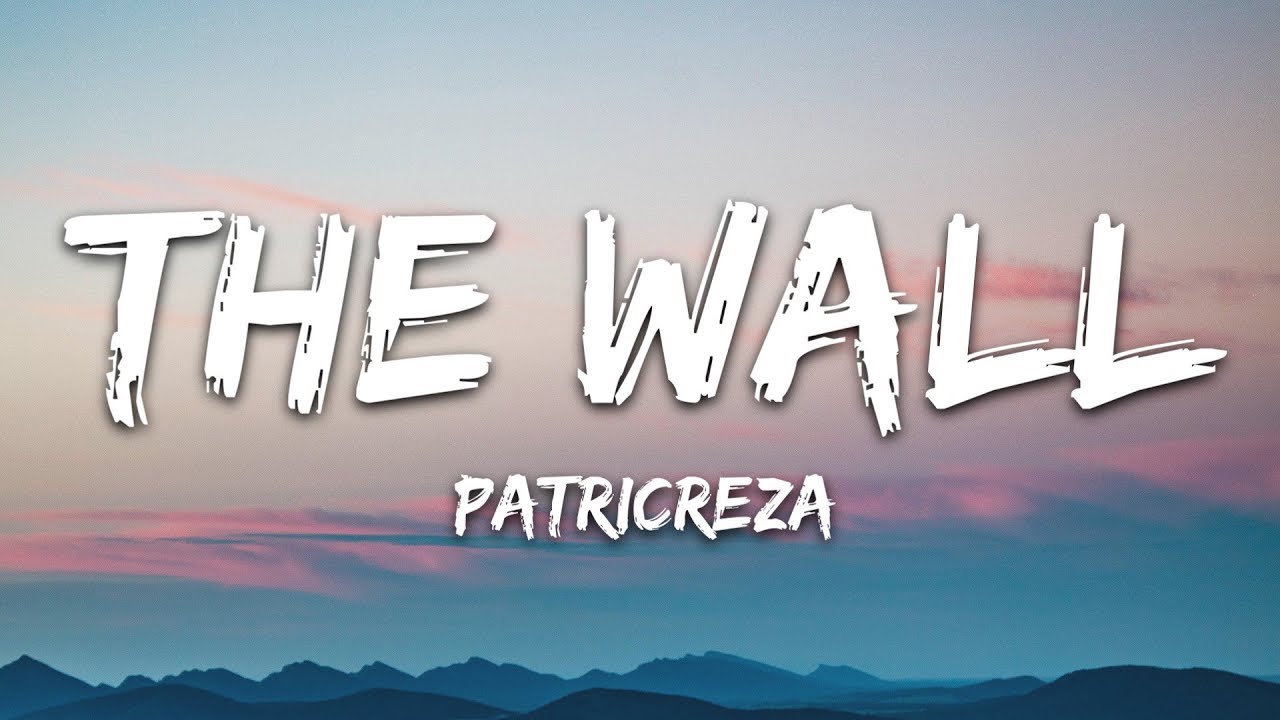 Pink Floyd concert video taken from the 20 October 1994 concert at Earls Court, London, England in The Division Bell Tour. It was originally released on VHS and Laserdisc in 1995.
David Gilmour – guitar, vocals
Nick Mason – drums, percussion, vocal phrase (recording)
Rick Wright – Hammond organ, synthesiser
Guy Pratt – bass guitar
Gary Wallis – percussion, extra drums on Pulse
Tim Renwick – rhythm guitar
Jon Carin – synthesiser,
must not forget the ladies backing up Floyd !
Sam Brown – backing vocals
Durga McBroom – backing vocals,
Claudia Fontaine – backing vocals
\”Another Brick in the Wall\” is a threepart composition on Pink Floyd’s 1979 The Wall, written by bassist Roger Waters. \”Part 2\”, a protest song against rigid schooling,
At the suggestion of producer Bob Ezrin, Pink Floyd added elements of disco, which was popular at the time.
According to guitarist David Gilmour:
[Ezrin] said to me, \”Go to a couple of clubs and listen to what’s happening with disco music,\” so I forced myself out and listened to loud, fourtothebar bass drums and stuff and thought, Gawd, awful! Then we went back and tried to turn one of the parts into one of those so it would be catchy.
Gilmour recorded his guitar solo in one take, with no editing or mixing, using a 1955 Gibson Les Paul Gold Top guitar equipped with P90 pickups. Despite his reservations about Ezrin’s additions, Gilmour felt the final song still sounded like Pink Floyd. When Ezrin heard the song with a disco beat, he was convinced it could become a hit, but felt it needed to be longer, with two verses and two choruses. The band resisted, saying they did not release singles; Waters told him: \”Go ahead and waste your time doing silly stuff.\”
While the band members were away, Ezrin edited the takes into an extended version, and had engineer Nick Griffiths record children singing the verse at Islington Green School, close to Pink Floyd’s studio. Alun Renshaw, head of music at the school, was enthusiastic, and said later: \”I wanted to make music relevant to the kids – not just sitting around listening to Tchaikovsky. I thought the lyrics were great – ‘We don’t need no education, we don’t need no thought control’ … I just thought it would be a wonderful experience for the kids.\”
Some of the edits for this remix are what i would call poor, bad decision making IMO
as one of you stated The songs and solos have been snipped and edited as if the real fans wouldn’t notice. Literally no reason to do it….example 1:01
Other than those bad edits, shortened solos…..the sound and quality of video is good. 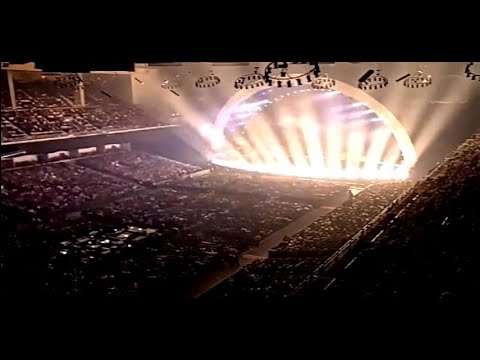