Sorry, Space Jam fans. But those weren’t LeBron James‘ kids in Space Jam 2. But that doesn’t mean that the Los Angeles Lakers player’s real children aren’t stars in their own right.

Space Jam: A New Legacy, which premiered on July 16, 2021, stars LeBron as a fictional version of himself. The movie, which is a sequel to 1996’s Space Jam and is a mix of live-action and animation, follows LeBron as he teams up with the Looney Tunes to win a basketball game against digital athletes to rescue his son, Dom, from an evil computer A.I.

In the movie, LeBron has three kids: Xosha, Darius and Dominic “Dom.” Each of his Space Jam kids is inspired by his real-life children. His IRL daughter Zhuri inspired Xosha (played by Harper Leigh Alexander); his eldest son Bronny inspired Darius (played by Ceyair J. Wright); and his youngest son Bryce inspired Dom (played by Cedric Joe.) The NBA star’s Space Jam wife Kamiyah (played by Sonequa Martin-Green) is also inspired his real-life wife, Savannah James, whom he married in 2013.

In an interview with Cheat Sheet, LeBron revealed that his IRL family visited the set of Space Jam 2 several times to make sure the fictional versions of themselves were accurate. “My whole family stopped by set a few times,” he said. “They’re just like wow. My boys are 16 and 14. They only care about how cool that the person that’s playing them in the movie looks. ‘Dad, does he look like me? Is he wearing my hair style? Is he dressing the right way? I don’t want somebody playing me and not being me.’”

He also revealed that the movie cast specific actors who looked like his family members. “Yes, we cast actors that kind of looked like my family,” he said. “We changed the names but I got an older son, a younger son and a daughter and a wife in the movie.” Though he wanted the actors who have a physical likeness to his family, he didn’t let any of his real-life family members have a part in casting. “I didn’t let ‘em because it would’ve took too long,” he said. “I said, ‘Dad gotta go to work.’”

Still, the actors were so accurate that LeBron joked that he “almost” took them home with him. “I almost brought my fictional family home one time,” he said. “As long as I don’t bring the fictional wife home, I was good.”

So who are LeBron James‘ kids, Bronny, Bryce and Zhuri? Read on for what we know about LeBron’s real-life family who inspired his Space Jam family.

Bronny, whose full name is LeBron Raymon James Jr., is LeBron and his wife Savannah’s eldest child. He was born on October 6, 2004. Like his dad, Bronny is a basketball player and is on the basketball team at his high school Sierra Canyon School in Los Angeles. Bronny, who also plays soccer, has competed with various Amateur Athletic Union teams, as well as Jr. National Basketball Association teams. Like his father, Bronny is also tall. He stands at 6 feet 4 inches and plays both  point guard and shooting guard positions.

In July 2021, Bronny was featured on the cover of Sports Illustrated magazine. In an interview on Jimmy Kimmel Live! at the time, LeBron revealed that Bronny’s real passion isn’t basketball but video games.  “Bronny plays video games all day,” LeBron said. “I mean, he loves basketball, he plays basketball, loves being a big brother to his little brother and sister. But video games is his thing.”

He continued, “When he got on the cover, I was like, ‘You know I was younger than you, right?’ And then he did some research—all these kids got all these phones, which we didn’t have when I was growing up like that — he was like, ‘Dad, no, you were actually six months older than me. Now I’m the youngest guy in the household on Sports Illustrated.’”

At a press conference with reporters after the 2021 NBA All-Star Game, LeBron revealed that one of his “long-term goals” is to play with Bronny in the NBA. “That’s definitely one of my goals, but that’s a long-term goal,” he said. “My son right now is in high school and enjoying what being a teenager is all about. But that would be pretty cool to go on my resume.”

Bryce, whose full name is Bryce Maximus James, is LeBron and Savannah’s middle child and second son. He is two years younger than Bronny and was born on June 14, 2007. Like his dad and older brother, Bryce also plays basketball. In 2020, the Twitter account Slam HS Hoops tweeted a video of Bryce playing basketball with the caption, “Bryce James was IN HIS BAG last season.” LeBron retweeted the tweet hinting that his middle child is even better at basketball than people have seen. “he was! Only the beginning,” he tweeted. In May 2021, LeBron celebrated Bryce’s middle school graduation with a photo of him and his mom. “CONGRATULATIONS to my guy guy Bryce Maximus on graduating middle 🏫 . 🎓🎓🎓. HS up next! Proud of you kid! Keep going to the🔝. #JamesGang👑,” he captioned the picture.

Zhuri is LeBron and Savannah’s youngest child and only daughter. She was born on October 22, 2014. In an interview with Cheat Sheet in 2021, LeBron revealed that Space Jam 2 got her daughter into Looney Toons, which was she too young for when the animated characters were first popular. “My daughter is super excited about it,” he said. “She’s too young to know about the original toons but now because of her dad she’s getting back into it.”

In an interview with Access Hollywood at the time, LeBron, who took Zhuri with him to the premiere of Space Jam 2, called her “the greatest thing” in his life. “My daughter is the greatest thing in my life, along with my boys. So, whenever she smiles, it don’t matter what I’m doing—It makes me happy,” he said.

Savannah, whose maiden name is “Brinson,” and LeBron married on September 14, 2013. The couple met in their hometown of Akron, Ohio. LeBron was a basketball and football player at St. Vincent-St. Mary High School. Savannah was a cheerleader and softball player at a rival high school. When LeBron was 16 years old, he asked Savannah on a date to a basketball game and then to dinner at an Outback Steakhouse. In an interview with Harper’s Bazaar, Savannah said she knew LeBron was special when she forgot her leftovers at the restaurant and LeBron brought them to her. “I’d totally forgotten about them, and he brought them to me. I think he just wanted another excuse to come and see me,” she said. In 2018, Savannah started a furniture line with American Signature called Home Court. She also founded a mentorship program called Women of Our Future.

Space Jam: A New Legacy is available to stream on HBO Max. Here’s how to watch it for free.

Our mission at STYLECASTER is to bring style to the people, and we only feature products we think you’ll love as much as we do. Please note that if you purchase something by clicking on a link within this story, we may receive a small commission of the sale. 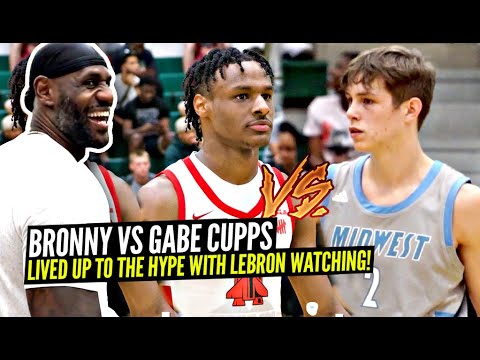 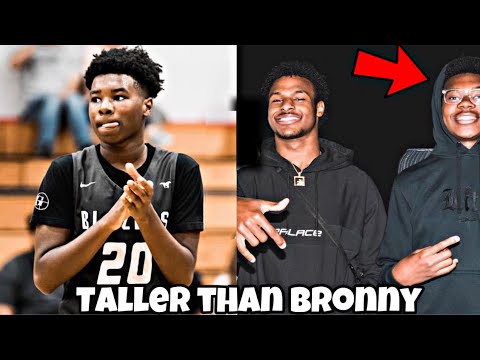 Bryce James Gets LEBRON \u0026 BRONNY OUT THEIR SEAT w/ The MEAN EURO Past The Defender!! SFG 15U Squad! 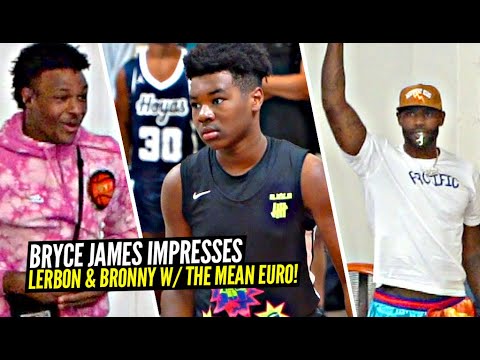 Bronny Jr GETS HIS FIRST REAL DUNK, it happened to be in his Championship game in Las Vegas.
\”LeBron James’ 13yearold son, LeBron “Bronny” James Jr., had been inching closer to dunking with each game this summer.
On Sunday, it finally happened.
Ahead of the North Coast Blue Chips’ semifinal game at the Bigfoot Hoops Las Vegas Classic, Bronny timed his bouncing alleyoop pass perfectly and threw down a onehanded dunk. It was the first (on video) dunk from the teenager.\”
\”Bronny and his North Coast Blue Chips team have been the stars of Las Vegas this weekend. They’ve had a game canceled due to an overflowing crowd, played in front of an NBA legend, and been treated to an impromptu dunk showcase by LeBron. They’ve seen it all, or so we thought.
Bronny’s star continues to shine and bring new levels of hype and attention seemingly every day. Case in point, Quavo decided to check out the Blue Chips on Sunday.
Quavo’s been known to hoop when he’s not in the studio, and even took home the MVP award from the 2018 NBA Celebrity AllStar Game.\”
READ MORE: https://lebronwire.usatoday.com/2018/
HoopJourney
Subscribe To Our Second Channel
Hoop Journey 2: https://www.youtube.com/channel/UCijgNuT4jVoPOx3PKzU30aw/featured?view_as=subscriber

LIKE, COMMENT, SUBSCRIBE!
Hoop Journey is committed providing basketball fans consistent exclusive content on a daily and weekly basis! We are dedicated to producing High Quality footage and mixtapes of the top high school talent in the country, potential NBA stars, and much more. Hoop Journey produces the Best basketball documentaries on YouTube. Hoop Journey strives to bring you the highest quality content on all things basketball.
If you like our videos and want to see more make sure to subscribe, for more similar videos!
Also if anyone wants to see a type of video, of a player, or game, leave it in the comment section below.
Follow Us On Social Media
TWITTER: http://www.twitter.com/HoopJourneyHJ
INSTAGRAM: http://instagram.com/HoopJourneyHJ 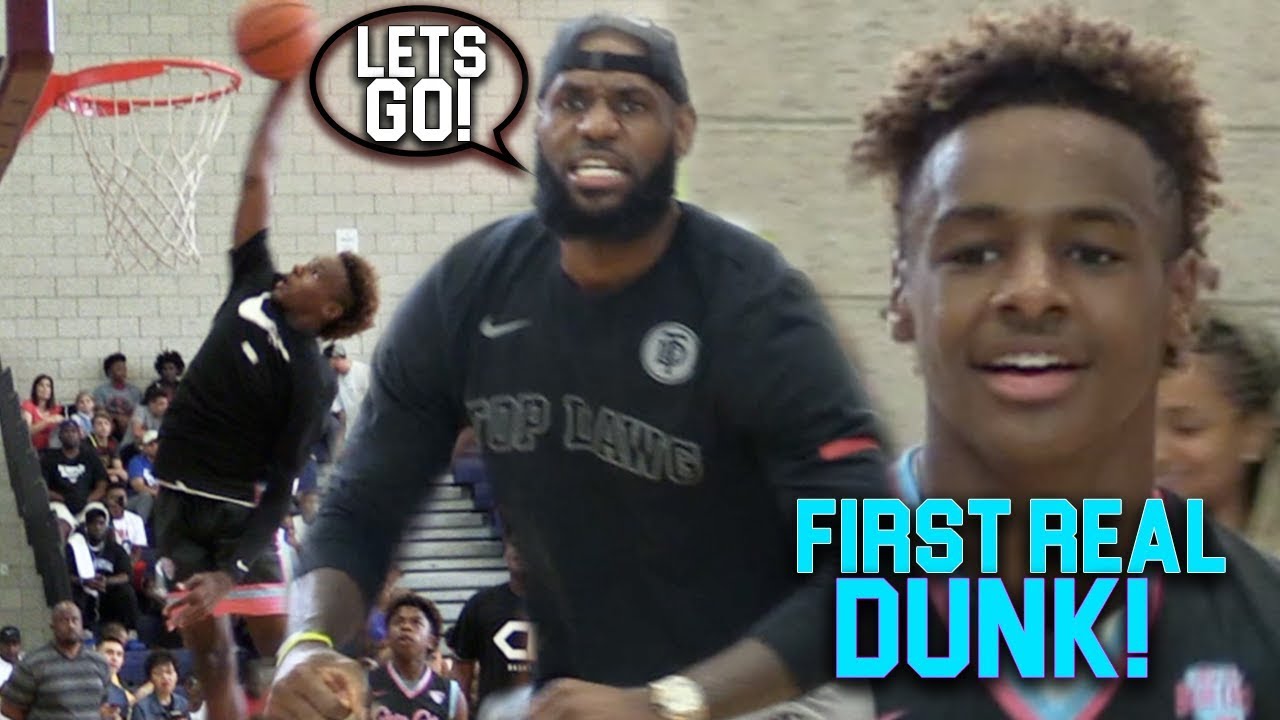 Lebron and Drake pulled up to this thriller of a game that was absolutely out of this world! We all knew the championship game was going to be good, but nobody expected it to be this good! Bronny James is back in action and look for more from Sierra Canyon in the next week for State playoffs. Major congratulations to Corona Centennial and their major players like Kylan Boswell, Jared McCain, Devin Williams and Donovan Dent! bronnyjames drake lebron
DON’T FORGET TO SUBSCRIBE TO THE CHANNEL
Click on the following links to see more about qwik11hoops
🔥Instagram link
https://instagram.com/qwik11hoops?utm_source=ig_profile_share\u0026igshid=1vpy27th5snuq
🔥Twitter
https://twitter.com/qwik11hoops
BIG Thank you to everyone on helping qwik11hoops 🤝 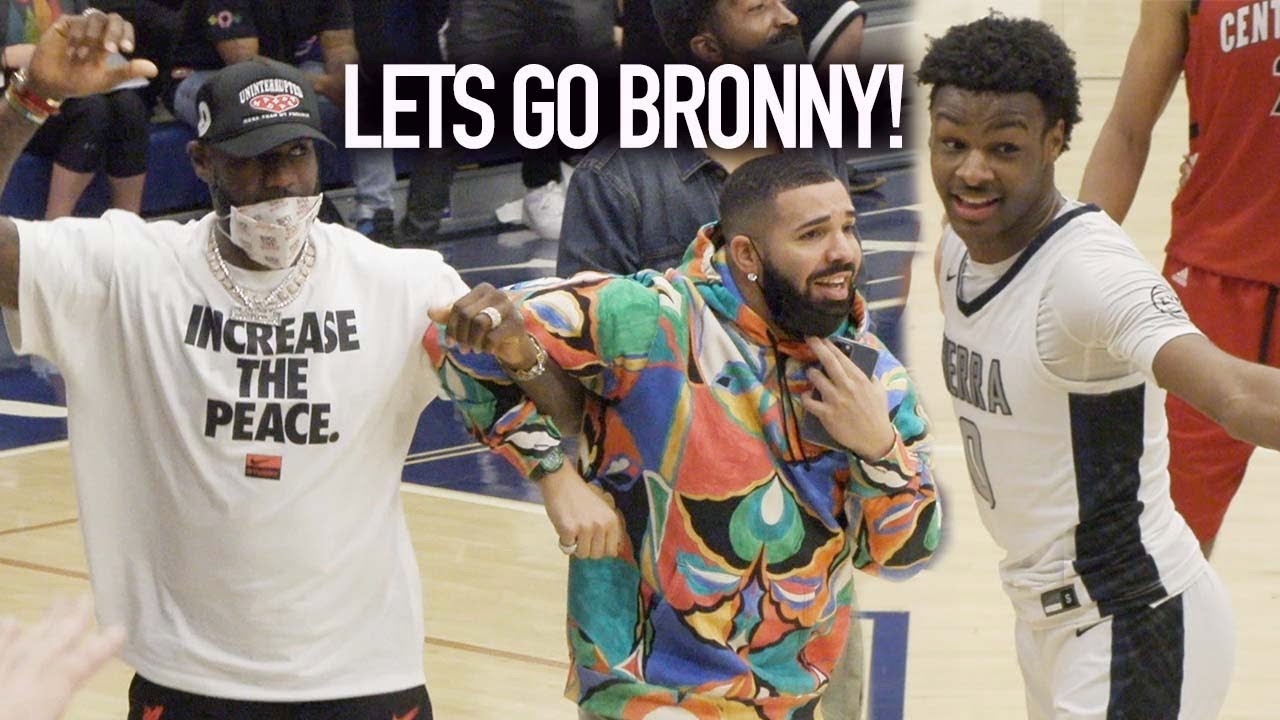