Jacqueline Kennedy Onassis married John F. Kennedy in 1953. When she became first lady in 1961, she worked to restore the White House to its original elegance and to protect its holdings. After JFK’s assassination in 1963, she moved to New York City and married Aristotle Onassis in 1968. She died of cancer in 1994.

Jacqueline Bouvier Kennedy Onassis was born on July 28, 1929, in Southampton, New York. Her father, John Bouvier, was a wealthy New York stockbroker of French Catholic descent, and her mother, Janet, was an accomplished equestrienne of Irish Catholic heritage. Onassis was a bright, curious and occasionally mischievous child. One of her elementary school teachers described her as “a darling child, the prettiest little girl, very clever, very artistic, and full of the devil.” Another teacher, less charmed by young Jacqueline, wrote admonishingly that “her disturbing conduct in geography class made it necessary to exclude her from the room.”

Onassis enjoyed a privileged childhood of ballet lessons at the Metropolitan Opera House and French lessons beginning at age of 12. Like her mother, Onassis loved riding and was highly skilled on horseback. In 1940, at the age of 11, she won a national junior horsemanship competition. The New York Times reported, “Jacqueline Bouvier, an eleven-year-old equestrienne from East Hampton, Long Island, scored a double victory in the horsemanship competition. Miss Bouvier achieved a rare distinction. The occasions are few when the same rider wins both competitions in the same show.”

Onassis attended Miss Porter’s School, a prestigious boarding school in Farmington, Connecticut; in addition to its rigorous academics, the school also emphasized proper manners and the art of conversation. There she excelled as a student, writing frequent essays and poems for the school newspaper and winning the award as the school’s top literature student in her senior year. Also during her senior year, in 1947, Onassis was named “Debutante of the Year” by a local newspaper. However, Onassis had greater ambitions than being recognized for her beauty and popularity. She wrote in the yearbook that her life ambition was “not to be a housewife.”

Upon graduating from Miss Porter’s School Onassis enrolled at Vassar College in New York to study history, literature, art and French. She spent her junior year studying abroad in Paris. “I loved it more than any year of my life,” Onassis later wrote about her time there. “Being away from home gave me a chance to look at myself with a jaundiced eye. I learned not to be ashamed of a real hunger for knowledge, something that I had always tried to hide, and I came home glad to start in here again but with a love for Europe that I am afraid will never leave me.”

Upon returning from Paris, Onassis transferred to George Washington University in Washington, D.C., and graduated with a B.A. in French literature in 1951. After graduating from college in 1951, Onassis landed a job as the “Inquiring Camera Girl” for the Washington Times-Herald newspaper. Her job was to photograph and interview various Washington residents, and then weave their pictures and responses together in her column. Among her most notable stories were an interview with Richard Nixon, coverage of President Dwight D. Eisenhower’s inauguration and a report on the coronation of Queen Elizabeth II.

It was at a dinner party in 1952 that Onassis met a dashing young congressman and senator-elect from Massachusetts named John F. Kennedy; he “leaned across the asparagus and asked her for a date.” They were married a year later, on September 12, 1953. Onassis gave birth to her first child, Caroline Kennedy, in 1957. That same year, she encouraged Kennedy to write and, subsequently, helped him edit Profiles in Courage, his famous book about U.S. senators who had risked their careers to stand for causes they believed in.

In January 1960, John F. Kennedy announced his candidacy for the U.S. presidency. Although Onassis was pregnant at the time and thus unable to join him on the campaign trail, she campaigned tirelessly from home. She answered letters, gave interviews, taped commercials and wrote a weekly syndicated newspaper column called “Campaign Wife.”

Onassis’s first mission as first lady was to transform the White House into a museum of American history and culture that would inspire patriotism and public service in those who visited. “Every boy who comes here should see things that develop his sense of history,” she once said. Onassis went to extraordinary lengths to procure art and furniture owned by past presidents—including artifacts owned by George Washington, James Madison and Abraham Lincoln—as well as pieces she considered representative of various periods of American culture. “Everything in the White House must have a reason for being there,” she insisted. “It would be sacrilege merely to ‘redecorate’ it—a word I hate. It must be restored—and that has nothing to do with decoration. That is a question of scholarship.”

As the culmination of her project, Onassis gave a tour of the restored White House on national television on February 14, 1962. A record 56 million viewers watched her televised special, and Onassis won an honorary Emmy Award for her performance.

As first lady, Onassis was also a great patron of the arts. In addition to the officials, diplomats and statesman who typically populated state dinners, Onassis also invited the nation’s leading writers, artists, musicians and scientists to mingle with its top politicians. The great violinist Isaac Stern wrote to Onassis after one such dinner, “It would be difficult to tell you how refreshing, how heartening it is to find such serious attention and respect for the arts in the White House. To many of us it is one of the most exciting developments on the present American cultural scene.”

Additionally, Onassis frequently traveled abroad, both with the president and alone, and her deep knowledge of foreign cultures and languages (she spoke fluent French, Spanish and Italian) helped garner goodwill toward America. She was so adoringly received in France that President Kennedy introduced himself as “the man who accompanied Jacqueline Kennedy to Paris.” Presidential advisor Clark Clifford wrote to Onassis, “Once in a great while, an individual will capture the imagination of people all over the world. You have done this; and what is more important, through your graciousness and tact, you have transformed this rare accomplishment into an incredibly important asset to this nation.” 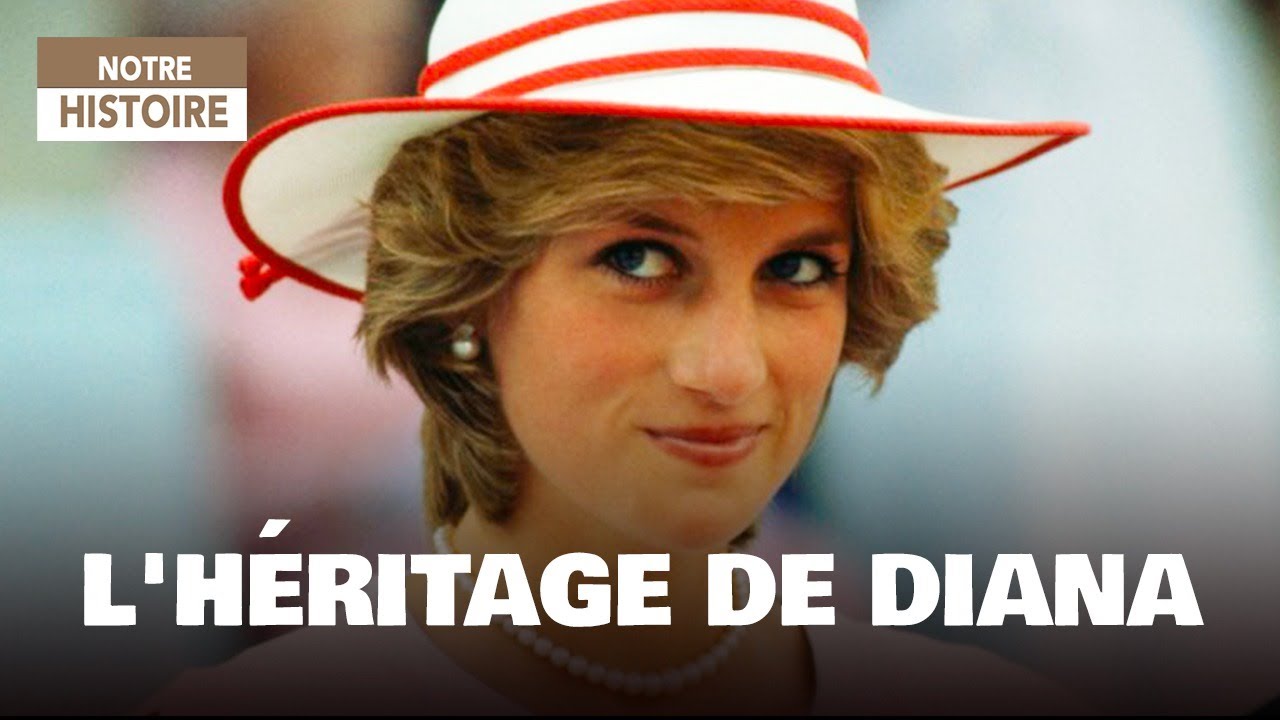 The Jewelry of Jacqueline Kennedy Onassis

See more jewelry that belonged to our country’s first ladies in our latest blog Jewelry of America’s First Ladies http://www.gulfstreamjewels.com/ameri… 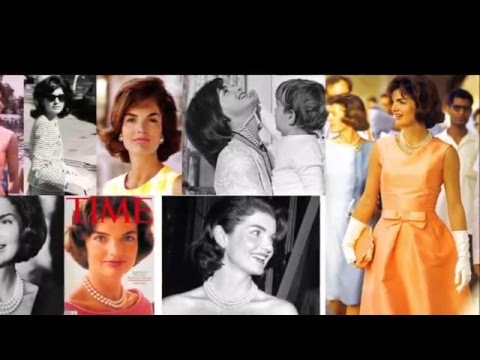 1962: First lady opened the doors of America’s home to the TVviewing public. 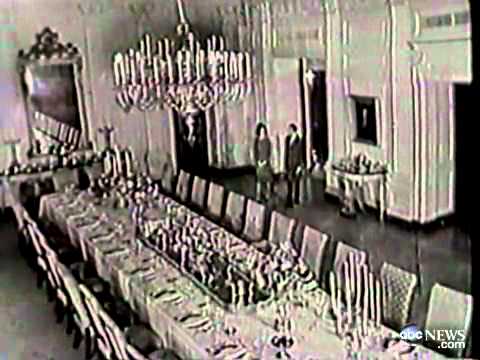 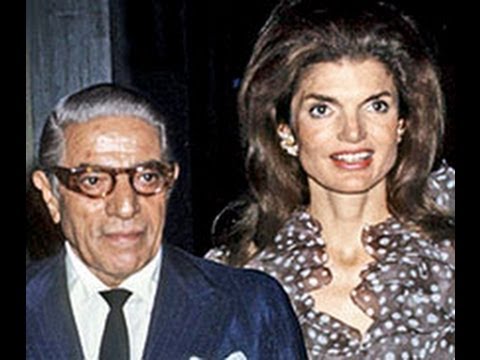 Jackie Kennedy Onassis from 0 to 64

Jacqueline Lee \”Jackie\” Kennedy Onassis (July 28, 1929 May 19, 1994) was an American socialite, writer, and photographer who became First Lady of the United States as the wife of President John F. Kennedy. The couple had four children, two of whom died in infancy. Following her husband’s election to the presidency in 1960, Jackie was known for her highly publicized restoration of the White House and emphasis on arts and culture, as well as for her style and devotion to her children.
After the assassination and funeral of her husband, Jackie and her children largely withdrew from public view. In 1968, she married Greek shipping magnate Aristotle Onassis, which replaced her popular image with one of materialism. Following Onassis’s death in 1975, she had a career as a book editor in New York City, and worked to restore her popular image.
In November 1993, Jackie was thrown from her horse while participating in a fox hunt in Middleburg, Virginia, and was taken to the hospital to be examined. A swollen lymph node was discovered in her groin, which was initially diagnosed by the doctor to be caused by an infection. The fall from the horse contributed to her deteriorating health over the next six months. In December, Jackie was diagnosed with nonHodgkin lymphoma. She began chemotherapy in January 1994 but by May was deemed terminal. She died in her sleep in her Manhattan apartment on May 19, 1994 at age 64. 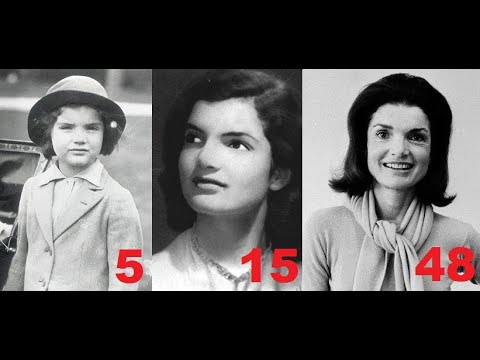