Who Was Edgar Allan Poe?

Edgar Allan Poe was an American writer, poet, critic and editor best known for evocative short stories and poems that captured the imagination and interest of readers around the world. His imaginative storytelling and tales of mystery and horror gave birth to the modern detective story.

Many of Poe’s works, including “The Tell-Tale Heart” and “The Fall of the House of Usher,” became literary classics. Some aspects of Poe’s life, like his literature, is shrouded in mystery, and the lines between fact and fiction have been blurred substantially since his death.

Poe never really knew his parents — Elizabeth Arnold Poe, a British actress, and David Poe, Jr., an actor who was born in Baltimore. His father left the family early in Poe’s life, and his mother passed away from tuberculosis when he was only three.

Separated from his brother William and sister Rosalie, Poe went to live with John and Frances Allan, a successful tobacco merchant and his wife, in Richmond, Virginia. Edgar and Frances seemed to form a bond, but he had a more difficult relationship with John Allan.

By the age of 13, Poe was a prolific poet, but his literary talents were discouraged by his headmaster and John Allan, who preferred that Poe follow him in the family business. Preferring poetry over profits, Poe reportedly wrote poems on the back of some of Allan’s business papers.

Money was also an issue between Poe and John Allan. Poe went to the University of Virginia in 1826, where he excelled in his classes. However, he didn’t receive enough funds from Allan to cover all of his costs. Poe turned to gambling to cover the difference, but ended up in debt.

He returned home only to face another personal setback — his neighbor and fiancée Sarah Elmira Royster had become engaged to someone else. Heartbroken and frustrated, Poe moved to Boston.

In 1827, around the time he published his first book, Poe joined the U.S. Army. Two years later, he learned that Frances Allan was dying of tuberculosis, but by the time he returned to Richmond she had already passed away.

While in Virginia, Poe and Allan briefly made peace with each other, and Allan helped Poe get an appointment to the United States Military Academy at West Point. Poe excelled at his studies at West Point, but he was kicked out after a year for his poor handling of his duties.

During his time at West Point, Poe had fought with his foster father, who had remarried without telling him. Some have speculated that Poe intentionally sought to be expelled to spite Allan, who eventually cut ties with Poe.

After leaving West Point, Poe published his third book and focused on writing full-time. He traveled around in search of opportunity, living in New York City, Baltimore, Philadelphia and Richmond. In 1834, John Allan died, leaving Poe out of his will, but providing for an illegitimate child Allan had never met.

Poe, who continued to struggle living in poverty, got a break when one of his short stories won a contest in the Baltimore Saturday Visiter. He began to publish more short stories and in 1835 landed an editorial position with the Southern Literary Messenger in Richmond.

Poe developed a reputation as a cut-throat critic, writing vicious reviews of his contemporaries. His scathing critiques earned him the nickname the “Tomahawk Man.”

His tenure at the magazine proved short. Poe’s aggressive-reviewing style and sometimes combative personality strained his relationship with the publication, and he left the magazine in 1837. His problems with alcohol also played a role in his departure, according to some reports.

Poe went on to brief stints at Burton’s Gentleman’s Magazine, Graham’s Magazine, The Broadway Journal, and he also sold his work to Alexander’s Weekly Messenger, among other journals.

In 1844, Poe moved to New York City. There, he published a news story in The New York Sun about a balloon trip across the Atlantic Ocean that he later revealed to be a hoax. His stunt grabbed attention, but it was his publication of “The Raven,” in 1845, which made Poe a literary sensation.

That same year, Poe found himself under attack for his stinging criticisms of fellow poet Henry Wadsworth Longfellow. Poe claimed that Longfellow, a widely popular literary figure, was a plagiarist, which resulted in a backlash against Poe.

Despite his success and popularity as a writer, Poe continued to struggle financially and he advocated for higher wages for writers and an international copyright law.

From 1831 to 1835, Poe lived in Baltimore, where his father was born, with his aunt Maria Clemm and her daughter, his cousin Virginia. He began to devote his attention to Virginia, who became his literary inspiration as well as his love interest.

The couple married in 1836 when she was only 13 years old. In 1847, at the age of 24 — the same age when Poe’s mother and brother also died — Virginia passed away from tuberculosis.

Poe was overcome by grief following her death, and although he continued to work, he suffered from poor health and struggled financially until his death in 1849.

Poe self-published his first book, Tamerlane and Other Poems, in 1827. His second poetry collection, Al Aaraaf, Tamerlane, and Minor Poems, was published in 1829.

As a critic at the Southern Literary Messenger in Richmond from 1835 to 1837, Poe published some of his own works in the magazine, including two parts of his only novel, The Narrative of Arthur Gordon Pym.

In late 1830s, Poe published Tales of the Grotesque and Arabesque, a collection of short stories. It contained several of his most spine-tingling tales, including “The Fall of the House of Usher,” “Ligeia” and “William Wilson.”

In 1841, Poe launched the new genre of detective fiction with “The Murders in the Rue Morgue.” His literary innovations earned him the nickname “Father of the Detective Story.” A writer on the rise, he won a literary prize in 1843 for “The Gold Bug,” a suspenseful tale of secret codes and hunting treasure.

Poe’s short story “The Black Cat” was published in 1843 in The Saturday Evening Post. In it, the narrator, a one-time animal lover, becomes an alcoholic who begins abusing his wife and black cat. By the macabre story’s end, the narrator observes his own descent into madness as he kills his wife, a crime his black cat reports to the police. The story was later included in the 1845 short story collection, Tales by Edgar Allan Poe.

Poe’s poem “The Raven,” published in 1845 in the New York Evening Mirror, is considered among the best-known poems in American literature and one of the best of Poe’s career. An unknown narrator laments the demise of his great love Lenore and is visited by a raven, who insistently repeats one word: “Nevermore.” In the work, which consists of 18 six-line stanzas, Poe explored some of his common themes — death and loss.

This lyric poem again explores Poe’s themes of death and loss and may have been written in memory of his beloved wife Virginia, who died two years prior. The poem was published on October 9, 1849, two days after Poe’s death, in the New York Tribune.

Later in his career, Poe continued to work in different forms, examining his own methodology and writing in general in several essays, including “The Philosophy of Composition,” “The Poetic Principle” and “The Rationale of Verse.” He also produced the thrilling tale, “The Cask of Amontillado,” and poems such as “Ulalume” and “The Bells.”

Poe died on October 7, 1849. His final days remain somewhat of a mystery. Poe left Richmond on September 27, 1849, and was supposedly on his way to Philadelphia.

On October 3, he was found in Baltimore in great distress. Poe was taken to Washington College Hospital, where he died four days later. His last words were “Lord, help my poor soul.”

At the time, it was said that Poe died of “congestion of the brain.” But his actual cause of death has been the subject of endless speculation.

Some experts believe that alcoholism led to his demise while others offer up alternative theories. Rabies, epilepsy and carbon monoxide poisoning are just some of the conditions thought to have led to the great writer’s death.

Shortly after his passing, Poe’s reputation was badly damaged by his literary adversary Rufus Griswold. Griswold, who had been sharply criticized by Poe, took his revenge in his obituary of Poe, portraying the gifted yet troubled writer as a mentally deranged drunkard and womanizer.

He also penned the first biography of Poe, which helped cement some of these misconceptions in the public’s minds.

While he never had financial success in his lifetime, Poe has become one of America’s most enduring writers. His works are as compelling today as they were more than a century ago.

The Baltimore home where Poe stayed from 1831 to 1835 with his aunt Maria Clemm and her daughter, Poe’s cousin and future wife Virginia, is now a museum.

The Edgar Allan Poe House offers a self-guided tour featuring exhibits on Poe’s foster parents, his life and death in Baltimore and the poems and short stories he wrote while living there, as well as memorabilia including his chair and desk.

Watch “The Mystery of Edgar Allan Poe” on HISTORY Vault 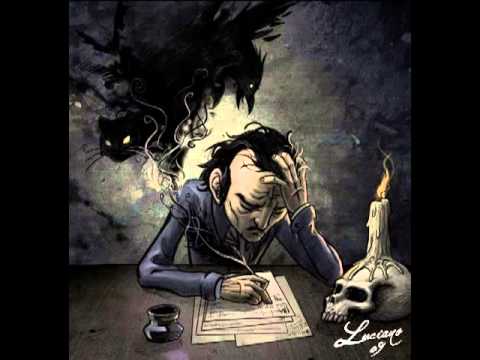 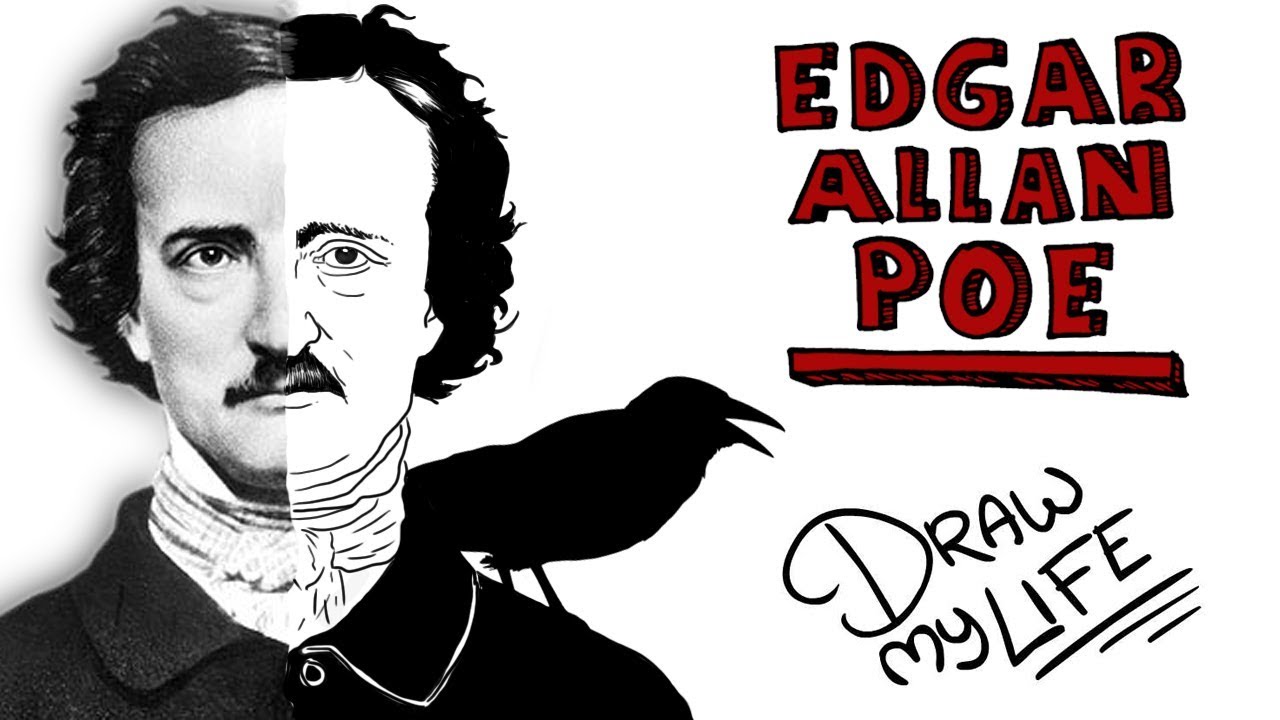 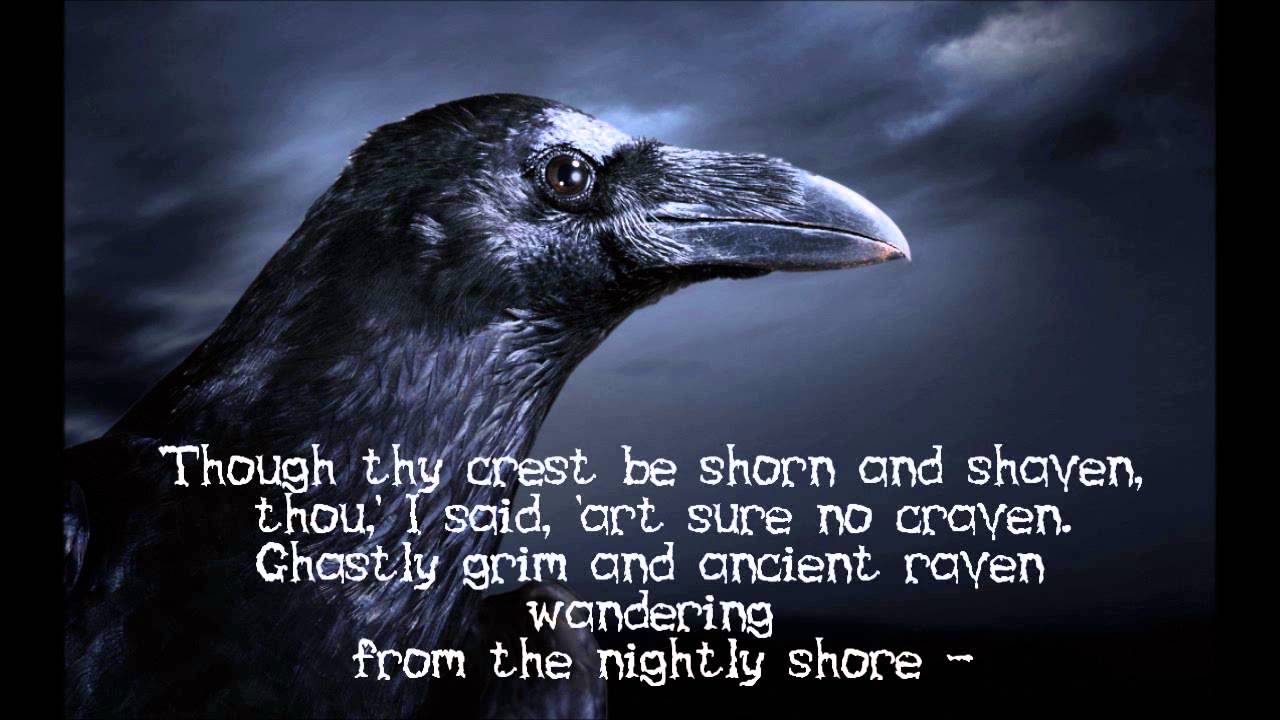 The Tell-Tale Heart by Annette Jung

Ed hates the disgusting eye of his father and so he made up his mind to take the life of the old man to rid himself of the eye forever. Based upon the novel „The TellTale Heart\” by Edgar Allan Poe.
\”The TellTale Heart\” Fan Shop: https://www.redbubble.com/de/people/anetapplehead/shop?artistUserName=anetapplehead\u0026asc=u\u0026collections=2150629\u0026iaCode=alldepartments\u0026sortOrder=recent
A film by Annette Jung 2006
http://www.trickpiraten.de
http://anetapplehead.blogspot.de
This film is distributed by Magnetfilm
magnetfilm.de
please contact magnetfilm, if you are interested in screening it or acquiring a copy. 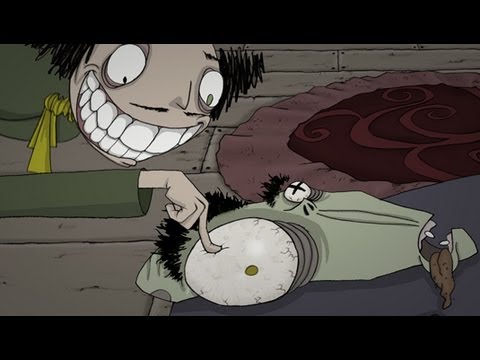 Why should you read Edgar Allan Poe? – Scott Peeples 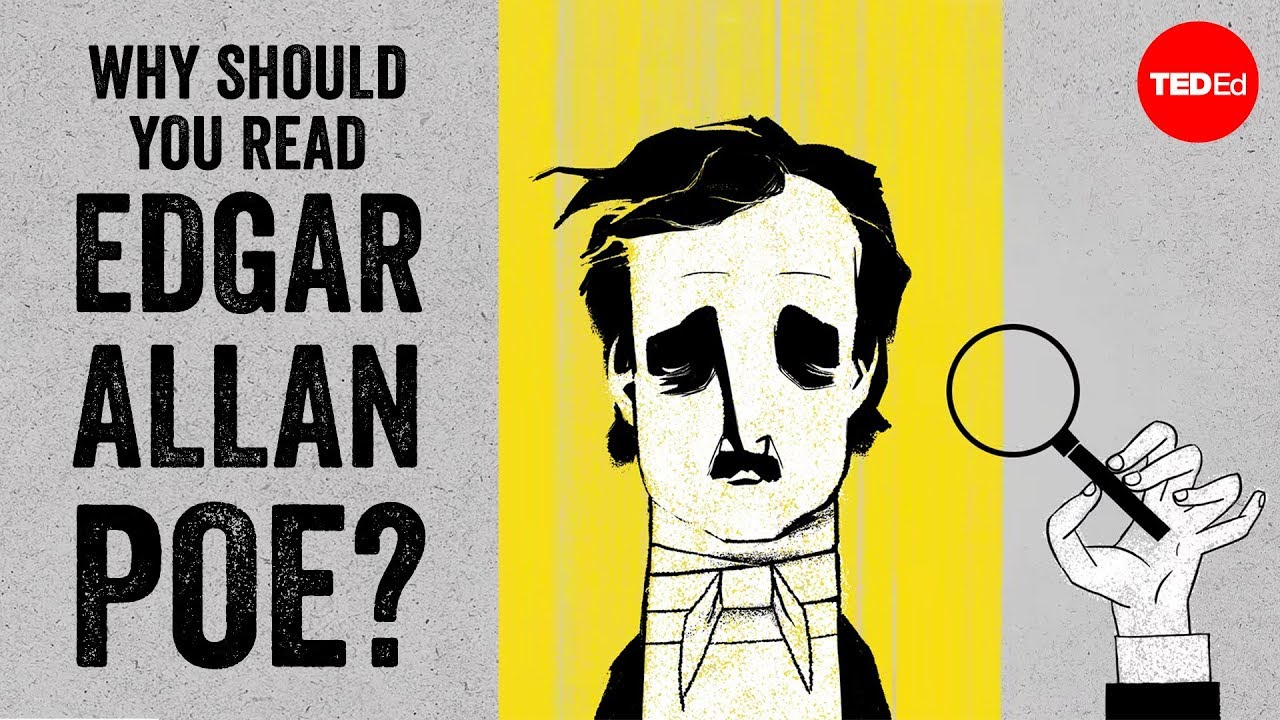