One last note. This Windows games pack installers is provided by winaero.com, thanks to them. During installation wizard you will see a checkbox indicating that you want to discover Winaero Tweaker.
If you don’t want this additional setup, you can simply clear the checkbox and continue installing the games.

Download Purble Place and other Windows Games for Windows 10

To install Purble Place and other games including Mahjong Titans, FreeCell, Solitaire game and Minesweeper, etc on Windows 10 (or on Windows 8) PC, first download Windows 7 games package setup files in a compressed format from following URL:

After you download the compressed .zip file named Windows-7-Games-For-Windows-8-and-10-Multilanguage-x86-x64.zip, extract it on your Windows 10 PC.

Win7GamesForWin10-Setup.exe is the setup program for installing Windows 7 games on Windows 10 machine.
The main Purble Place download or other games download like FreeCell, Solitarie, etc is this executable file.
After we check the text files, we will continue classic Windows games setup by running this installation file.

Win10 user can find the list of Microsoft Windows games list which we were used to see with previous Windows operating systems in info.txt file.

Windows games that are installed with this game pack download on Windows 10 can be listed as follows:
I keep the Purble Place game at the first place,
Then the Mahjong Titans game,
Solitaire game, and the Spider Solitaire game as well,
Classic Minesweeper game since the first release of Windows,
FreeCell game,
Hearts game,
An other game Chess Titans for chess players,
And the internet games including;
Internet Backgammon,
Internet Checkers,
Internet Spades

Besides the names list of games that are shipped with this game pack for Windows 10, info file includes details about the languages of the games as well.

Also in the languages.txt file a list of 35 languages is displayed for the Windows 7 games on Windows 10

Install Purble Place and Other Windows Games on Windows 10

User Account Control message can be displayed for required permissions to install games on Windows 10. Press Yes to continue.

Select the installer language on the next step

The Windows 7 games setup wizard welcome screen will be launched automatically after the installer language is selected.
This setup program will install Purble Place and other Windows games on Windows 10 PC where all these games are missing by default.
Microsoft expects users to download games from its Store afterwards.

Press Next button to continue setup.

Here are the games and other components that you can configure for setup.

There is a detail information here giving the total space required for all. The setup requires 154.4 MB disk space on your storage.

I recommend not to make any changes on this setup screen and continue installation process by pressing Next button.

Although the Windows 7 games installer screen enables the user to install games into different folders than the suggested file folder, since it might affect the success of the installed games keep the destination folder unchanged.

If you change the destination folder by pressing Browse and choosing an other one, the wizard will warn you not to alter the predefined installation folder.

If every thing goes fine, the setup of Windows game Purble Place and other Windows 7 games will be successfully completed on Windows 10.

Click Next button and then Finish to end the setup.

I thank the developers who have prepared this Windows 7 games pack download and setup program; woot332, Tito, moderate and 653144 for their work.

After you download Purble Place setup file and install it on Windows 10 PC you are using as illustrated in previous steps, now you are ready to play Purble Place on your Windows 10 computer.
Press Windows button to display Start menu. Then click on All apps

On alphabetical list, go to G. You will see Games and under Games node the list of all Microsoft Windows 7 games listed and installed on Windows 10.

By pressing any of these games, you can play it on Windows 10.

Especially the girls love to play cake baking games. And Comfy Cakes is one of the most loved Purble Place. Kids can play it on Windows 10 after this setup.
Here is my first cake from the Purble Place Comfy Cakes game.

Purble Pairs is an other cute game from the Purble Place game. It is a matching game where the children try to match cute Purble characters and their accessories.

Keep playing Purble Place game on Windows 10 just like you can now play the other Windows 7 games missing on your new Windows 10 computer. 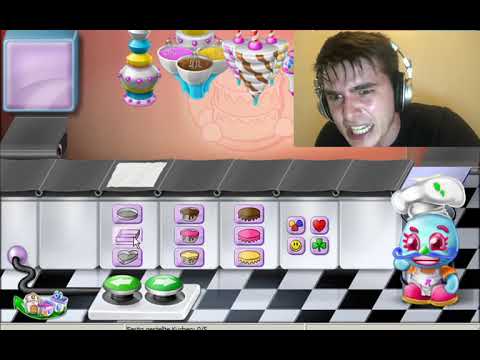 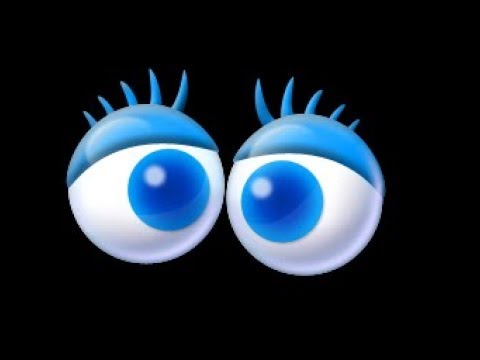 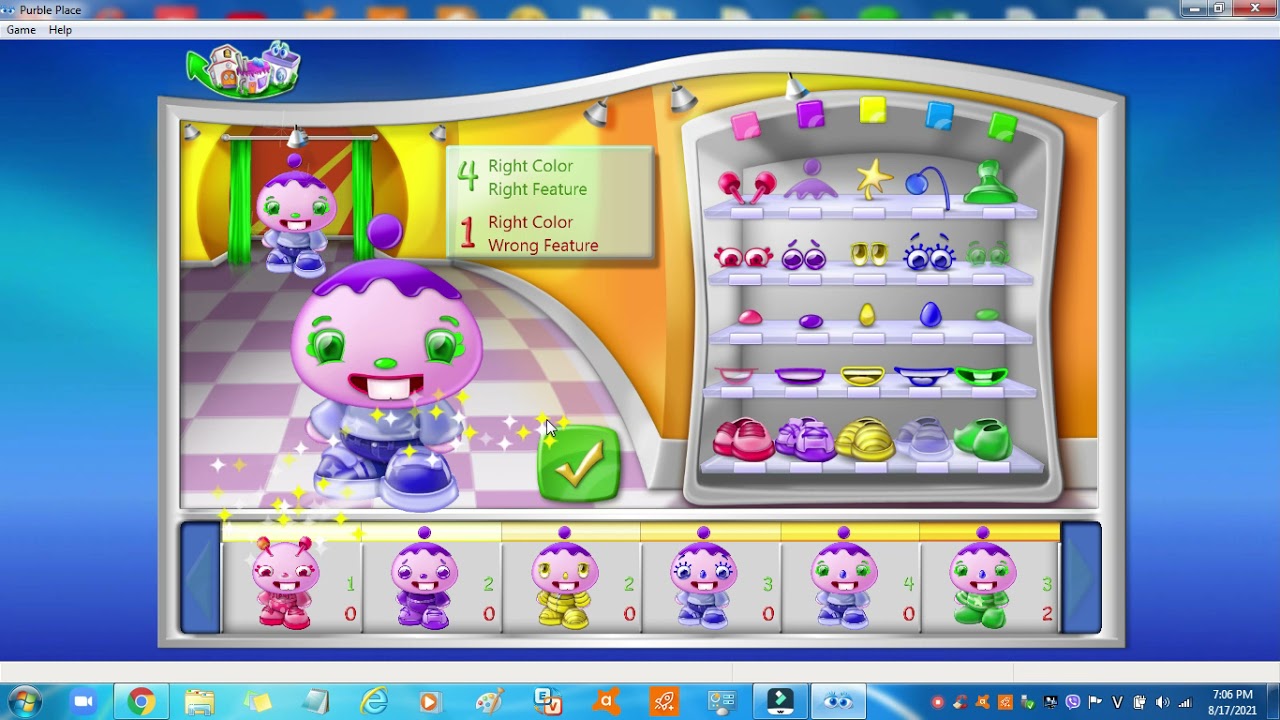 i play Purble Place for the first time in 10 years…

I play a game I used to play all the time when I was younger, Purble Place 🙂
join my discord! : https://discord.gg/jfFhJE3P4m 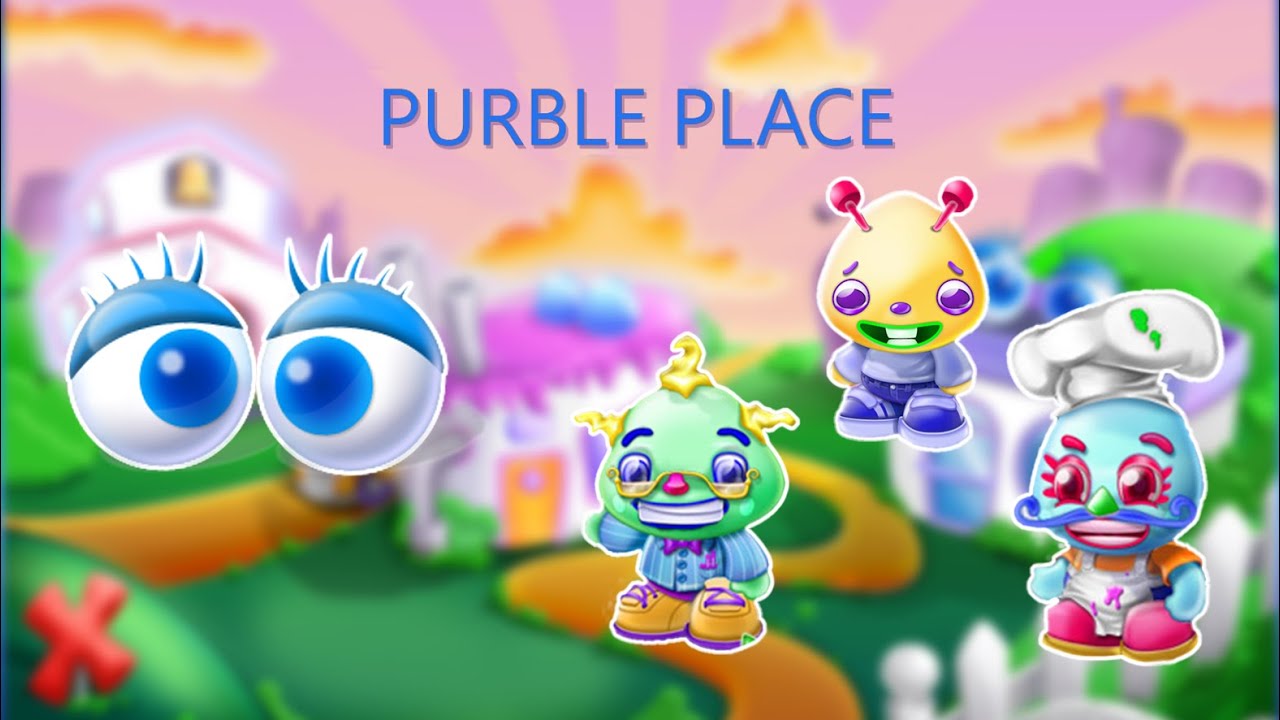 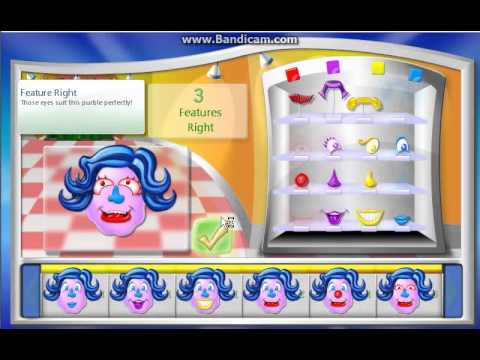