Raj Kapoor an actor, producer and director of Indian cinema is regarded as one of the greatest and most influential actors and filmmakers in the history of Hindi cinema. Raj Kapoor made his debut in Bollywood at the age of ten in 1935’s Inquilab. He has entertained the audience with some amazing films like Awaara, Shree 420, Chori Chori,  Anari, Boot Polish, Ab Dilli Door Nahin, Sapnon Ka Saudagar and more. Besides being an amazing actor, the founder of RK films and the inspiration of Bollywood was a die-hard romantic.

One can never forget his epic saga with one of his co-star Nargis. Raj Kapoor had famously said that his wife was the mother of his children but Nargis was the mother of his movies. Raj Kapoor met Nargis when she was a star, a veteran of eight films in 1945. She was 20, Raj was 22 and new to the celluloid world. In 1948 the two were paired together in Aag. After being paired up in many films, they grew close together. Nargis was totally committed to Raj Kapoor, she put her heart, soul and even her money into his films.

Raj Kapoor also loved Nargis very much but he was already married and had children but despite this Raj Kapoor had told Nargis many times that he would marry her. Nargis was madly in love with Raj and longed to become Mrs. Raj Kapoor. After 9 years of a long relationship, Nargis started to feel that Raj is not paying attention to her. She started feeling alienated in his movies and was unhappy with the roles he was giving her.

In the year 1955 in Shree 420, Nargis was discontented with her non-glamorous role. Hence in anger, she signed Mother India in the year 1957 without telling Raj Kapoor. This hurt him badly. During the shoot of Mother India, the set caught fire and Nargis’ co-star Sunil Dutt saved the actress. He was so burnt while saving her that he was even admitted to the hospital. After this incident, Nargis and Sunil fell in love with each other.

ALSO READ | Did you know Karisma Kapoor wanted to be a part of grandfather Raj Kapoor’s film Henna?

The two got married to each other in the year 1958. Raj Kapoor was devastated on hearing Nargis’ marriage to Sunil Dutt. His wife Krishna Kapoor had said, “Night after night he would come home drunk and collapse in the bathtub weeping.” Raj Kapoor always felt that Nargis had cheated him. In an interview given in 1986, Raj Kapoor had said that Nargis had cheated him by signing Mother India and he never forgave her. Even after Nargis bid adieu to the world, at her funeral, Raj Kapoor stood with the outsiders. While everyone called him to come closer to her lying corpse, the actor refused to do so.

For the uninitiated, Nargis died in 1981 of pancreatic cancer, only three days before her son Sanjay Dutt made his debut in Hindi films with the film Rocky. In 1982, the Nargis Dutt Memorial Cancer Foundation was established in her memory. The award for Best Feature Film on National Integration in the Annual Film Awards ceremony is called the Nargis Dutt Award in her honor.

Raj Kapoor suffered from asthma in his later years; he died of complications related to the disease in 1988 at the age of 63. He collapsed at the event where he was to receive the Dadasaheb Phalke Award and was taken to a hospital for treatment. He was hospitalised for about a month before he succumbed to complications arising from his asthma.

Check out the video here: 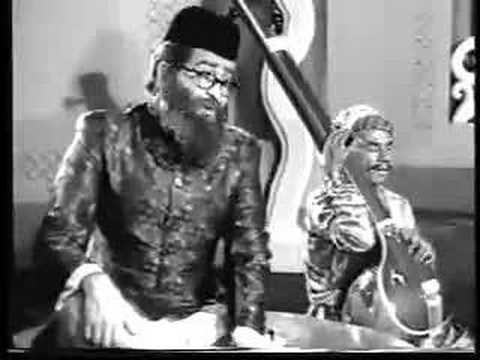 Synopsis: A country boy, Raj (Raj Kapoor), from Allahabad, travels to the big city, Bombay, by walking, to earn a living. He falls in love with the poor but virtuous Vidya (Nargis), but is soon seduced by the riches of a freewheeling and unethical lifestyle presented to him by an unscrupulous and dishonest businessman, Seth Sonachand Dharmanand (Nemo) and the sultry temptress Maya (Nadira). He eventually becomes a confidence trickster, or \”420,\” who even cheats in card gambling. Vidya tries hard to make Raj a good man but fails.
Meanwhile, Sonachand comes up with another scheme to exploit poor people, whereby he promises permanent homes to them at just Rs. 100. The scheme pays off, as people start hoarding money for a home, even at the cost of other important things. Vidya’s contempt for Raj increases even more. Raj becomes wealthy, but soon realizes that he paid a very high price for it. When Raj discovers that Sonachand has no plans to fulfill his promises, he decides to make wrongs right.
Raj takes all the bond papers of the people’s homes and tries to flee Sonachand’s home, only to be caught by Sonachands and his cronies. In a scuffle that occurs, Sonachand shoots Raj and he falls unconscious. When people hear the shooting, they come and see Raj nearly dead. Sonachand tells police that Raj was trying to flee after stealing money from his safe, hence Sonachand shot him.
Upon this, the ‘dead’ Raj springs back to life and using pure logic, proves Sonachand’s guilt. Sonachand and his partners are arrested, while Vidya happily forgives Raj. The film ends with Raj saying \”Yeh 420 nahin, shree 420 hain\”.
Director: Raj Kapoor
Producer: Raj Kapoor
Music: ShankarJaikishan
Main Cast: Raj Kapoor, Nargis, Tun Tun, Iftekhar… more
Genre: Social
Banner: R. K. Films
Release: 1955
Like Comment Share Don’t forget to LIKE the video and write your COMMENT’s
Statutory Declaration: Contents of this Film,Scene,Song which was released, as per available sources now are in the public domain since the term of copyright has expired,under the copyright act 1957.
If You Like The Video Don’t Forget To Share With Others \u0026 Also Share Your Views.
Your One Stop Destination For All The Latest Videos Subscribe Now!
http://www.youtube.com/subscription_center?add_user=SeplVintageMovies 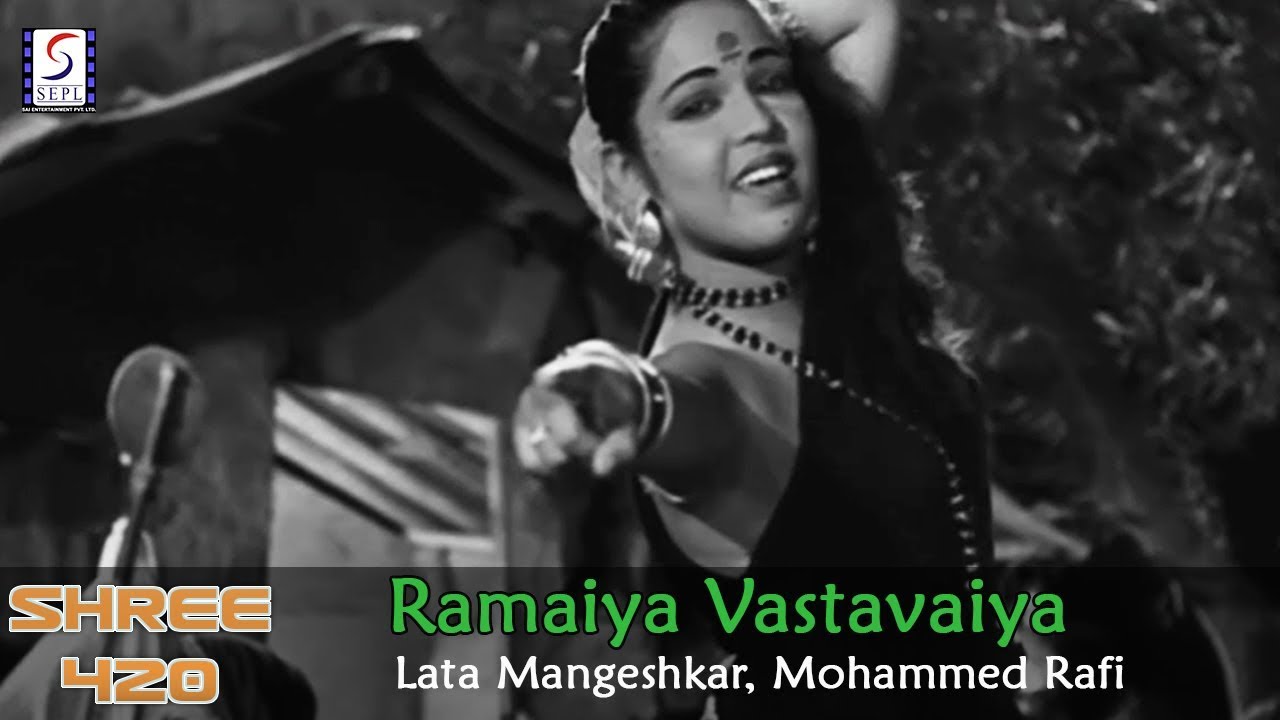 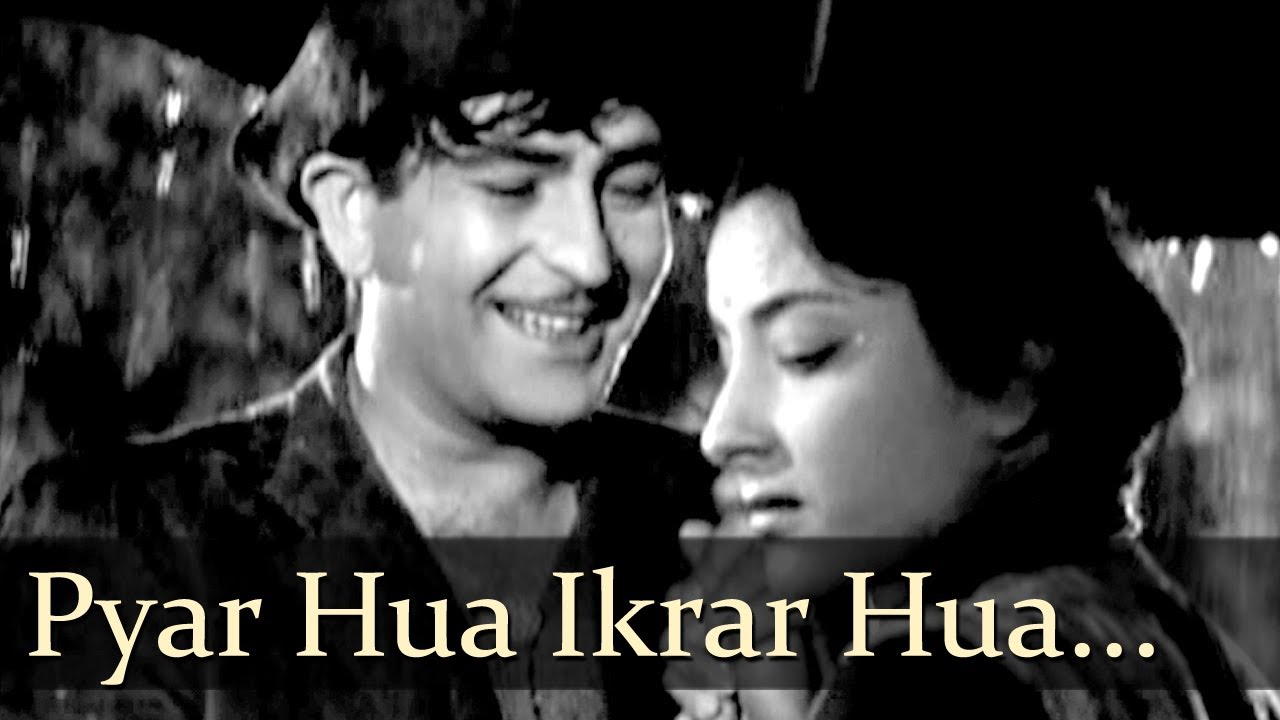