Book links take you to Amazon. As an Amazon Associate I earn money from qualifying purchases.

Book links take you to Amazon. As an Amazon Associate I earn money from qualifying purchases.

Walter Tevis is a bestselling literary fiction and science fiction author from San Francisco. Born in 1928, he was seven years old when he learned how to play chess. As a nine-year-old, he had a Sydenham’s chorea and rheumatic heart diagnosis and for a year he lived in a convalescent home. While he was at the home, he learned that his parents had moved to Lexington, Kentucky effectively abandoning him. Just like his lead character Beth Harmon, he was drugged at the home so that he would be kept subdued and calm. He was given phenobarbital and he so loved it and has said it was what would later make him a drunk. Walter’s family eventually remembered their son and sent for him though his ticket was paid for by a family friend. He was brought up by very strict parents though his father was an alcoholic and his mother never acknowledged that he was. Talking to the “San Francisco Examiner,” he asserted that living in Kentucky was so surreal he often thought he was an alien. He had to endure beatings from other boys and found little in Lexington that he liked. Tevis finally found comfort in pool and spent much of his time at the Lexington poolrooms. He would also spend some of his time watching gamblers put big money at risk at the Phoenix Hotel. After making friends with a boy he met at the tables, he played every day into the night, and then they would relax with a game of chase late into the night.

As a seventeen-year-old, Walter Tevis got into the Navy and would spend seventeen months in Okinawa. He still loved playing pool but what had changed was that he now had money to play with. He would develop a taste for inveterate gambling that would stay with him for years after his service. When he left the Navy, he got admission to the University of Kentucky to finally earn his bachelor’s. He still spent a lot of time in downtown Lexington as he played at the pool room at Gaunce where he also picked up the style and culture of the denizens and the pool room. Tevis had always been a people watcher and he was fascinated by the different characters that frequented the place and others that just passed through. Some would be road gamblers moving from room to room hoping to make a big score before leaving town to go find somewhere else to play and spend their money. Others would be ordinary people in town just loving the thrill of playing. It was during this time that he worked under AB Guthrie Jr., the Pulitzer Prize-winning novelist and wrote his first story. The short story titled “The Best in the Country” was about the pool hall and was inspired by his many experiences spent gambling. Guthrie loved his work and got him in contact with an agent who then sold the story for $350 to “Esquire.”

After graduating from college, Walter Tevis got a job at Irvine High School in Lexington as a teacher of English. He was still writing short stories for magazines during this time and over the next few years, he would sell his stories to the likes of “Cosmopolitan,” “Playboy,” “Colliers,” “Redbook,” and “Saturday Evening Post. His agent pressured him to write serious long form work but he was reluctant maybe because he experienced long periods of writer’s block during which he ran out of ideas or just lost steam. He has never been one to discipline himself to write and is too Bohemia to develop a routine. While his colleagues and students admired him, his father and wife’s relatives did not think he would amount to much as a writer. His agent would eventually convince him to convert the manuscript for the short story “The Best in the Country” into a novel. However, he would first need to quit teaching and focus on writing. He left his job and found a part-time one editing technical publications at the Kentucky Highway Department. His new novel was titled “This Lovely Green” and was inspired by his favorite Edward Marvel poem. Worried that readers could mistake the novel for a gardening instruction manual, it was renamed “The Hustler” and it took off. The novel was so popular that Tevis was paid $25,000 for the movie rights. He used the money to pay for his doctorate at the State University of Iowa and continues to write.

Upon its first publication in 1959, Walter Tevis’ novel “The Hustler” was deemed the best-written treatise about the game of billiards ever since its invention more than four centuries before. The novel would fast gain a huge audience and became even bigger when it was made into a film starring Jackie Gleason and Paul Newman. “The Hustler” tells the stories of losses and victories of Eddie “Fast” Felson a hustler who traveled the towns visiting pool rooms. His modus operandi was conning strangers into believing he was a novice at the game when in fact he was one of the best at it and had hardly lost a matchup. All is well until he meets the real king of the pool room that is more than his match and he may just have to radically change his life. The novel is a classic story of a man who is struggling with his self-esteem and soul. Even though the Paul Newman film is a classic that threatened to overshadow the novel, this is a much more detailed and richer work. It portrays the lead as a selfish and cold character who does not know that there is another way of living.

Walter Tevis’ novel “The Color of Money” is the story of a broke fifty-year-old man named Eddie that is just coming off the sale of his pool hall and a divorce. He is uncertain about his future and to get his life back on track he needs to get the pool hall back which will cost $60,000. He finds Minnesota Fats his old friend now living in Florida and asks him to work with a small cable TV station that needs them to perform some exhibition games. His friend has not played for half a dozen years but he agrees even though they only get a few hundred dollars for each game but may they might just get syndication from a bigger cable station. Eddie likes the money but finds the tour very unsatisfying. Fats is in his element but Eddie just cannot win and he feels he is out of shape old and unmotivated. Fats tells him to practice a lot and get some eyeglasses and then enter the famous nine-ball tournament where there is much more money to be won. Soon afterward, Eddie makes friends with a silver-haired fortyish woman who speaks with a British accent named Arabella Weems. She is also uncertain of her future having been recently divorced and Eddie thinks this could be a match made in heaven. 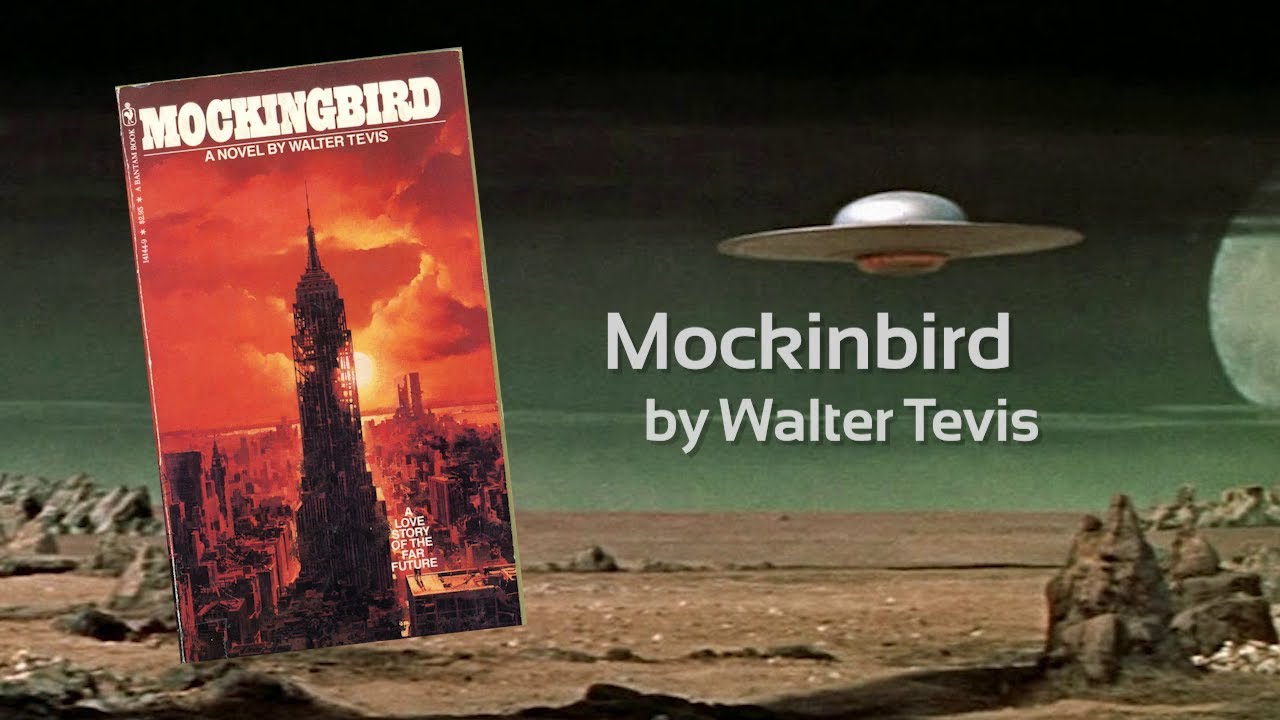 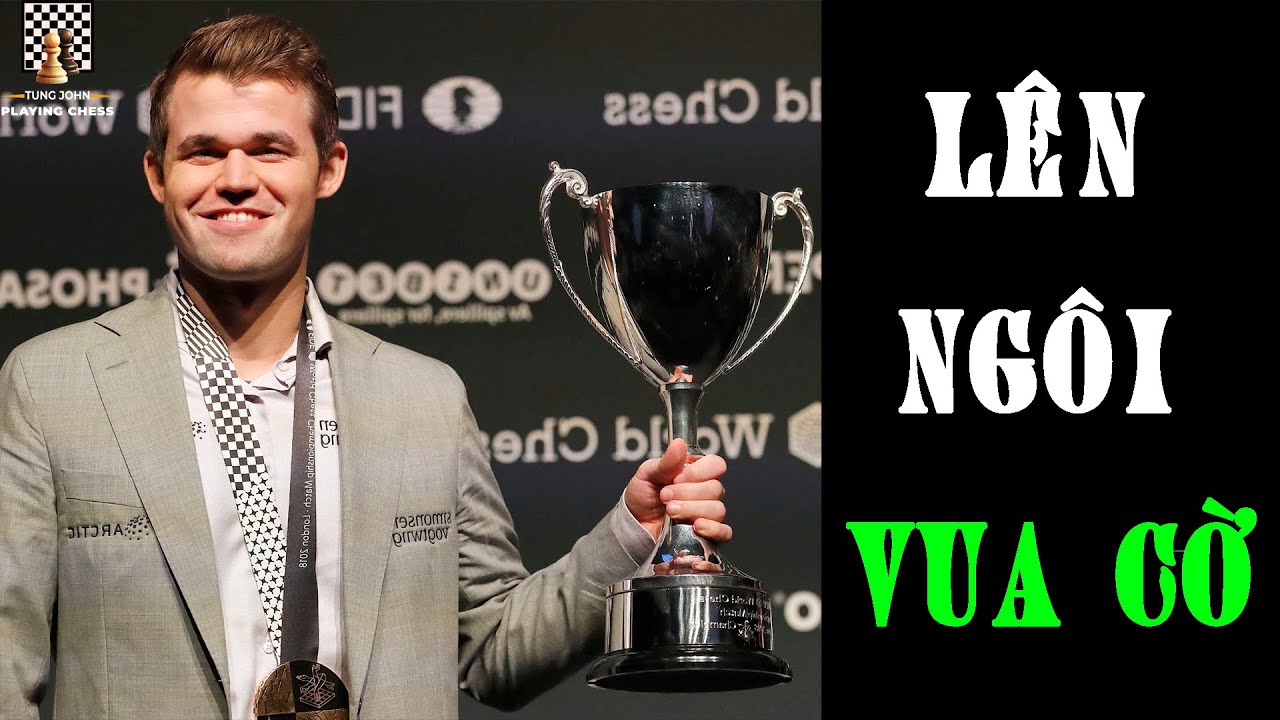 The Man Who Fell To Earth by Walter Tevis | Review

One thing I forgot to mention which is a huge positive for me is that this book doesn’t have ANY sex scenes. The main character doesn’t date or sleep with the one female character. Thank you Jesus.
SF Masterworks Project playlist: https://www.youtube.com/playlist?list=PL9kBzbM9ZY8Bh1JAYHF5nSQ9wQaNnTyBK
booktubesff sfmasterworks
ME ELSEWHERE:
Goodreads: https://goodreads.com/kalanadi
Twitter: https://twitter.com/kalanadi
Patreon: https://www.patreon.com/kalanadi
Instagram: https://instagram.com/kalanadibooks
LibraryThing: https://www.librarything.com/profile/kalanadi
My outro animation is by the wonderful Brock from Let’s Read! (https://www.youtube.com/user/brocksbookbag)
My profile pic is by Dorkabrain (https://www.instagram.com/dorkabrain/)
\”Spacial Winds\” Kevin MacLeod (incompetech.com)
Licensed under Creative Commons: By Attribution 3.0 License
http://creativecommons.org/licenses/by/3.0/ 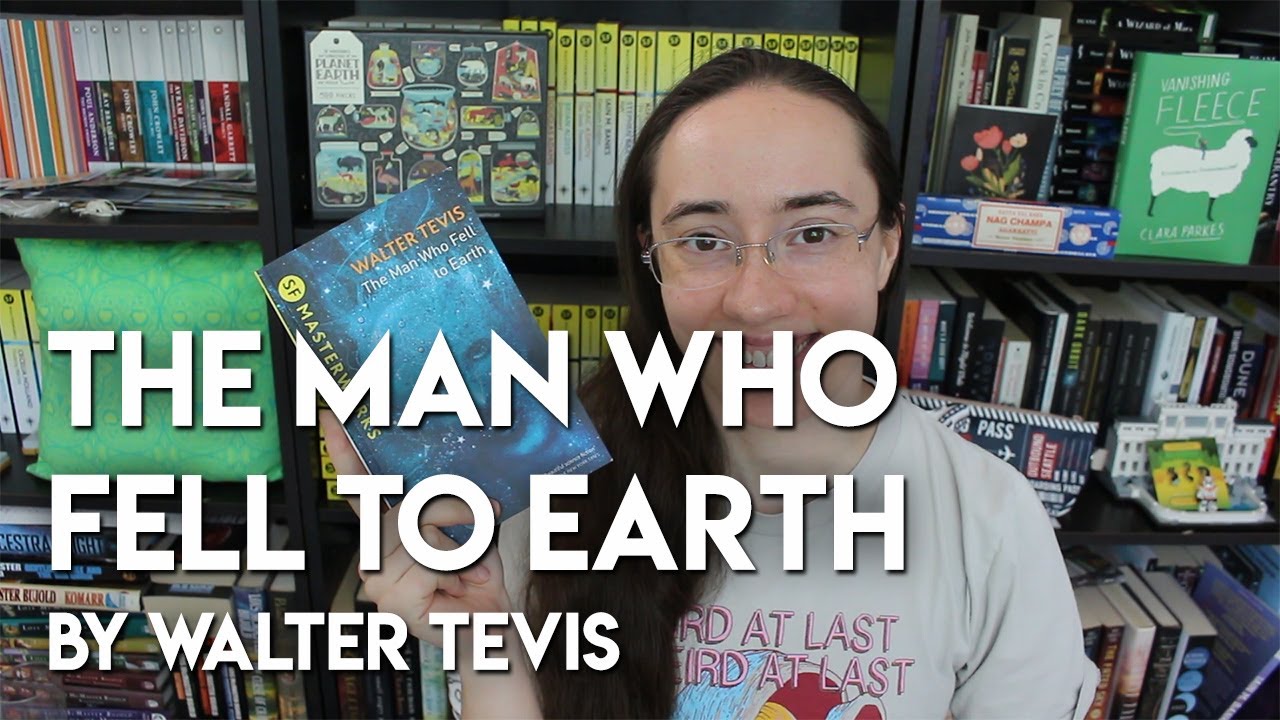 Queen’s Gambit has just won the Golden Globe for Best Limited Series and Best Actressand it’s well deserved. But the movie is based on a book, which is based on the reallife events of Walter Tevis’s life. This video talks about the life of Walter Tevis, and how it influenced his other novels, including The Hustler, The Man Who Fell to Earth, and the Color of Money.
If you’re new, Subscribe! → http://bit.ly/subscribescreencrush
Go here → http://screencrush.com/
Like us → https://www.facebook.com/ScreenCrush
Follow us → https://twitter.com/screencrushnews
Get our newsletter → http://screencrush.com/newsletter/
Written and Hosted by Ryan Arey (http://twitter.com/ryanarey)
Edited by Harriet LengelEnright
QueensGambit GoldenGlobes WalterTevis 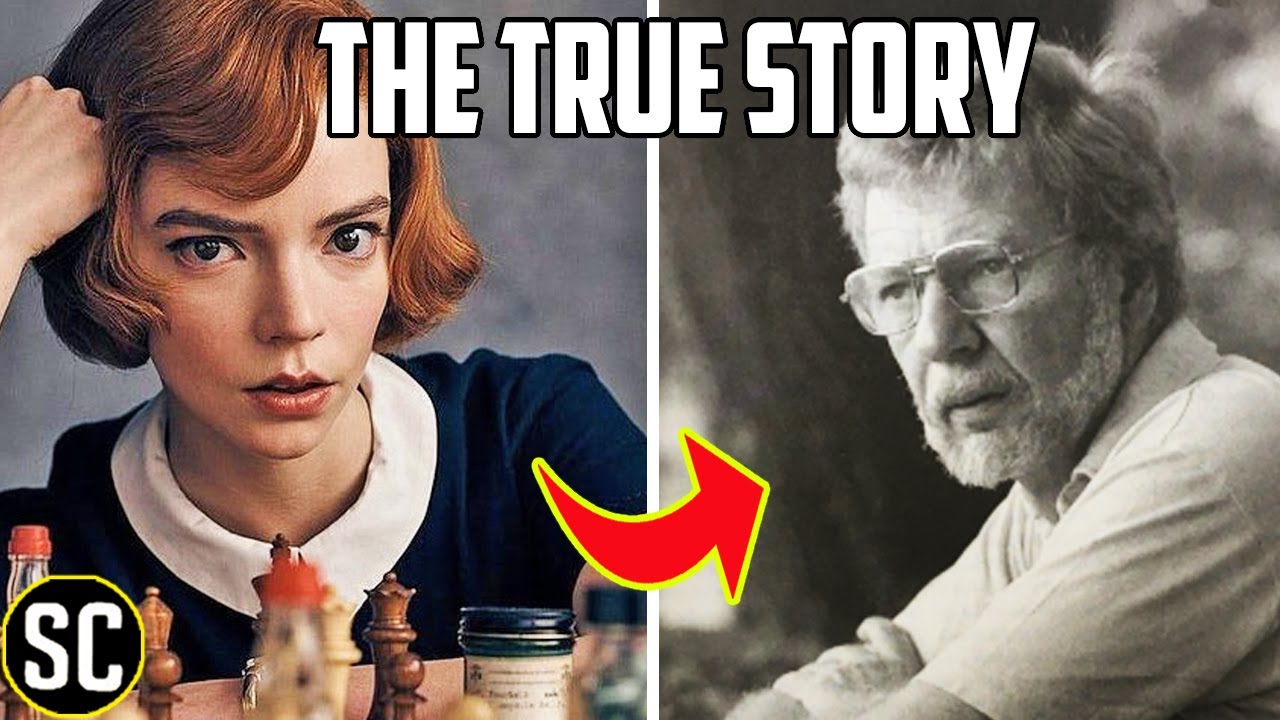 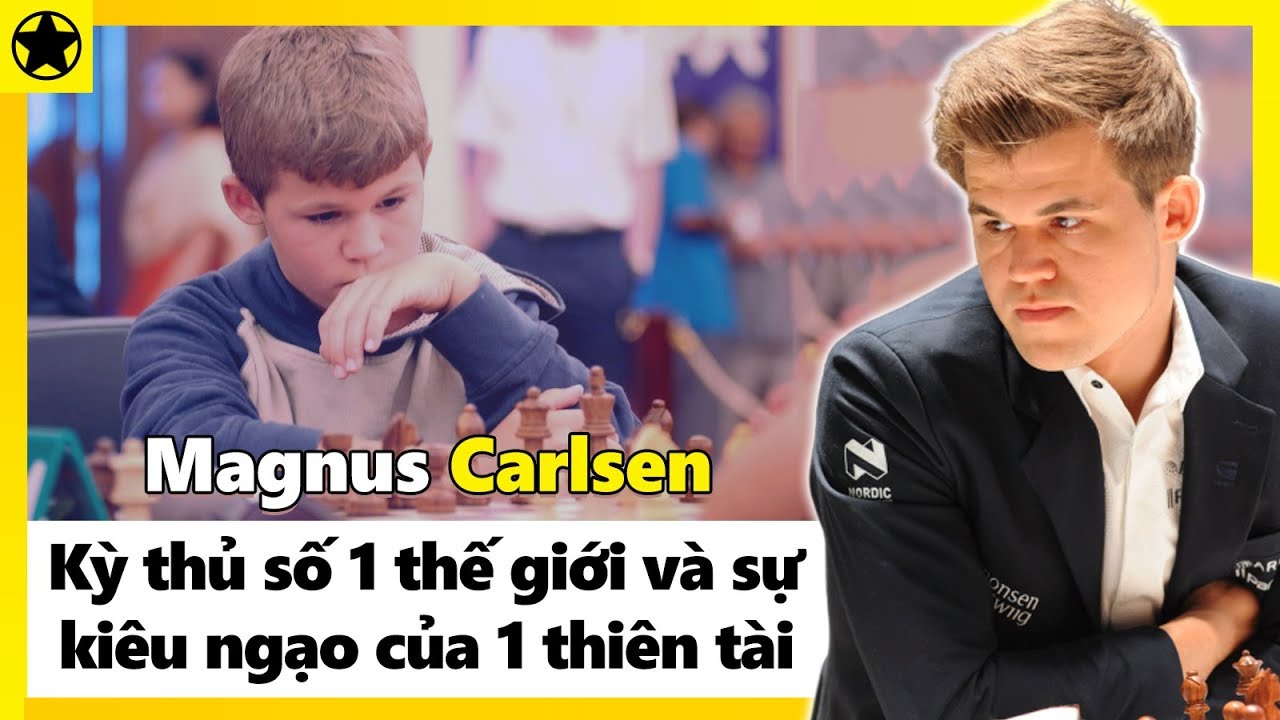